Best League of Legends Champions For My Playstyle 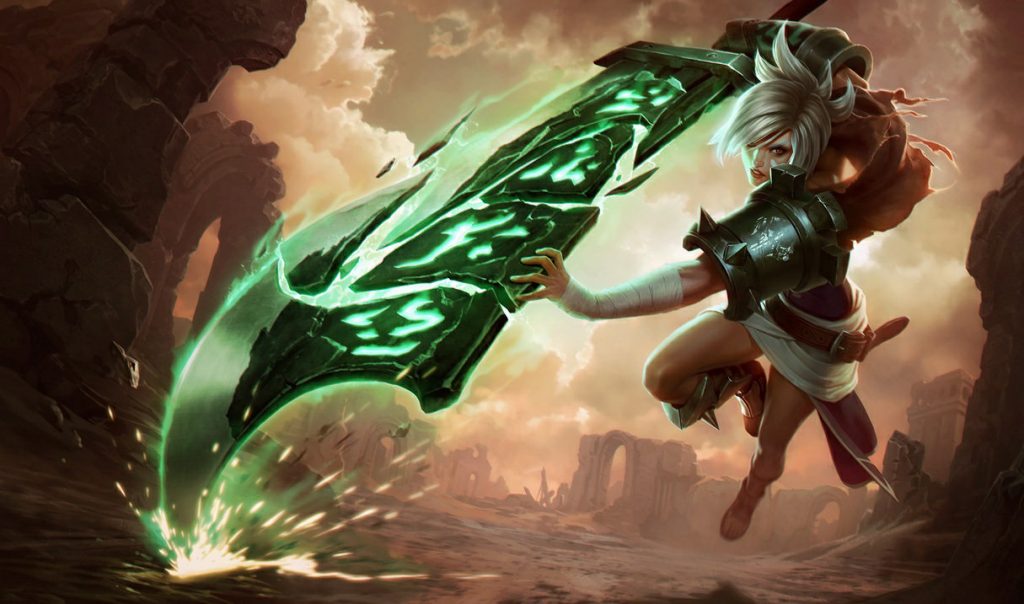 With so many champions in League of Legends, it can be difficult and quite time-consuming to check out all of their abilities to figure out what champions suit your playstyle. League of Legends offers six basic sortable class styles for champions: Assassin, Fighter, Mage, Marksman, Support, and Tank.

What follow here are some more specific playstyles and two examples of champions that fit those playstyles to help you find your perfect fit.

Fight from a Distance

For the players who enjoy keeping their distance when fighting, Caitlyn and Ziggs are great options.

Caitlyn has the highest base auto attack range in the game and, in addition to having mobility from her E 90 Caliber Net to push herself away from enemies, has a very long range R Ace in the Hole, used to snipe enemies.

Ziggs is the quintessential waveclear champion that uses his spells to control zones in teamfights and poke from a distance. His Q Bouncing Bomb can — as its name implies —bounce for extra distance, and his R Mega Inferno Bomb has a huge range of 5300 units.

These champions are not mastered quickly. They are for players who are willing to put the time in to see a great reward as they progress in skill.

Riven has incredible burst as a melee assassin, but mastering her ability to utilize animation cancels brings her to another level. Learning these combinations makes it even harder for enemies to fight back.

Lee Sin has some of the best mobility in the game and player success is reliant on using it well to make the most of the champion. Combining his Q Sonic Wave into W Safeguard to re-position for an R Dragon’s Rage kick on a key enemy player is an example of an important technique to learn.

Up Close and Personal

Amumu and Dr. Mundo are great champions for those who are not afraid to mix it up in the middle of a full enemy team.

Amumu has multiple reasons for being front in center in fights. First and foremost, his R Curse of the Sad Mummy stops all enemies around him from attacking or moving for two seconds. His W Despair and E Tantrum also damage any enemies next to him, meaning he wants to be near as many enemies as possible for maximum effect.

Dr. Mundo does not offer the same crowd control as Amumu, but his R Sadism rapidly regenerates his health and makes him an even harder target to kill. Additionally, his W Burning Agony is an area of effect damaging ability that has no cooldown.

These champions excel at sneaking up on unsuspecting players and using that element of surprise and high burst damage to mask their relatively weak defensive stats.

Twitch’s Q Ambush allows him to be camouflaged for a short duration, meaning he can only be seen by enemies in close proximity to him. This allows him to maneuver around the enemy and set up ganks or the find the perfect position in a teamfight.

Evelynn has camouflage built into her passive, kicking in at level 6. She thrives on moving across the map unseen and setting up her W Allure — a charm crowd control effect — on a singled-out target to set-up her burst combination.

Pantheon and Twisted Fate fit the playstyle of a roam-oriented player who gets excited about showing up to various lanes to turn around a losing fight or catch out an overextended enemy.

Pantheon is a dominant lane bully who thrives by throwing his targeted Q Spear Shot at his enemy during the early levels. With the pressure he exerts in lane, he is able to get great roam timings to use his R Grand Skyfall to jump into a different lane.

Twisted Fate does not have the same dominant laning, but creates his roam timings by having great waveclear courtesy of his Q Wild Cards and W Pick a Card. By shoving the wave, he can use his R Destiny to teleport around the map without missing minions or losing turret damage.

Not the greatest teamfighters, Jax and Tryndamere are for players who like playing on their own in a sidelane and enjoy the invincible feeling of winning almost every 1v1 duel.

Jax also gets great damage scaling in the form of empowered auto attacks from his W Empower and R Grandmaster’s Might. The active on Grandmaster’s Might also gives bonus armor and magic resistance, and his E Counter Strike blocks all attacks for 2 seconds.

Fizz and Zed require some good mechanics to pull it off, but they have the ability to delete an enemy in a single spell rotation.

Fizz builds ability power and has four damaging spells. His R Chum the Waters is the key to his combination — when it hits, the enemy is knocked up, allowing him to follow up with one of his two gap closers and get in range to use his empowered W Seastone Trident.

Zed builds attack damage, and although he only has three damaging spells, they are more than enough to solo out a target. His R Death Mark moves him to his target and after 3 seconds explodes, dealing more damage based on his damage dealt to the target while the mark was active.

Roaming quickly is the calling card for Nidalee and Kassadin, as both have very short cooldown movement spells that are large enough to jump walls.

Kassadin does not get his mobility spell until level 6, but his R Rift Walk allows him to move even faster than Nidalee. Each cast of the spell within 15 seconds increases the damage but also doubles the mana cost, stacking up to 4 times.

Nasus and Veigar are for the player who enjoys sacrificing early power to be a late game monster. Each has an ability that stacks up in damage throughout the game.

For those more worried about protecting their friends and allies from death than trying to inflict it themselves, Janna and Lulu are the perfect picks,

Although Janna does give allies a shield with her E Eye of the Storm and her R Monsoon heals all allies in range, her strength is in peeling enemies off her carries. Her Q Howling Gale knocks up all enemies in her path, her targeted W Zephyr slows an enemy, and Monsoon knocks away all enemies near Janna.

Lulu does have peel in the form of her W Whimsy, but she is at her best when buffing her allies. Using her Whimsy on an ally instead gives movement speed and attack speed. Lulu’s E Help, Pix! gives allies a shield and her R Wild Growth gives allies increased health and knocks up any enemies next to the ally.

In addition to the aforementioned Nidalee, Jayce and Elise are champions with six unique abilities that are form dependent. Their ultimate is a form switch and is available at level one.

Renekton and Katarina are two excellent choices for players who do not enjoy being gated by a mana pool when using their abilities.

Renekton is a fighter commonly taken in the top lane that uses Fury instead of mana. He gains Fury by auto attacking enemies and can use his Fury to empower his abilities with bonus effects.

Katarina is an assassin that is most commonly played mid lane. She has no cost for any of her spells and only needs to manage her spell cooldowns. Her passive Voracity reduces her cooldowns if any enemy champion she has damaged in the past three seconds dies.

For players who like to cheat death and have to be taken down twice, Aatrox and Zilean are two champions to try.

Another manaless champion, Aatrox can survive lethal damage while his R World Ender is active, allowing him to revive and heal for a percentage of his health.

Zilean can not only cheat death by casting his R Chronoshift on himself but can also cast it on an ally champion. If the champion takes lethal damage in the 5 seconds the spell is active, the champion is taken back in time and returns with health.

Blitzcrank’s pull is his Q Rocket Grab. It does not go through minions or monsters but when it hits an enemy, Blitzcrank can follow it up with his E Power Fist to knock up the enemy and his R Static Field to silence the enemy.