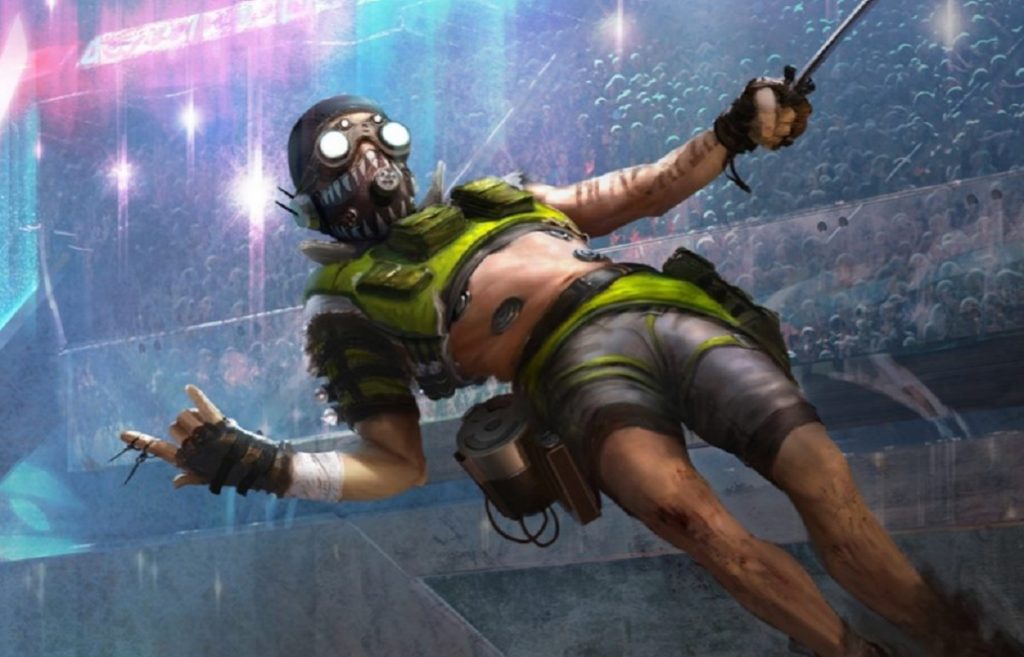 Apex Legends launched their first season on March 19 with the Wild Frontier Battle Pass. The Battle Pass included season exclusive skins and trackers, but players were more interested in the rumored Legend that was floating around the internet. Fans finally got their answer as the first post-launch Legend was announced as Octane.

Players who are looking to pick up the Octane Legend will have to drop 12,000 Legend coins or 750 Apex coins.

Octavio “Octane” Silva was the heir to Silva Pharmaceuticals, but was not satisfied with the business life. Octane was much more interested in death-defying stunts that the world would gawk over. His claim to fame was his speed run on the Gauntlet. Octane beat the world record for a Gauntlet by using a grenade to propel him across the finish line, however, they would coincidentally blow off his legs.

Octane was told by his doctors that the damage was irreversible and his stunt career was over. He turned to his long-time friend, Ajay “Lifeline” Che. Ajay was guilted into placing an order to build Octane bionic legs. With his new mechanical limbs, he decided that his old tricks weren’t enough of a challenge. Octane’s new calling was the Apex Games.

What are Octane’s abilities?

Octane’s abilities are all about keeping him moving and out of range. He runs off of adrenaline, so it makes sense that Octane is bouncing around the area. Like all other Legends in Apex, Octane has a passive, tactical, and ultimate ability.

Octane’s passive ability allows him to slowly regain health over time, as long as he isn’t taking damage. “Swift Mend” restores one point of health every two seconds. This perk allows Octane to save space on heals, while the rest of the squad can share the loot. One of the best Legend combinations we found was Octane paired with Lifeline.

The daredevil’s tactical ability is called “Stim”,  and it allows Octane to run at a faster speed for a short period of time. It’s similar to Wraith’s ability, however, Octane’s is visible to other players. Stim is great for players who are in a pinch and need a quick escape to heal or flank the enemy. With the ability to run 30 percent faster than other players, Octane’s ability could be the boost you need to pick off the rest of the players.

Octane’s ultimate deploys a launch pad that other players can use to jump high into the air or reach tall buildings. His launch pads don’t send players nearly as high as red balloon ziplines, but they can allow players to get the high ground in a fight or create an escape route out of a battle. If players use Octane’s Stim while jumping onto a launch pad, he will go much higher and further due to his 30% speed increase.

What is the best way to play Octane?

Octane is a Legend who is all about speed. He is one of the best characters to use to push fights, and also has the ability to escape quickly. Octane is similar to Wraith, however, Octane is much more visible. Wraith’s abilities allow her to use her portals and Riftwalk to escape fights while she is briefly invisible. Octane is definitely a fast-paced Legend who is best utilized by players who are comfortable with movement.

We found that the best loadout to use with Octane is an SMG paired with a shotgun or an automatic rifle paired with a Wingman. Octane isn’t the best with LMGs or snipers due to his fast movement, which can make landing shots difficult.

I have been able to dump about 20 hours into Octane, and so far, I have been having a literal blast with him. I love using Stim while jumping off a launch pad, as it makes me feel fast and almost unhittable. It’s even more fun using Octane’s Stim to “yoink” level 3 armor away from your friends.

If you have any cool clips of Octane plays, be sure to send them to us on our Twitter @HotspawnEsports!

Other
Share
Amanda has been a gamer ever since she could wrap her fingers around a controller. Her experiences in the gaming industry range from professional competition participation, corporate marketing, all the way to video game reviews. Amanda's entire life has been dedicated to video games, and now her passion is to share her stories and experiences with readers from around the world! Amanda has previously written for Newegg's Gamecrate, ZAM, and Knowtechie.