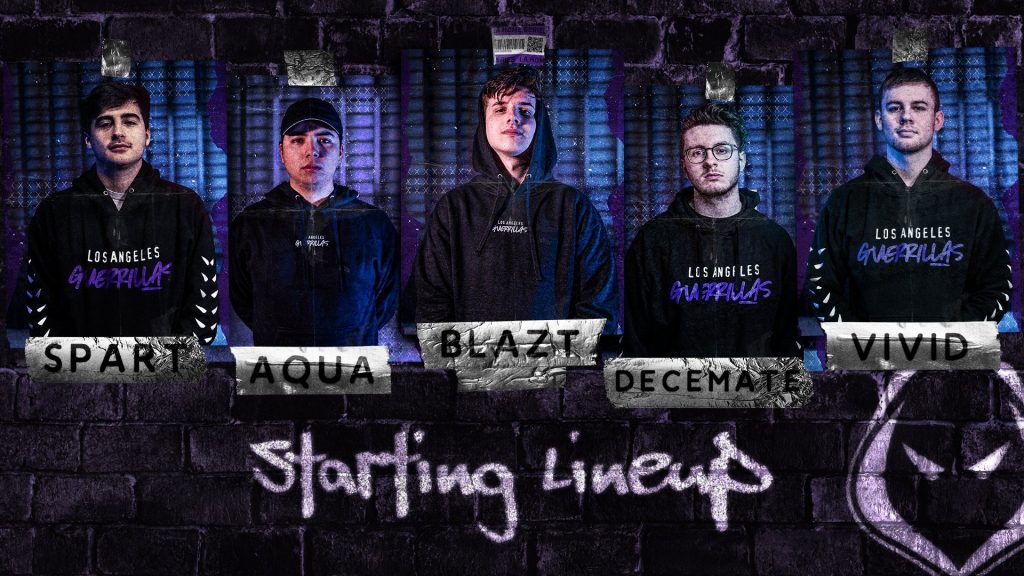 The Guerrillas have benched ACHES, Lacefield and Saints (Image via Los Angeles Guerrillas)

The Los Angeles Guerrillas have announced major changes to their starting roster just in time for their Call of Duty League Home Series this weekend. Kris “Spart” Cervantez, Rasim “Blazt” Ogresevic, and Reece “Vivid” Drost” will be joining Jacob “Decemate” Cato and Ulysses “AquA” Silva in the starting lineup. Patrick “ACHES” Price, Andres “Lacefield” Lacefield and Renato “Saints” Forza have all been benched.

Spart and Vivid are the most recent additions to the team and were not confirmed as starters or substitutes. Blazt has been a confirmed substitute since December. Blazt has the most experience of the three, playing professionally for teams such as G2 Esports and Complexity. Spart and Vivid are up and coming talent in the league with more to prove.

Spart most recently competed with Atlanta FaZe’s academy team and won the Call of Duty Challengers event last month. Vivid recently played for Hybrid Gaming before being signed by Los Angeles. The new additions to the starting lineup will hopefully help the team make up for their disappointing performance so far this season.

Blazt and Decemate have played together in the past which ensures at least some chemistry on the team. Vivid and Spart will be making their first appearance as professionals and fans will have to wait and see if this affects their performance.

The Los Angeles Guerillas are currently ranked eighth in the league and are tied with three other teams with 10 CDL points. The team has a record of 1-3 and a 6-11 map count. The new-look Guerrillas play their first match of the weekend against their hometown rivals OpTic Gaming Los Angeles on March 7 at 5PM CT.