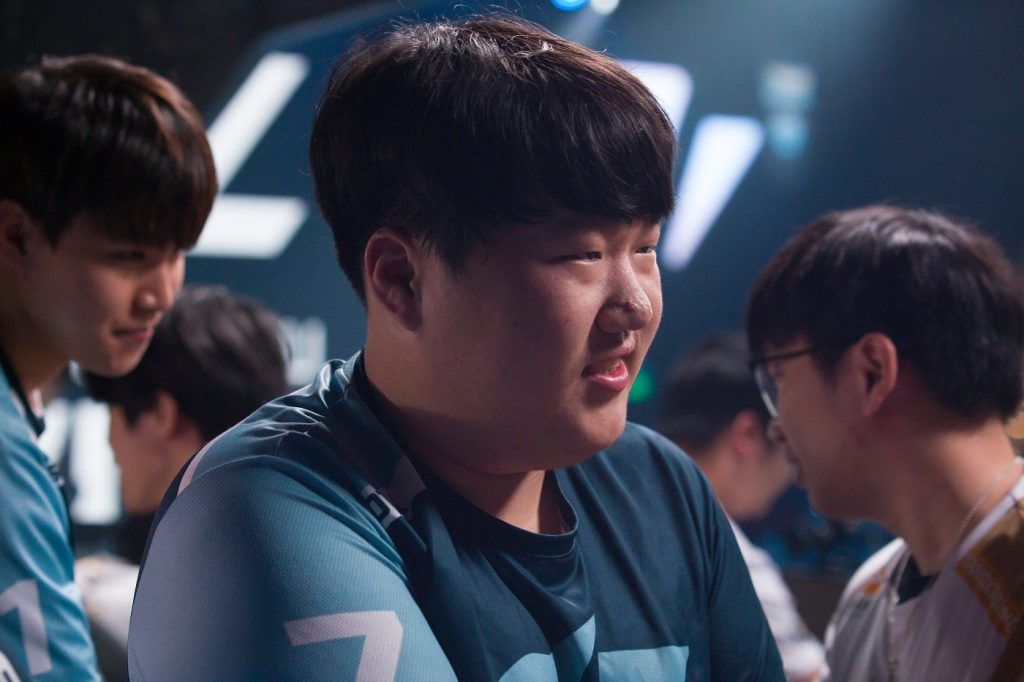 Although the Guangzhou Charge’s Overwatch League season ended just before the playoffs after their defeat against the Seoul Dynasty, the team has seen a dramatic increase in performance since the 2-2-2 role lock in Stage 4. From placing 17th in Stage 2 to third in Stage 4, expectations were high for the expansion team. While the Charge could not overcome the Dynasty in their second play-in match, Choi “HOTBA” Hong-joon provided OWL viewers with their first impression of how new hero Sigma could be played at the highest level.

Hotspawn was fortunate enough to speak with Hotba after his Sigma dominated the Chengdu Hunters in the first match of the play-in tournament. Although the flex tank’s skills were instrumental in the Charge’s victory, HOTBA shared that he initially had difficulties with the hero.

“So when I played Sigma for the first time, I thought that my Sigma was not good. So I played ranked every day to improve. My queues were not too long of a wait for tank!”

While Overwatch’s longer queue times due to role lock did not impact HOTBA’s tank practice, Sigma’s complicated kit provided its own challenges, even the primary fire. HOTBA shares his assessment. “I think his left click, the basic attack – even when enemies are right in front of you – it’s too hard. But now I’ve gotten used to throwing the [accretion], expecting where the enemy will be. And for Sigma’s ultimate, there’s so many variables, so you have to make a lucky shot.”

The high skill necessary to be successful at Sigma may be intimidating, but HOTBA has more philosophical advice for those who want to improve. “Compared to D.Va, Sigma has a lot of things to do and think about. So, like even in your normal life, you might get distracted because you have to think about all the things going around you. That will actually help in-game.”

HOTBA’s thoughtfulness as well as his experience provided a rock for the Charge as they prepared for playoffs. The flex tank’s gameplay in last year’s Grand Finals as a member of the Philadelphia Fusion factored into the Charge’s overall team confidence. HOTBA believes that other factors were vital to the team’s overall improvement, especially the recent 2-2-2 role lock.

“This is our team’s first time in the playoffs. But nobody is nervous, and everyone is confident. So we just play like we always did before. [When 2-2-2 came], Stage 4 was a sniper meta, and we have great snipers on our team. And the other players could play the heroes they were good at. That is why our team synergy and teamwork improved a lot.”

Looking back at the start of the season, HOTBA can’t help but laugh when thinking about the Charge’s first match against the Chengdu Hunters. When asked how the team had grown from then to their final match against the Hunters, HOTBA smiled. “We were like babies when we played Chengdu for the first time, now we’re adults!”

Although the Charge had just defeated Chengdu, HOTBA was already shifting focus to preparing for the next matchup against the Seoul Dynasty. Although teams ineligible for play-ins and playoffs have dispersed, and there is a want to keep strategies close to the vest, HOTBA shared that finding scrims and preparing was not a concern.

However, the flex tank was more troubled for the following day’s match. “I’m a little worried that we opened up with our strategies [against Chengdu]. But still, we will try our best, work a little harder, and eventually the results will show. If we win, we’re better. If we lose, well, that’s that.”

The Guangzhou Charge ultimately fell 4-1 against the Seoul Dynasty, led by Marve1’s own strong Sigma. Although HOTBA’s journey will not take him back to the Grand Finals this year, the results have shown a rapid increase in performance for the Charge, that will hopefully carry through to the 2020 season.