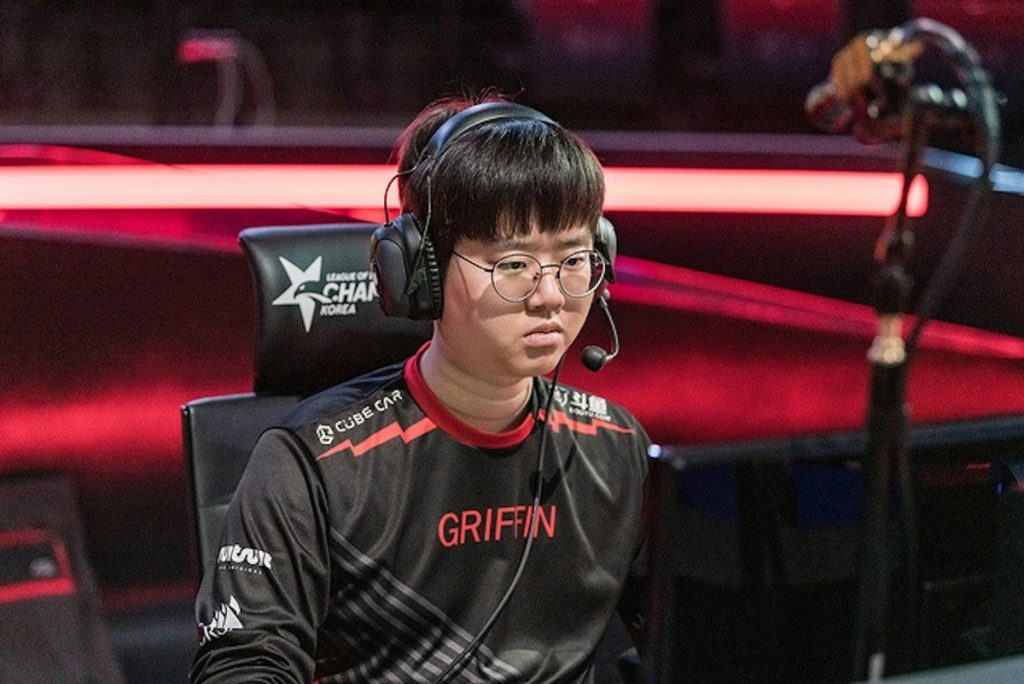 Griffin has announced their roster ahead of the CK Summer Split Challenger League. The team has reformed most of the roster after they left for other teams, free agency, or took a leave of absence. These roster moves come after the team’s relegation to the Challengers Korea League in the Spring Split.

The roster competing in the Summer Season of the CK for Griffin is:

Naehyun, Bay (previously zzun), Wayne and Yusin join the main team from the Griffin trainee roster. With the exodus of their previous talent, the team needed to adopt a core roster. Most of the trainees will continue to play together now on the main roster. These trainees reunite with Hoya, who was brought to the main roster back in February to compete in the second half of the LCK Spring Split 2020.

Hoya originally debuted for the team at the end of February, competing alongside Choi ‘Sword’ Sung-won. However, Hoya will remain as the starting toplaner for Griffin. Sword has announced he is taking a temporary leave from competitive League of Legends. Sword joined Griffin in 2017 and has been with the team since. This break comes after Griffin went from a top–eight team at Worlds 2019 to relegated from the LCK.

Griffin will be unfolding new challenges with our new players. Please send us your kind love and support.

*Sword will take a rest during the first round of the Summer Split.

Finally, Citrus is the newest member of the roster. Citrus has been in Korean free agency since he departed from Team Dynamics in January 2020. He now joins Griffin and will return to the CK league.