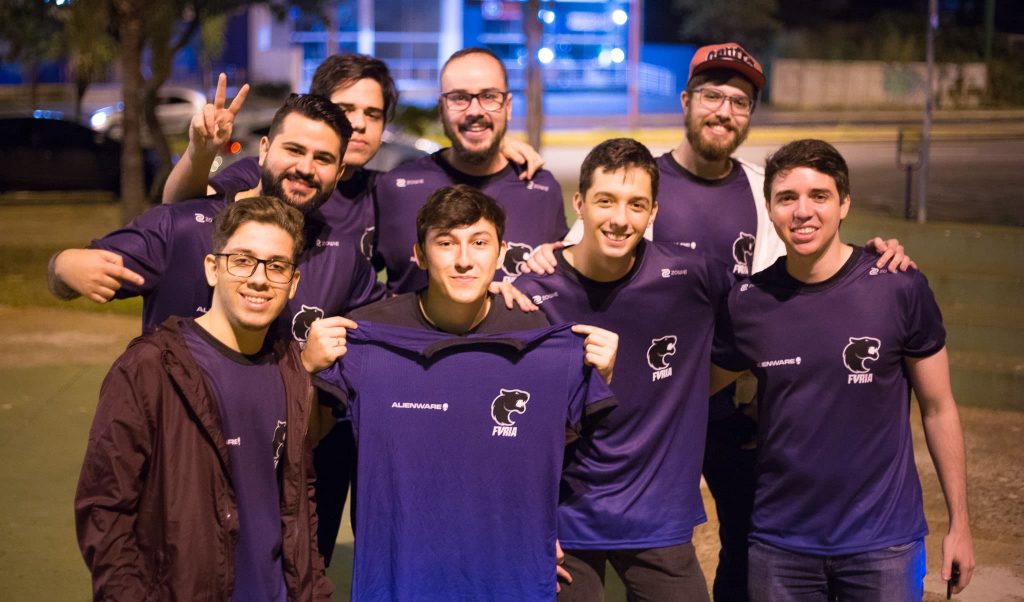 You may not recognize it but teams like Furia play such an integral part in the lifeblood of CS:GO.

The reason I admire HLTV most is for their coverage of small, virtually unknown teams. Looking on their front page at the time of writing this article, I see three articles about teams (FURIA, ORDER and SCARZ Absolute) that the less-than-savvy fan might not know about.

Another website that takes a similar approach but focuses more on the ESEA side of the game is Dust2.us. While they too focus on small teams, their scope is aimed more towards small teams competing in ESEA.

Jumping across the pond, our UK brothers sport their UKCSGO website as the main attraction. Much like HLTV, they also include mainstream CS:GO news while not throwing the smaller players on the backburner.

A lot of websites that I know of and have written for often wave those kinds of news off as “irrelevant”. An editor of mine once said that nobody will read such articles so I asked former DOT Esports writer and editor Connor Bradley how he felt about writing such articles.

“Personally I don’t watch small teams play and generally I don’t pay them a lot of attention,” Bradley said. “Mainly because I know that most won’t go very far and I’d rather spend my time studying the best teams. If it’s not a big team or has players that are notable to the world scene, it isn’t worth it.”

I think the opposite: I think this kind of news is just as important as news about Fnatic or Astralis or any other Tier 1 team. If nobody covers these kinds of teams, who will? They’ll fall even further into obscurity until a player makes some kind of move that puts him into the limelight.

A well-known site like HLTV writing about these teams will make both them and their respective communities feel included in the scene. It’s like a Little League team seeing themselves in a national paper. That’s the kind of feeling you can’t get from a lot of things.

I spoke to fellow esports journalist Michael “Duck” Moriarty to see which side he’s on.

“The grassroots/lower scenes are as important as the top,” Moriarty said. “It’s where the future talent/main player base sits, so covering them will always be important.”

Our very own editor Justin Hartling shares the same idea.

“I don’t mind coverage of smaller teams at all,” Hartling said. “Obviously, the bigger teams are more likely to draw eyes if you just toss their name in a headline but I’m a big believer in promoting the little guy.”

Let’s look on the tournament side of grassroots. Diving headfirst into the cliche, “the grass is greener” on this side.

On the American side, we have SKYLLA.

SKYLLA was founded by former pro Petya Zheleva, Mousesports co-founder Tom Lemke and CSGO player Hege Botnen. It puts small male and female teams against one another with a $17,500 prize pool and aims to promote the kind of teams we’ve been talking about.

There’s Multiplay UK Masters, ESL Premiership, Gfinity, epic.LAN, GAME Belong Arena Clash and EGX. Each of these events aims at allowing small teams to dip their feet in the competitive pool and make a name for themselves.

The other part of Europe has the EPIC Pro League. The league is run by the third-party matchmaking service FaceIt and Russian ESForce Holdings’ tournament division Epic Esports Events.

The league has both open and closed divisions with each division’s best players being able to qualify for the top division. The top division of the Epic Pro League will allow these players to join the FaceIt Pro League, making their pro journey just a bit easier.

Why Grassroots Esports Coverage Is Important

Given this info, it would seem like the US has better independent coverage of small teams while lacking on the tournament side. Right?

Well, to get a better sense of this difference between zones, I asked Duck more about it as that is his area of expertise.

“By virtue of the UK being smaller than the USA, sure, smaller UK teams get more attention on a relative scale,” Moriarty said. “However, the US benefits from having a large talent pool that has grown up alongside the ESEA league system.”

He went on to add that another benefit of ESEA is its forums which have built their own ecosystem of notorious players (for both good and bad reasons).

“It’s a complicated question that doesn’t have a simple answer, depends on which way you look at it,” Moriarty said.

Esports was built on inclusivity, in that anyone anywhere can become a part of it and climb to the top solely based on a skill. That inclusivity should extend to news coverage as well. We need to look beyond the read and comment counter and see this from a more human level. Think about how you would feel if you were in these players’ shoes. Everyone wants to be included and us journalists have the power to start that.