Goldenglue Details the Life of an LCS Player in Quarantine 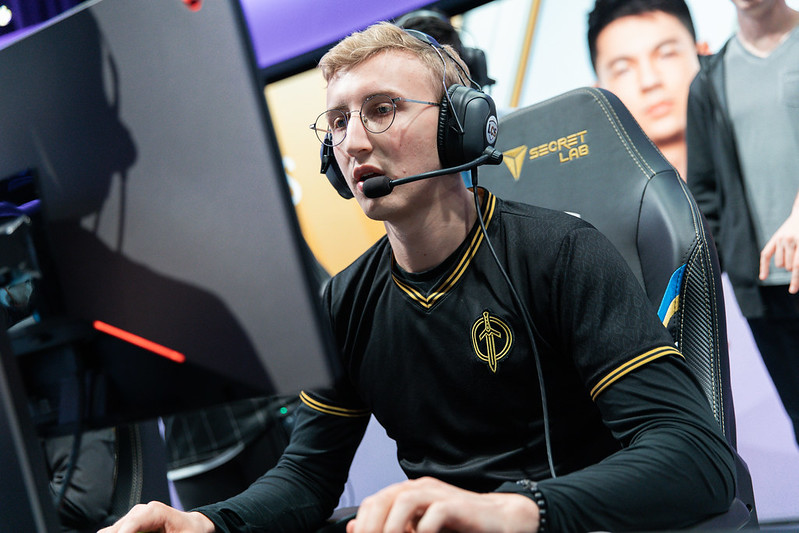 The effects of the COVID-19 pandemic have been felt all over the world for the last few weeks as the situation continues to develop. In the League of Legends scene, various leagues have gone on hiatus, events are being cancelled, and now, all official games are being played on a remote basis.

Due to the recent self-quarantine mandate in Los Angeles, teams have taken necessary precautions to limit their players’ and staffs’ exposure to the virus by staying indoors. In these unprecedented times, things like remote team meetings and player scrims from player apartments have become the norm.

We were able to sit down with Golden Guardians’ Greyson “Goldenglue” Gilmer to gain some insight into how LCS players have been dealing with COVID-19, the effects it’s had on the league, and his thoughts on what the rest of 2020 could look like.

“It’s definitely wild and unprecedented,” said Goldenglue. “I don’t think anyone could have predicted how serious this virus is. I think that it feels pretty weird for most people to be playing LCS online.”

While he said he won’t be looking too far ahead in the future, he did express concerns about the Mid-Season Invitational and whether or not the 2020 Summer Split would be played online. With the Spring Finals for both the League of Legends Championship Series and League of Legends European Championship being relocated from larger venues, many players are worried about when they’ll next be able to play a match on stage in front of an audience. 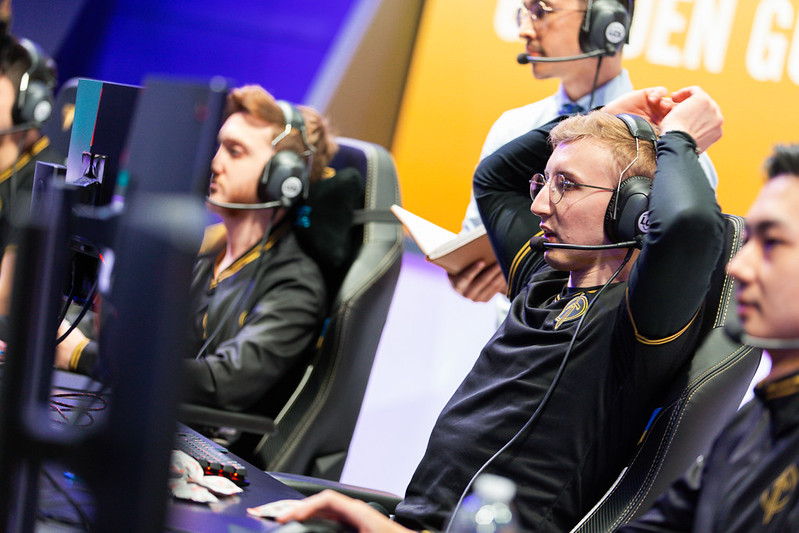 Instead of in front of an audience in an arena, Spring Playoffs will be held online. (Photo courtesy Riot Games)

With the change in environment, players will have to adapt to different ping levels and possibly not even sharing the same room as their teammates for the first time during an LCS match.

“I’ve played in online tournaments a lot in the past, so that’s nothing new to me,” said Goldenglue. “You might see more aggressive, a bit more careless play, but it could be better or could be worse.”

He went on to say that while he believes we’ll see varying levels of play from certain teams, he doesn’t know if it will shake up the standings significantly as it depends on which team adjusts the best to their situation. In week eight of the LCS, we saw significant movement in the standings from teams that were squished in the middle of the back or lower like Evil Geniuses, Immortals and Team Liquid. TSM, who’d been on a surging streak, even had their first 1-1 weekend of the split.

On a personal level, Goldenglue’s been trying to make the best out of the situation. From posting cooking videos on his Instagram to spending some time playing different games by himself or with his teammates like Animal Crossing New Horizons, Stardew Valley, and Call of Duty Warzone.

Come check out my Instagram story if you want to pathetically watch me attempt to cook 😂 pic.twitter.com/VgI0XpAchd

“I’m just trying to play other games and, you know, I’m typically the kind of person who…like I don’t really get bored by myself.” he said. “I would say the hardest part is the social distancing. Not being able to hang out with friends and go out has been kind of hard. But I think that’s the one thing that having LCS online helps a lot [with]. Like I’m practicing League all day, so I’m pretty grateful for that.”

Games have been important for the Golden Guardians in keeping team morale high. Aside from practicing together, they played a team CS:GO match together and have been playing Warzone together in their free time.

With the COVID-19 pandemic response developing quickly and shifting more towards state-mandated quarantines, the impact and potential repercussions have been impossible for anyone to ignore. While Goldenglue thinks that many pros will use this time to focus more on content opportunities, he’s not sure if the situation has encouraged more players to pay more attention to their own health or the world around them.

“I don’t think pro players will be more aware of world events in the future. Obviously, I think everyone is really aware of this situation. but I don’t think it’s going to make [a difference]. Maybe it will, but we’ll see. I think a lot of pro players are very habit-based people and they do the same thing most days.”

Golden Guardians play their last two games of the split on March 28th and 29th as they fight for a spot in the Spring playoffs.