GODSENT Stun G2 to Take First in cs_Summit 6 Group A 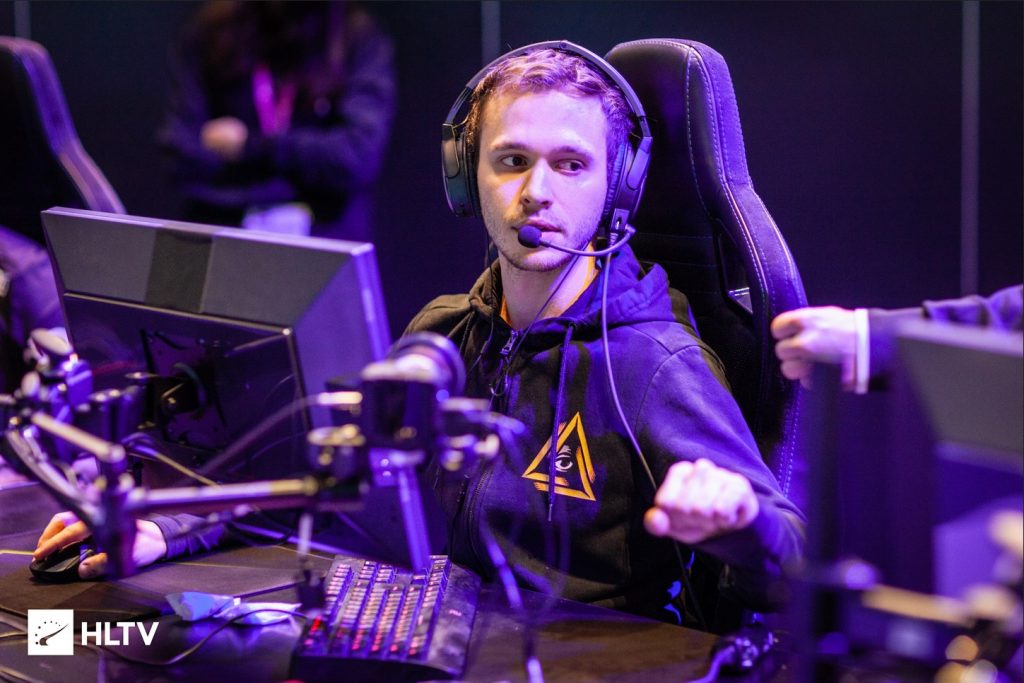 GODSENT have taken first place in a group with mousesports, Fnatic, and G2 Esports (Photo via HLTV)

GODSENT have come out on top of Group A at CS_Summit 6, the second RMR event for earning points towards qualifying for the Rio Major in November. Coming into the group, GODSENT were the lowest-ranked team of the four. After this 2-0 sweep of G2 Esports, they’ve already earned a playoffs berth.

G2’s pick was Train, a long-ranged map where Kenny “kennyS” Schrub could dominate with his signature AWP play. However, GODSENT got first dibs on defense. Pistol round went in their favor, as did the full save from G2. Guns came out for the French-Serbian squad in round three. They barely took down GODSENT’s bonus round with 30 HP left across their remaining players, but were then punched back by a forward hold on the A bomb site.

The theme of the map was set: GODSENT never let G2 get set to do their executes. The GODSENT players often played in aggressive positions with support from their teammates in order to catch G2 unaware. As a result, G2 were always at disadvantages mid-round.

Additionally, the best AWPer on the map was not kennyS, but instead Asger “Farlig” Jensen. He connected 14 shots onto G2 players for 108.5 ADR while only dying nine times over the entire game. In the end, G2 couldn’t find a way to deal with GODSENT’s CT side. The score at the half was 11-4.

GODSENT also looked great on the attack. After G2 won the first two rounds, GODSENT fired back with four consecutive outer site hits in a row to close out the map 16-6.

Still, the battle wasn’t over quite yet. GODSENT still had to close out their own Nuke pick against the top-ranked team in the world. Starting on the less favored T side, Jesse “zehN” Linjala found a 3k to give GODSENT the pistol round. Their 3-0 start would quickly be turned around once G2 had money to buy. Soon enough, kennyS tied the game up while breaking the GODSENT economy.

The strong defensive play wouldn’t end there, as G2 were able to lock GODSENT out of any possible routes in. The final nine rounds of the half saw GODSENT only make it to a site and plant the bomb once. The tabled had turned, with G2 now taking an 11-4 CT half lead.

A T side pistol round win put G2 in an excellent position to ice the game. However, GODSENT’s force buy quickly put them in control of the economy. All of a sudden, it was GODSENT who looked indomitable on defense. With T side AWPing being ineffective, kennyS went from having the highest rating on G2 on Train to the lowest. The Serbian duo of Nemanja “nexa” Isakovic and Nemanja “hunter-“ Kovac tried to step up, but they just couldn’t do it alone.

Conversely, Farlig and Martin “STYKO” Styk had amazing CT sides. They both had 23 kills and over 100 ADR and were the driving force behind the GODSENT comeback.

Overtime would be required to determine a winner, but the momentum was firmly on GODSENT’s side. G2 once again couldn’t succeed on T side making their final total for the series a measly eight. After 3-0-ing the first half, GODSENT found one round on offense to finalize the 19-16 victory.

With this 2-0 sweep, GODSENT have earned first seed in a group with mousesports, Fnatic, and G2 Esports. This result was one of the most unexpected things that could have happened at CS_Summit 6. Their potential first-round opponents will be much easier, giving them a better chance at RMR points. Every placement matters as the teams reach out for Major qualification.

G2 must now face off against Fnatic for the final playoff spot in Group A. A loss here for either team would be very punishing, making them fall in the standings. The match will take place on June 28th at 9:00 A.M. EST.