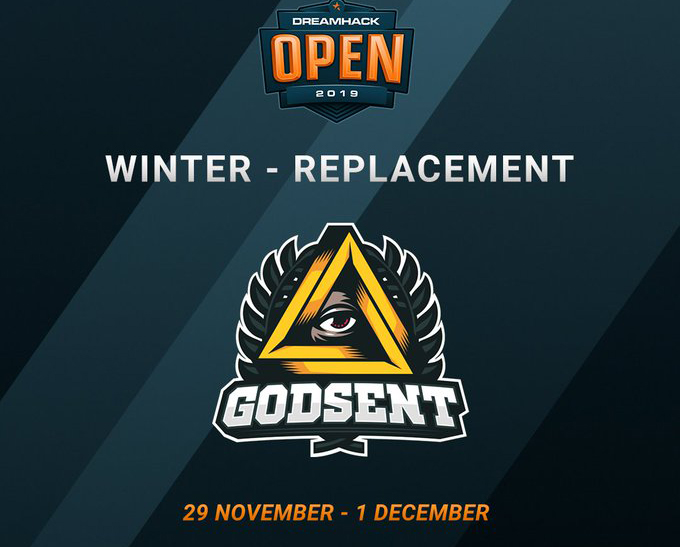 GODSENT won their returning event at WePlay! Forge of Champions (Image via Dreamhack)

DreamHack has announced that GODSENT will replace 100 Thieves at DreamHack Winter. The Australian roster announced they were no longer a part of the eight invited teams at the event on Thursday, without disclosing publicly why. The Australian side was pitched as favorites of the event, due to their current great performances on the global stage.

Taking their place will be the newly returning GODSENT roster. They recently acquired the old SMASH roster, who then won their returning event at WePlay! Forge of Champions last weekend.

GODSENT is a Swedish organization, with known Swedish talent on the roster, including Mikail “Maikelele” Bill and Jonatan “Devilwalk” Lundberg (coach). GODSENT, the newest member to the event may be the hometown team, alongside Marskalk, the other Swedish roster.

Godsent may have a great tournament here, as they are one of the top tier2 teams. They’ll be surrounded by other tier2 teams and teams that are pushing into the global stage, like Furia and Heroic. This opportunity should be great for all those involved.

DreamHack Winter open runs from November 29 – December 1. The tournament has a $100,000 prize pool on the line. You can watch the event unfold over at their twitch channel.