Gladiators Trade Paintbrush to the Fuel 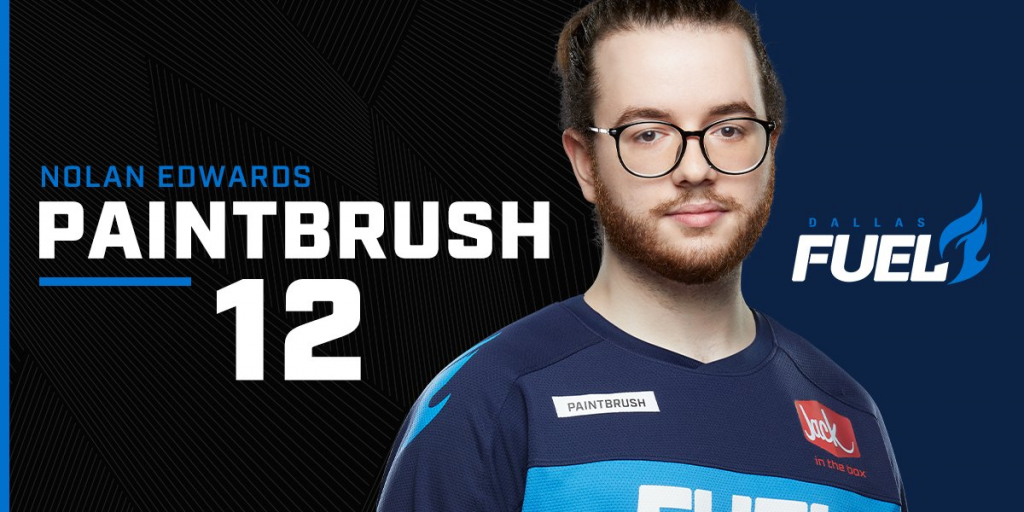 The Dallas Fuel announced on Saturday that they signed support player Noland “paintbrush” Edwards. Paintbrush was traded from the L.A. Gladiators, where he served as a reserve Support player throughout Overwatch League Season 3.

Please welcome @paintbrush to the Fuel fam! He will be joining us from @LAGladiators for the #OWL2020 season. #BurnBlue⁰⁰

Paintbrush has been an active player in the professional Overwatch scene since 2017. In 2018, he played for the Florida Mayhem’s North American Contenders team, the Mayhem Academy. After the Mayhem Academy disbanded in mid-2019, he joined many of his former Mayhem Academy teammates playing for Revival, before finally receiving his first Overwatch League contract with the Gladiators in November of 2019.

Thank you @paintbrush, you exemplify what it means to be a support in and out of game.

You will be greatly missed, but we know you will continue to paint your strokes of greatness! pic.twitter.com/WKoOgimkMs

In addition to his strong support plays in game, Paintbrush is also known as a light hearted teammate who has a passion for fried foods, particularly curly fries. In response to his departure, the L.A. Gladiators put out a bit of a memey video, saying farewell to their former reserve support player. They also replied to the Dallas Fuel’s acquisition post, saying: “make sure he’s getting free delivery on those curly fries.”

…and make sure he's getting free delivery on those curly fries.

Paintbrush put out his own video on Sunday saying: “I am really happy to have had the opportunity to meet everyone and become as close as we have over the past 6 months. The Gladiators have an insane coaching staff, so I have learned a lot throughout the season.” The final line of the video is interrupted by the arrival of his fast food.

The Dallas Fuel are currently ranked 13th in the Overwatch Season 3 standings, with a 5-7 record. Although they aren’t sitting on a particularly impressive season record, the Fuel have shown that they are capable of great things this season, so don’t count them out of Season 3 playoff contention just yet.

Overwatch League will return to action on Saturday, June 13th.