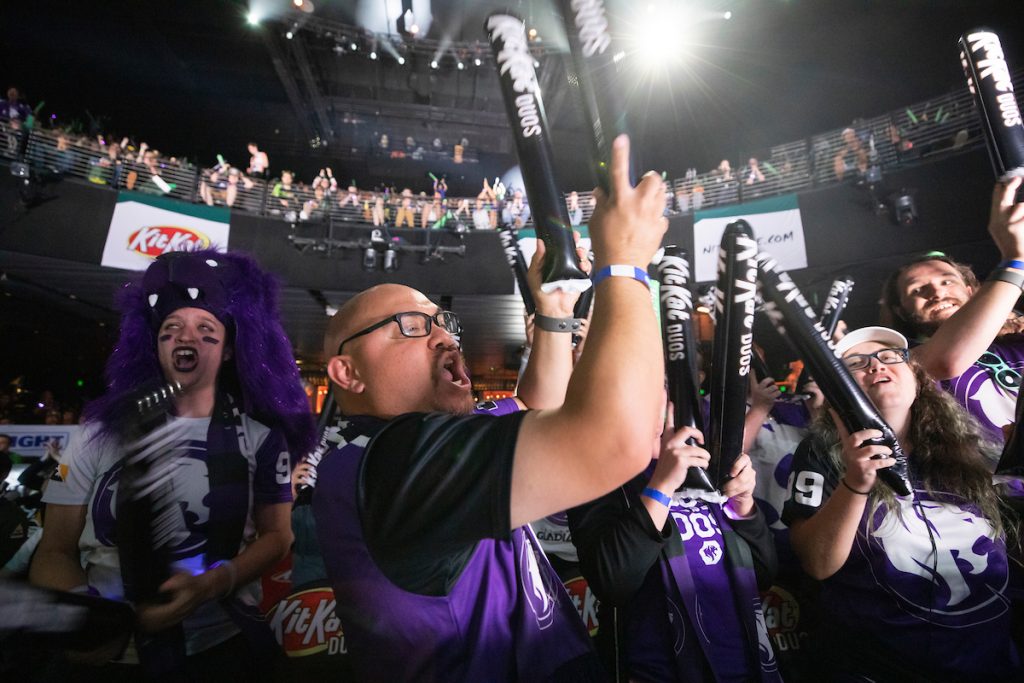 The Overwatch League hosted its final regular season matches of the year this weekend, wrapping up a tumultuous season filled with constant changes and new challenges. Matches were moved online, Hero Pools were introduced, and Philip “ChipSa” Graham even managed to accrue some play time. Some teams used these concluding matches to improve their playoff seeding, while others used them as an opportunity to build momentum for the upcoming postseason.

Los Angeles Valiant swept Vancouver Titans on Saturday and narrowly lost the battle for L.A. to Gladiators on Sunday. Although losing to the rival L.A team may have stung, the Valiant’s victory over the Titans secured their fifth place position on the NA leaderboard, which meant they officially secured a bye straight into the NA playoff bracket.

After starting off their season with a disappointing 2-6 record, many wrote the Valiant off early on. Overwatch League commentator Josh “Sideshow” Wilkerson even made a bet with desk commentator and former Valiant player Scott “Custa” Kennedy that L.A. would end up in the bottom half of teams at the end of the regular season. Should he lose the bet, Sideshow promised to shave a V for Valiant into his hair. It looks like Sideshow will soon sport a V on the top of his head, since he lost that bet by a significant margin.

Despite hoodwinking me, as Valiant didn't play against the good APAC teams this year as originally planned, I will uphold my end of the bet. Packing10 deserves it.

I suggest a reverse shave.

The only hair I keep on my head is the shape of the Valiant logo. https://t.co/KN7QPwp3SG

Head Coach of Los Angeles Mike “Packing10” Szklanny and his crew of mostly rookie players persevered through criticism, a pandemic, and large coaching staff changes to earn a top playoff seed. They surged in the second half of the season, winning over 60% of their matches and qualifying for the May Melee regional tournament with an undefeated qualification record. The team cited a focus on individual mechanics and mental health as key factors in their success.

Valiant’s excellent performance in 2020 shows that with strong leadership, hard work, and the right strategy it is possible to turn around even the roughest of OWL seasons.

Florida Mayhem defeated Los Angeles Gladiators in a 3-1 series on Friday. The victory capped off an excellent 17-7 final record for Florida, which was good enough to earn them fourth place in the NA standings and a bye into the NA playoffs. At the beginning of the 2020 season, Mayhem were on no one’s radar, but after their run to the finals of the May Melee their reputation and record quickly improved.

The stakes for Florida were relatively low this week. Win or lose, they were locked into the fourth seed. Nonetheless, the Mayhem showed up ready to play and determined to win. They put on a great team performance against Gladiators, overcoming them with relative ease with relative ease.

Florida’s DPS players continued to stand out on Friday. Both Sang-bum “BQB” Lee and MVP candidate Jun-ki “Yaki” Kim have proven essential to the Mayhem success this season. Regardless of where the Hero Pools have taken the meta, these two players have been able to consistently adapt. Whether the meta demanded they play Genji, Mei, Sombra, Torbjorn, or Symmetra, they are always up for the challenge.

In the playoffs the gloves are coming off and we will see if Yaki, BQB, and the rest of Mayhem can get the job done when it counts.

Paris finished their regular season strong on Sunday, defeating Dallas in an easy 3-1 match. The victory capped off an impressive 18-6 season for Eternal. Like Florida, they have forwarded themselves as one of the best teams in the league. Paris became the only NA team other than the Shock to earn a regional title this season when they won the Summer Showdown in July.

Paris’ domination of Dallas was expected, especially since Dallas recently experienced a big roster shakeup. Eternal showed off the precise teamwork and carefully planned plays that have been their bread and butter this year. The win added a little more momentum to the team as they head into the playoffs

San Francisco Shock, who already secured the second NA playoff seed, won both of their matches this weekend. It wasn’t all good news though. They swept the Washington Justice on Saturday, but they only barely defeated Reign on Sunday in a 3-2 series.

The Shock victory over Atlanta Reign on Sunday was not a clean affair and showed some real signs of weakness in the Shock’s coordination. They made some questionable compositional decisions and looked out of sync at various points throughout the match. Their disorganization cost them team fights and maps that they should have been able to win. Ultimately they only barely defeated the much lower ranked Atlanta team on the last point of the final map. The match represented a rare misstep in strategy and execution from San Francisco.

Their shaky performance this week follows a loss to Fusion last week. It is possible that they have just struggled to crack the last Hero Pool, but regardless of the reason, Shock looked beatable on Sunday, which is rare. That being said, San Francisco remains the clear front runner heading into the playoffs. Not only are they the reigning 2019 OWL champions, they also claimed victory in the May Melee and the more recent Countdown Cup this season. We can expect to see amazing things from them in their upcoming playoff matches.

After being transplanted midseason from the NA division to the APAC division, NYXL finished the 2020 season strong with a 3-1 win over the London Spitfire on Saturday. The victory brought the Excelsior to a final 16-8 season record and earned them the APAC third seed, behind Shanghai and Guangzhou.

NYXL started and finished their OWL season playing against London, however the first match in February was hosted in New York, whereas Saturday’s final match was hosted in Asia. This is because both teams ended up moving their operations and players to Korea in March due to COVID-19. Despite the upheaval and stress of moving, NYXL managed to make the most of the transplant, elevating themselves to be one of the top teams in Asia.

NYXL will now look to become one of the two APAC teams to advance to the final playoff bracket, but to do so they will likely have to defeat either Shanghai or Guangzhou. They have defeated Charge three times in 2020, so they could certainly overcome them. However, they have yet to beat Shanghai this season, so winning that match would be a difficult endeavour for them.

Gladiators entered this final week of Overwatch League determined to prove that they should be taken seriously. They were scheduled to play a marathon of three games against highly regarded teams this weekend. They managed to win two of those games and move up to sixth place on the NA leaderboard. As the sixth seed, they will have a bye through the first round of the NA knockout tournament along with seventh seeded Atlanta Reign and eighth seeded Dallas Fuel.

Gladiators lost pretty convincingly to Mayhem on Friday, but after losing that match they picked themselves up and put together a fantastic performance against Reign on Saturday. They defeated Atlanta 3-1. Admittedly, Reign made a lot of mistakes for them to capitalize on, but Los Angeles still earned a solid victory to overtake Atlanta in ranking.

On Sunday, they defeated Valiant in a thrilling 3-2 battle for Los Angeles. Ji-hyeok “birdring” Kim stood out as particularly impressive during the series, using his top tier Reaper skills to seal the deal on the final map. Although Valiant may be higher ranked on the leaderboard, Gladiators won both of the battles for L.A. in 2020.

Looking Ahead to Postseason