Gla1ve Reveals How to Lead the Best Team in the World 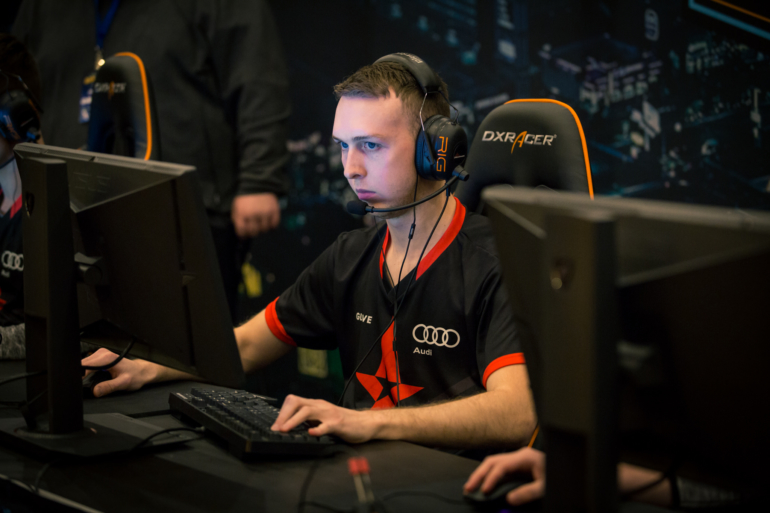 One of the main reasons Astralis has been one of the best CS:GO teams in the world has been Lukas "gla1ve" Rossander.

Astralis may have had to play their way through all three stages of the Major, after a disappointing result in Boston earlier this year, but there was no doubting that they would make it into the top eight, and ultimately be one of the favorites for the entire tournament. Over the last few months, they were the undisputed best team in the world and managed to find a way to take their utility usage to another level.

One of the reasons Astralis has been so good recently is the leadership of Lukas “gla1ve” Rossander, the team’s in-game leader who calls the strats for each round. Most players have no idea what it is like to play with a top-level IGL, so we sat down with gla1ve during the FACEIT London Major to find out how you lead the best team in the world.

Currently, you guys are probably one of the favorites to win the Major. Do you think you can go win it? Are you confident of it being quite easy?

Lately, people have been saying you are the best team in the world currently and probably one of the best that we’ve ever seen. How did you get so good? What makes Astralis special compared to everyone else?

I think our work ethic is really good. We work a lot. Everybody’s contributing a lot with making new tactics. Me, myself, has evolved a lot as an in-game leader. Also, just as an individual player, I believe I’ve gotten a lot better. People are starting to hit a lot of good shots. I don’t know. It’s like we have a lot of good riflers on the team, and we have maybe one of the world’s best AWPers right now. I think dev1ce is a huge talent and probably one of the best players in the world, or he is for sure. So, yeah, and then we have Zonic, a really good coach. That is probably one of the most important reasons that we’re here right now, because he brings a lot to the team with work ethic, finding out new ideas. I would say it’s mainly outside of the game that he is contributing the most.

Could you explain to someone like me who knows what Counter-Strike is, knows that you shoot people in the face, what an in-game leader does? Do you just throw stuff around like, “This is our plan,” and let everyone do their thing, or do you try and dictate everything that happens? What do you do in a round?

So, yeah, it depends. Sometimes I’m not the best in-game leader because maybe I’m not just in the zone. But when I’m in the zone, I feel like I’m the best in-game leader in the world, and I tell everybody what to do almost constantly. But if I’m not in the zone, people work by themselves. And that is where we really show that we are the best team in the world because I don’t have to tell them anything. They know how to think themselves.

But, yeah, I try to call as much as possible and also, I’m doing the anti-stratting along with all of the other players actually now. Everybody is doing anti-stratting. But for me personally, I’m going in-depth to see what can we do to exploit some of the things they are doing and also looking at pistol rounds, what are they maybe supposed to do. So, yeah, I think I have a lot of work to do, and I think I can become even better on this.

From my limited knowledge of in-game leading, surely there may be times where you make a call that just goes really wrong. Does that not put extra pressure on you? Because if it goes wrong that’s kind of your fault. So does that impact you at all?

Yeah. I think it’s like we played against the Na’Vi in Cologne on Inferno. And I did some calls and they were just stacking all the time, some weird stacks. And, yeah, I think they mainly won because of those stacks and it was a big gamble for them, but of course, it paid off in the end. But, yeah, it’s really tough when you hit things like that. One of the most tough things to come around. So, yeah, you get frustrated and you get mad but not at your teammates. So yeah, that happens but you just have to pull through. And now I have been watching what can I do next time, and hopefully, it will work out.

So let’s say especially on T-side where you’ve got an execute to do onto a bomb site. Do you just sort of pluck something out of your head at the start of the round, or do you have a specific plan of like, “I know these are the weapons they’ve probably got. So, therefore, we’re going to do this strategy?”

With this Swiss system we see at the Major, you probably get 24 hours notice or less, as to who you are playing next so I imagine you can’t prepare as in-depth as say you would for the first game that you know what it’s going to be. So how do you prepare? Have you already got stuff planned for every team, or do you just spend that time from the draw until the game researching everything?

To be honest, you don’t really need to anti-strat to win games. It’s not the most important thing in Counter-Strike. The most important thing is that you have the basics for your own team, you have good chemistry and you have a good in-game leader that shows you the way how to play. It doesn’t matter what they do in the end. If you’re just really aware and just really ready for everything, then you will probably win anyway. So anti-stratting is just to feel ready, to not be nervous, to not get caught off guard.

But, yeah, of course, you anti-strat a lot more for the first game or you go more in-depth. But mostly, it’s just one or two maps in the Swiss system that you prepare for, so you actually have some time to do it even if you only have 10 hours. So, yeah, probably sometimes I believe I watch the map that I think we’re going to end on if it’s only one map. But if they choose to ban that map and play one of our strongest maps, I just play without even anti-stratting. It doesn’t matter for me because I know we’re so good on it that if we just play our own game and make some things up because, of course, they have anti-stratted us, and we just need to make some things up, then we’ll probably work out anyway.

The CS meta is pretty locked in, with the AK/M4s and AWPer. Have you ever played around with maybe some other strats that are totally off the wall in relation to that standard, and do you think that could work?

I think we were trying to use more auto-shotgun at some point, but it’s not really good for every occasion because if you have to do retakes, it can be really tough. You have to do it for specific setups, I believe, and specific positions. So, yeah, we have been trying to build up our economy in another way, and that is mainly when we lose the pistol round. We don’t buy as much as we would have been doing in the past, because then you won’t have a good buy in the first gun round of the game. So, yeah, we think a lot about the economy and what we can do differently.