Ghostik and KingR Leave B8; Dendi as Sole Original Member 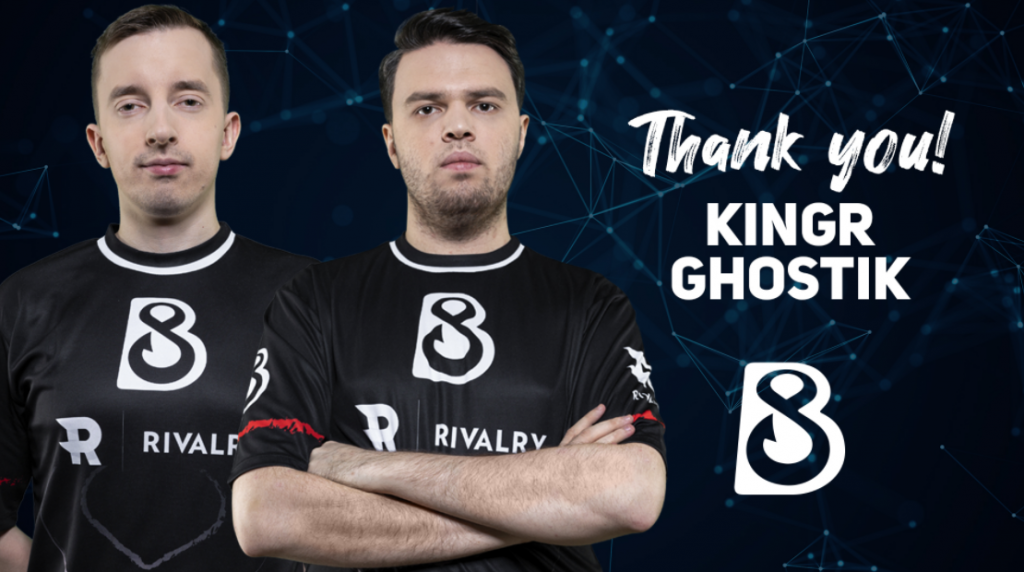 Ghostik and KingR part ways with B8, leaving Dendi as sole original member. (Photo courtesy B8)

B8 has announced the departure of Andrey “Ghostik” Kadyk and Rinat “KingR” Abdullin from the organization. The move, announced on Monday, leaves owner and founder Danil “Dendi” Ishutin as the sole original member of B8.

We are grateful to them for the time spent together and wish them to reach new heights in the future! GL ✌🏻#b8d pic.twitter.com/aoAx2pjqlx

The move comes as B8 had struggled to become a top-level competitor in the CIS region. After launching with incredible hype and high expectations, the squad floundered into the Tier Two and Tier Three scene. The organization rarely challenged top teams, despite the extreme pedigree of it’s TI-winning founder Dendi.

Since its inception, the team has gone through a series of roster changes in an attempt to turn around their initial poor performances. In March, Alexandr “pio65” Zalivako was replaced by Nikola “LeBronDota” Popović. Then, in May, LeBron and Steve “Xcalibur” Ye also departed. A new roster consisting of Arets “Crystallis” Remco, Oleg “LastHero” Demidovich, Enis “5up” Elfki, Dmitriy “Fishman” Polishchuk, and Dendi, debuted in June. This was described as an attempt to “break the losing streak.”

Did you miss the tournament games? We did! We received an invitation to closed qualifications for BEYOND EPIC. The start is tomorrow.

We will try to break the losing streak with the following roster:

With that streak successfully broken, B8 has seemingly moved on from Ghostik and KingR, and will continue with it’s new lineup. The team is currently battling in the closed qualifiers of the OMEGA League tournament for a chance to reach the upper division. So far, things aren’t going too badly for the team, with them winning several of their opening games.

Full details of the roster shift, and details of the B8’s latest matches are available on their social media pages. Or to watch the team attempt to stake their claim to the OMEGA League championship, watch their games on WePlay!’s official Twitch Channel.