Gesture: “We Didn’t Pour Everything We Had Into The Regular Season.” 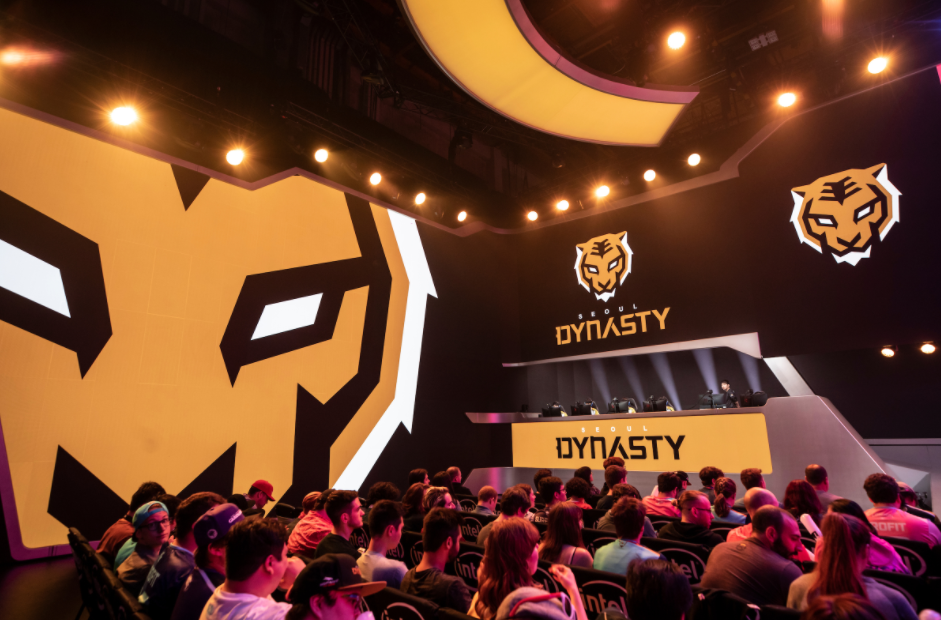 The Seoul Dynasty defied expectations with their runner-up finish in the OWL Playoffs. (Photo Courtesy Robert Paul for Blizzard Entertainment)

The last time that Junyoung “Profit” Park and Jaehui “Gesture” Park found themselves competing for an OWL title, the world was a very different place. At the time, the dynamic duo played for the London Spitfire in the fledgling Overwatch League, and entered their Grand Finals matchup against the Philadelphia Fusion with all the confidence in the world. “Going into the Grand Finals in 2018, I didn’t feel it would be that hard of a match,” explained Gesture. “This year I knew it wouldn’t be easy at all.”

Oh, how times have changed. This time around, Profit and Gesture bore the name of their hometown team, the Seoul Dynasty, across their chests. There was no chance of an easy route to another title. No screaming fans were there to greet the teams at a packed arena.

The biggest change in the end was simply who held the trophy at the end of the day. This time around, Profit and Gesture ran into an opponent they simply could not overcome. Even the heroic efforts from the superstar duo and their brilliant support cast weren’t enough against the OWL’s resident juggernaut, the San Francisco Shock. Following their 4-2 defeat, the Dynasty reflected on the hotly contested match and their rollercoaster season.

Finding Themselves During A Difficult Year

Entering the 2020 season, Seoul finally looked ready to deliver the success that had eluded them in years past. In acquiring Profit and Gesture, they added two bona fide stars, the kind of player with the experience and skill to carry the Dynasty to the promised land. Instead, the team more or less continued on the same track that led to disappointing finishes during the first two seasons for the league’s only Korea-based franchise. Despite their talented roster, they were unable to consistently deliver in the cutthroat APAC region.

“There were a lot of ups and downs,” shared Profit. “Our regular season results weren’t what we expected.” That might be an understatement given the Dynasty’s 9-12 record during the season. There were certainly moments of brilliance, flashes of what they could be, like their run in the May Melee tournament. They made the Finals where they nearly knocked off Shanghai before a reverse sweep left them reeling.

A midseason slump then saw the Dynasty dropping nine of their next eleven matches, plummeting in the standings. At their low point, Seoul’s players struggled mentally as they tried to live up to the sky-high expectations that came with their star-studded roster. Dynasty head coach Changgeun “Changgoon” Park elaborated:  “I learned a lot about where I was lacking as a coach. There were times I felt a lot of pressure. My players and staff went through a lot.” 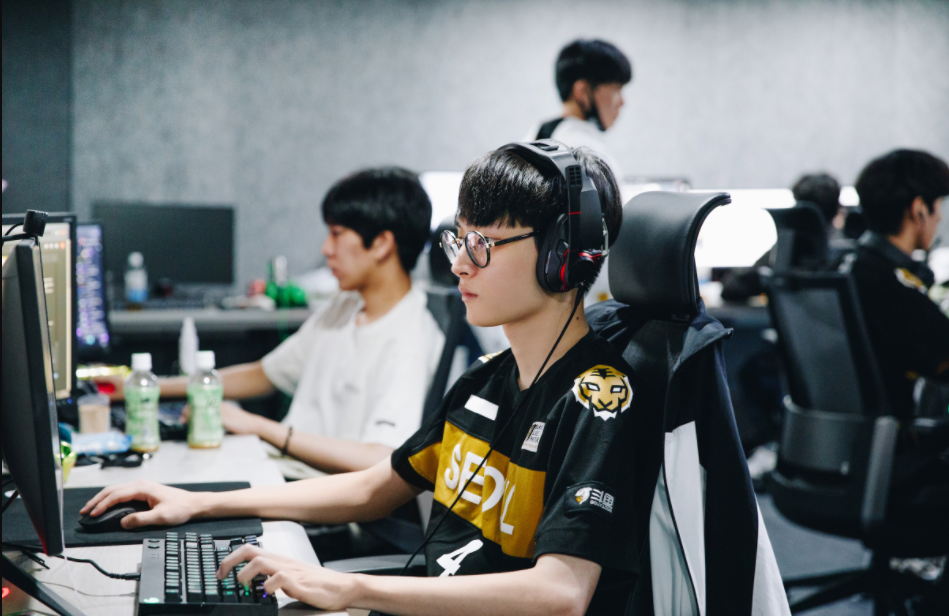 “Compared to last year, with the new teammates and coaches, we had a new system internally,” said Jinmo “tobi” Yang. “Everything was totally different. It took time for me to adapt to the new system. As the team gelled and everyone was comfortable with the new system, the regular season was ending.”

Seoul managed to win four of their final five games to build some momentum heading into the postseason. A dramatic playoff patch offered a soft reset after a long season, and Seoul were primed to take advantage.

As the playoffs commenced, it quickly became clear that this was not the same inconsistent Dynasty team that finished fifth in the APAC region. With the early playoff meta in flux, they settled on a style that maximized the talent on their roster.

Playing Roadhog, Gesture returned to form as a carry player. Min Seo “Marve1” Hwang was able to focus on his best hero in Sigma. Seoul’s DPS duo of Profit and Dong Eon “Fits” Kim proved to be exceedingly deadly in double-sniper compositions. Even the addition of Youngwan “Creative” Kim to the starting lineup provided a huge boost in the form of his excellent Ana.

\]The Dynasty would tear through the APAC playoff bracket, not dropping a single map until their meeting with Shanghai in the Winner’s Bracket Final. In short, Seoul were finally living up to their potential. “It is a fact that we were much stronger in the playoffs,” Gesture stated. 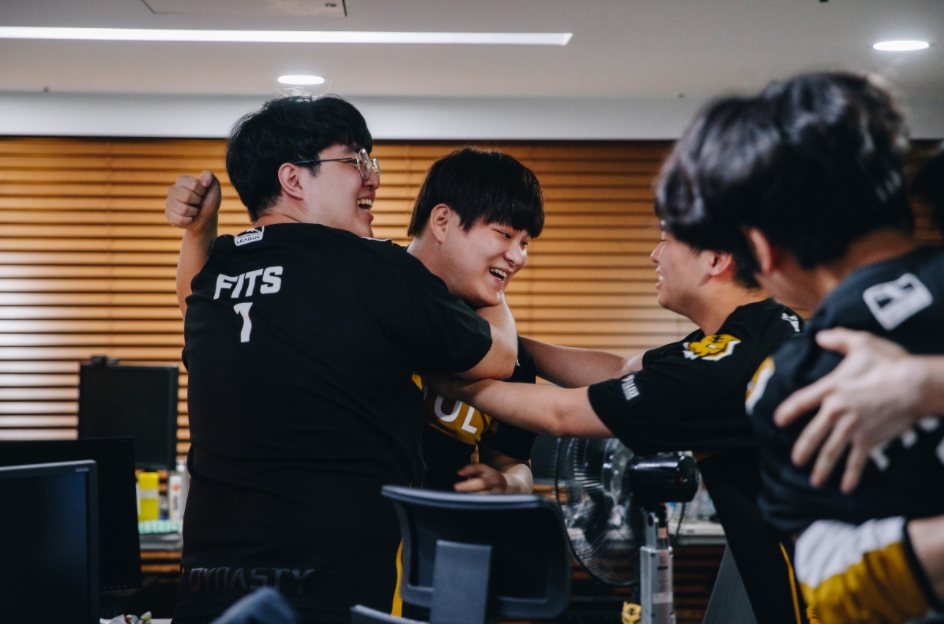 They carried that momentum into the Grand Finals Weekend, where it quickly became clear that the Dynasty had been the first team to figure out the playoff meta. They pushed San Francisco to five maps before going on a tear through the Loser’s Bracket. Seoul swept the Fusion from the postseason without ceremony before claiming revenge on the Dragons in an epic five-map series, setting up a rematch against the Shock.

Ultimately, the Dynasty didn’t have enough magic left to pull off another monumental upset, but they certainly made the Shock work for their second OWL title. After losing the first two maps, Seoul tied the series at 2-2 by taking Hanamura and Watchpoint: Gibraltar. In doing so, they ended San Francisco’s 18-map win streak on Hanamura dating back two years. “We knew they were undefeated on Hanamura. We believed strongly that we could beat them and had a very good strategy,” explained Changgoon.

Though they didn’t win it all, Seoul acquitted themselves nicely during the Grand Finals. They showed how capable they can be when everyone is on the same page, and delivered incredibly exciting matches along the way.

Now comes the hard part. Seoul has some difficult decisions to make in the offseason. First and foremost, they have to decide which version of the Dynasty they can expect going forward. Are they the inconsistent but talented squad that seemingly lacked direction during the regular season? Or are they the championship contenders that showed up for the postseason.

There’s a world of difference between those two possibilities. For their part, the Dynasty players are confident that they made the necessary improvements to maintain what they found during the playoffs. “The fact that we made it to the Grand Finals this year proves that we are progressing. Our team is getting better and better,” said tobi.

If the Dynasty do decide to run it back, they can be confident in relying on Profit and Gesture. The duo proved again that they still have what it takes to get a team to championship contention, delivering clutch performances throughout the postseason. 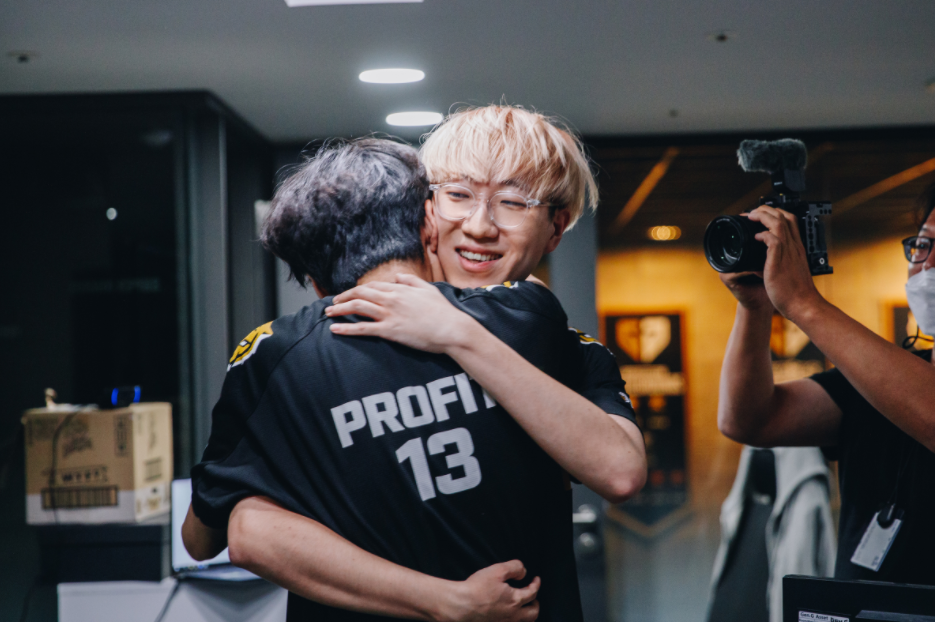 Gesture elaborated on his partnership with Profit: “Since we started playing Overwatch, we’ve always played together. For me, Profit is a player that I can really trust.” Profit added, “I can always trust Gesture in and out of game. I want to continue to play with Gesture in the future.”

When asked what lessons he can take away from this season Gesture replied, “Although we did try our best, we didn’t pour everything we had into the regular season. That switched during the playoffs and we gave 100%. Going into next season, that’s what we learned. If we give everything, we can make it to the top. “