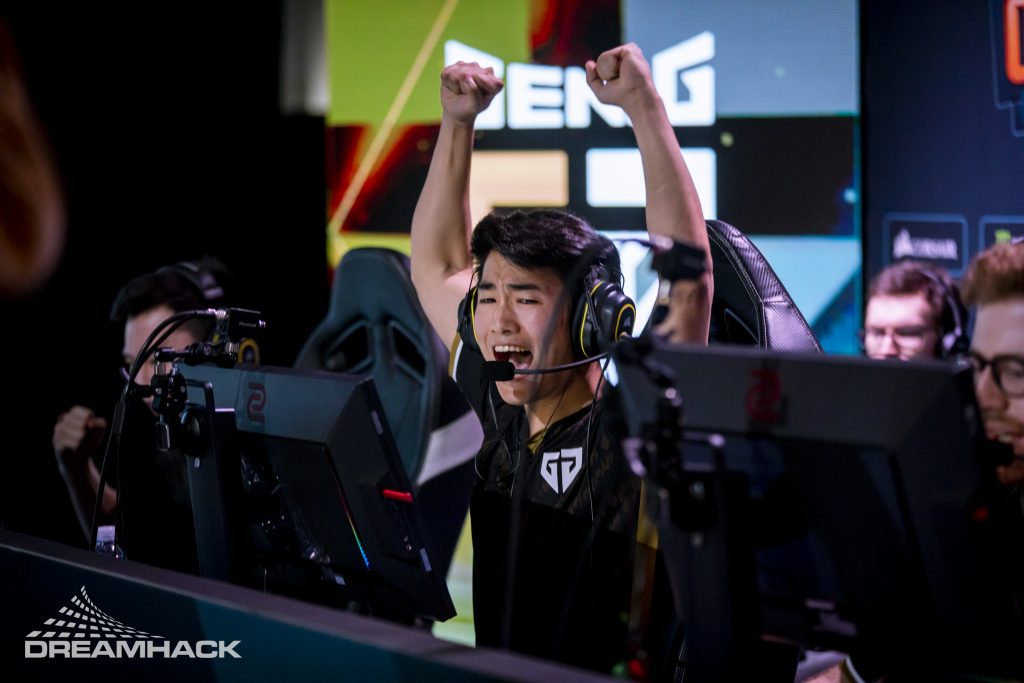 Gen.G have now won their first event as a team. (Photo courtesy DreamHack)

DreamHack Open Anaheim has come to a close. Gen.G have taken FURIA Esports down in the Grand Finals in a 2-0 sweep fashion. While they didn’t drop a map, the finals were full of close calls, big plays, and excitement from all around.

Map one of the finals was Nuke, picked by FURIA. As such, Gen.G chose to start on the favorable CT side. The game started off close with Gen.G taking the first three rounds and FURIA taking the next three. After that however, Gen.G started to pull out in front. They only allowed FURIA two more rounds in the first half, ending with a 10-5 score line.

The second half was swift, as FURIA was not ready for Gen.G’s high-powered attack. Gen.G earned the second pistol and the two ensuing rounds. FURIA did look like they had the potential to stabilize, until Kenneth “koosta” Suen pulled off a 1v4 clutch to steal all of the momentum.

With their economy broken, FURIA couldn’t continue. Gen.G would close out map one 16-7, taking a lead in the series.

The second, and potentially last, map was Inferno. With this being Gen.G’s map pick, FURIA opted into starting on the CT side. Gen.G was ready for this and immediately launched their offensive campaign. Throughout the entire first half, Gen.G never let FURIA build up any economy. For every single round FURIA won, Gen.G would win multiple in a row. The result was a 10-5 lead for Gen.G at the half.

With their backs against the wall, the Brazilians banded together to deliver an impressive T side of their own. FURIA won five of the first six rounds. Things looked to be getting out of control, until koosta pulled off a selfless AK-47 retrieval which allowed Hansel “BnTeT” Ferdinand and Damian “daps” Steele to turn the tides back.

This momentum allowed Gen.G to take a 14-10 lead. However, FURIA wasn’t done yet. They stormed back by once again winning five of six rounds to send map two into overtime.

Once overtime began however, FURIA’s energy seemed to run out. Their 10-5 T side in regulation turned into a 0-3 T side in overtime. Gen.G quickly took their one T round to secure the 19-15 map win and the DreamHack Anaheim championship.

This result is a massive leap forward for this Gen.G squad. DreamHack Anaheim is their first ever LAN event as a completed roster. To win it is already a massive accomplishment, but something has to be said about the fashion they won in. Gen.G did not drop a single map throughout the entire tournament. They had plenty of amazingly close matches, but they always remained composed enough to pull out the win.

With this win, Gen.G have guaranteed a spot at DreamHack Masters Jönköping in June. They will no doubt face competition that will truly test them. Until then, Gen.G is riding high and could rise even higher.