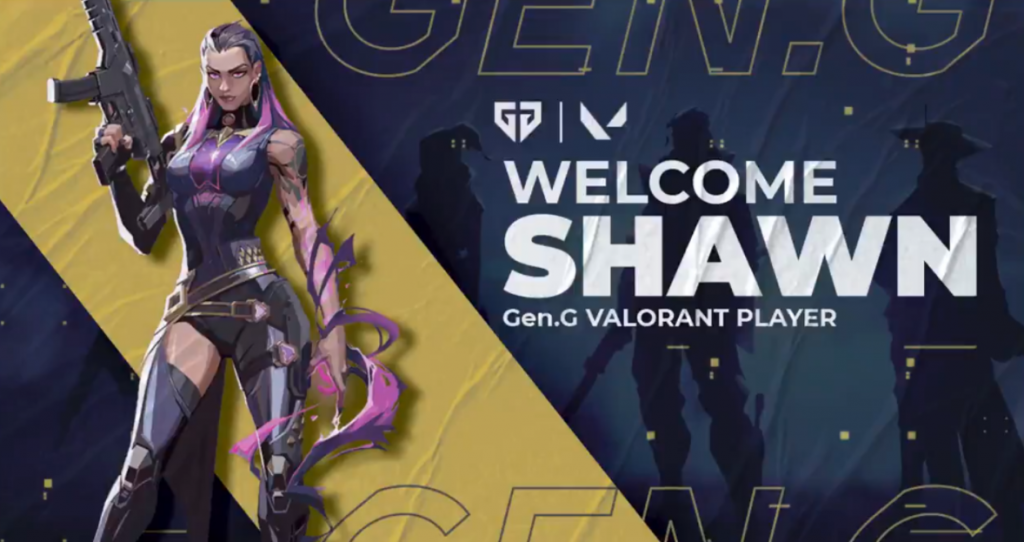 Shawn12590 is one of the most talented up and coming American players, who most recently played with the orgless team Moon Racoons. (Photo courtesy Gen.G)

Gen.G announced on Thursday that they have signed Shawn “Shawn12590” O’Riley to be the sixth member of their VALORANT roster. The American player is the first new member to be signed by Gen.g since they signed their original roster of all French Canadian players back in May. Shawn12590 was signed just in time to compete with Gen.G at the upcoming First Strike VALORANT tournament qualifiers.

Everyone welcome our new duelist to the #TigerNation and get ready to see his debut in the upcoming First Strike Qualifier! pic.twitter.com/I1HnLS0pMH

As far as his tournament play, he put on an outstanding performance while playing for the orgless team Moon Raccoons at the recent Nerd Street Gamers x Renegades Invitational, clinching a top four spot for his team. In fact, Moon Racoons, led by Shawn12590’s top tier performance, eliminated Gen.G from contention at that tournament in the quarterfinals. So Gen.G is signing the star player of the team who defeated them, lending credence to the old adage “if you can’t beat them, sign them”.

Gen.G’s VALORANT team got off to a strong start back in May. They won their first ever event, the B-Tier T1 x Nerd Street Gamers Invitational tournament. They followed up that win with victory at the Pittsburgh Knights Tournament Series, which was also a B-Tier event. They were looking good heading into the T1 x Nerd Street Gamers Showdown, which was the first North American A-Tier VALORANT event. However, Gen.G struggled to build momentum at that tournament and were ultimately eliminated in quarterfinals by Sentinels.

Since that time, Gen.G has put on mixed performances. They managed to earn a semifinal finish at the A-Tier FaZe Clan Invitational in August, but they followed up that decent performance by dropping in quarterfinals at both the Pop Flash and the NSG x Renegade invitational. Heading into the First Strike Qualifiers, it was clear that Gen.G needed to make some changes if they wanted to turn things around. Perhaps Shawn12590 can provide the shot in the arm that Gen.G needs to elevate their game.

Shawn12590 will make his debut with Gen.G at the First Strike Open Qualifiers, the first of which will be hosted online by Nerd Street Gamers starting on October 26th.