Gen.G and FURIA to Face Off in DreamHack Finals 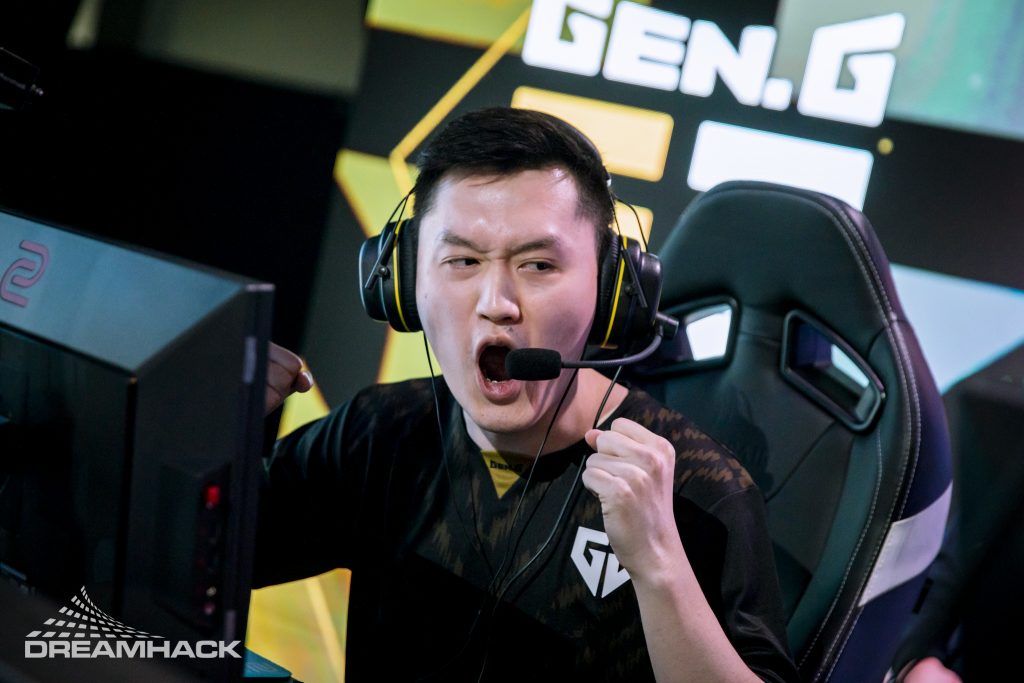 Gen.G have made the grand finals in their first LAN as a team. (Photo courtesy DreamHack)

DreamHack Open Anaheim is reaching its climax as the grand finalists have been determined. The four group stage survivors have been culled to two as Gen.G and FURIA have advanced to the marquee match. They bested North and FURIA respectively in best-of-threes this afternoon to get there.

The first DreamHack semifinal saw the top seeded Gen.G face off against North. While Gen.G were by no means clear favorites coming in, they were the better team on the day. The best way to describe this match is a “close” 2-0 sweep.

North’s map pick was Dust2. Since Gen.G took the favored T side start, North’s defense would be tested first. Gen.G exposed it rather quickly. After North took the pistol round, Gen.G immediately fired back to steal the force buy. They then won nine of the next ten rounds. North managed to take two rounds at the end of the half, but still trailed 4-11.

North’s attack was also explosive, allowing them to make a massive comeback. After winning nine of eleven rounds, the score was tied at 13-13. With their economy on the edge of collapse, Gen.G needed a miracle. Then, Timothy “automatic” Ta pulled off a massive AWP 4k to help his team regain control.

This momentum swing was enough for Gen.G win their final three rounds in a row. They took map one 16-13.

Map two shaped up to be a very close one from the start. Gen.G’s Mirage pick saw the teams trade rounds back and forth early. From the T side, Gen.G took the first three rounds before North stabilized to take seven of the next eight. The half ended with North at an 8-7 lead.

North extended their lead to three rounds before Gen.G’s economy recovered. Once it did, Gen.G made their comeback by taking seven rounds. North made their last stand as Gen.G were on series point. The Danish squad managed to get to 14 rounds before Gen.G closed the map out in round 30. The 16-14 win sent Gen.G to the grand finals.

Another variable clash awaited in the second DreamHack semifinal matchup. Both Complexity and FURIA had the potential to advance.

The first map was Complexity’s pick of Mirage. Right off the bat, Complexity displayed their T side preparation. Their offense was consistent and oppressive, resulting in one long win streak after another. FURIA could only manage scattered rounds. The first half ended 12-3 for Complexity from the weaker side.

As Complexity took the second pistol and the two ensuing rounds, the map looked over. Surmounting a 15-3 deficit is close to impossible, but FURIA tried their best. They did manage to go on an eight-round win streak by breaking Complexity’s economy multiple times. In the end, Complexity got their last round courtesy of Valentin “poizon” Vasilev.

Now on FURIA’s Overpass pick, it was do or die for the Brazilians. The urgency was there as FURIA’s T side started up with a quick 6-1 lead. Complexity found some footing later in the half, but FURIA still led them 9-6.

The second half was an all-out brawl. Only a single round ended with a bomb plant, the rest of them never made it to the bombsite. FURIA took the first four rounds in a row to go up 13-6. With nothing to lose, Complexity resorted to fast push strategies to catch FURIA off guard. It worked for five rounds until FURIA figured them out. Three closing rounds in a row solidified the 16-11 result, and a third map.

The final battleground would be Nuke. It would become an unorthodox Nuke, as both teams got most of their work done on the T side. FURIA attacked first got out to a big lead. They won seven of the first eight rounds and got two more later in the half. Once FURIA planted the bomb, they always managed to win the post-plant.

Down 6-9 at the half, Complexity needed a strong T side of their own. It looked good initially, as they took the first five rounds. Despite this, their economy was kept low the entire time. Rounds were hard to string together after that, allowing FURIA to regain control of the match. Eventually Complexity reached their breaking point, dropping five of the last six rounds. FURIA completed the reverse sweep with a 16-14 nail biter.

Gen.G and FURIA are set on a collision course. Preparation time is minimal as the two finalists will compete to see who is deserving of the DreamHack Open Anaheim title.