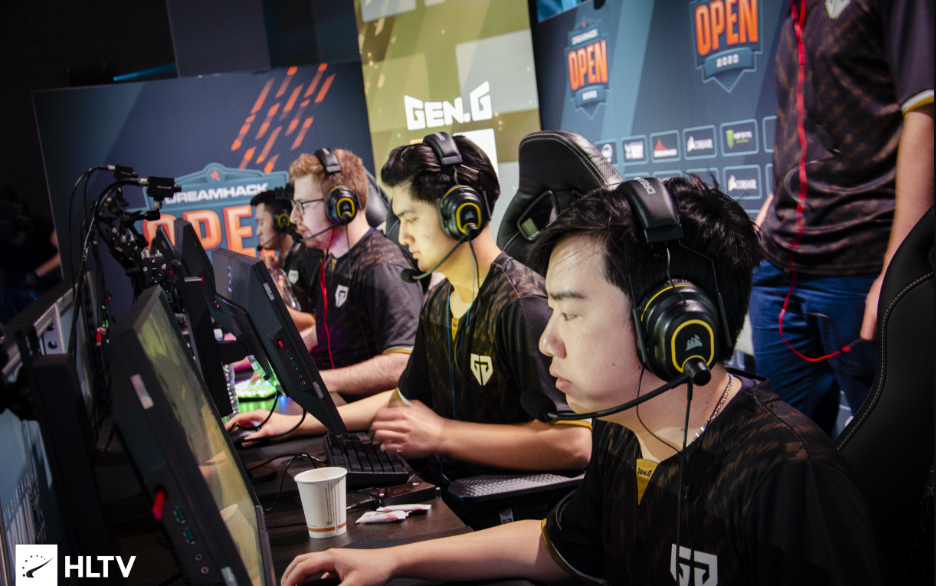 Gen.G won their first match of Flashpoint, but it was closer than they would have liked. (Photo courtesy HLTV)

The second day of Flashpoint has ended. The first match was a closer than expected affair as Gen.G 2-1’ed Team Envy. On the other side, Chaos Esports Club pulled off an unexpected 2-0 sweep of favorites MiBR.

The first Flashpoint map of the day was Envy’s pick of Train. Their T side won the first three rounds before Gen.G defended an Ivy to A site push. Envy’s ensuing attacks looked practiced as they never let the defense find their footing. Going from site to site, Envy executed well enough to take a lead on the less favored side.

After a 10-5 half, Envy won the second pistol round and anti-eco growing their lead to seven. However, Gen.G had some T side plans of their own. Fast A site executes got them back into contention as they hit double digits. Envy were able to win two rounds in a row for the first time since pistol round to earn match point. From here, Gen.G launched an all-out assault onto Envy. Their A site collapses were coordinated and clean, allowing them to push to overtime.

Envy earned the first two rounds before Gen.G broke through with one crucial T round. After swapping to the CT side, Gen.G put their foot down and held strong. On match point, Autimatic earned an AWP 4K on the A site to end the map 19-17.

Now on Gen.G’s Inferno pick, Envy took their CT pistol round. After a full save, guns were out for Gen.G. Koosta flanked the defense though Boiler to earn a 3K and break the Envy economy. Gen.G’s game plan was diverse. Sometimes they used fast bombsite executes, while other times they played slow to draw out utility. Gen.G earned six rounds before Envy fired back with two B site defenses. Even so, Gen.G’s attacks kept hitting home, resulting in a 10-5 lead at the half.

Envy took the second pistol as well, cutting their deficit to two. Envy won the first gun round, but Gen.G saved rifles and won the follow-up. As Envy got their weapons back, the B site became the focus. Gen.G’s B defenders were abused on repeat as Envy took match point. In the next round, BnTeT got a quadra kill defending the B site, giving Gen.G a chance. MICHU then clutched out a 1v2 on the A site to secure the map win 16-13 for Envy.

On the tiebreaker map of Mirage, Envy continued their momentum by going up 3-0 on T side. In the first gun round, Gen.G shut down Envy’s Mid to B play. Round five came down to the wire as Nifty earned three kills and delayed long enough for the defuse to fail. Still, Gen.G were able to stabilize across the map. They won five of the last six rounds, the last going in their favor after a 2v4 retake. The half ended 9-6 for Gen.G.

Envy won yet another pistol round, but Gen.G rushed B with pistols right after to grow their lead. Envy took round 20, but their economy took a major hit as they lost four. One Gen.G A site take later, Envy were broken. When Envy got weapons back, they were duped by a fake from Autimatic in Palace, giving Gen.G the B site and match point for free. Two rounds later, Gen.G earned the match win with a 16-10 win on Mirage.

The MiBR versus Chaos Flashpoint match was expected to go in MiBR’s favor. That expectation would quickly go on its head.

Chaos Sweep MiBR for the Upset in Flashpoint

On MiBR’s map pick of Train, rounds were traded early. MiBR were looking good on the T side until Chaos stabilized to take a decent 9-6 lead at the half. On Chaos’s T side, they attacked with teamwork and composure. Chaos’s players were hitting all of their shots as MiBR just fell apart on the defense. After seven straight rounds of demolition and screaming Chaos players, map one went their way 16-6.

Chaos’s Nuke pick was much closer. MiBR took the first three rounds in a row on the favored CT side. After that, the Chaos attacks hit home with multiple A site explosions. After taking a 4-3 lead, MiBR’s defense stabilized as they finally gained map control. However, the end of the half saw Chaos go on a four round streak to win the half 8-7. The Chaos streak continued as they took the second pistol all and won four more rounds. MiBR did find their stride with slow play and Outside focus, closing the gap. At 14-14, Chaos won the 29th round in a 1v1 clutch.

The next round ended the game and Chaos took the 16-14 win.

The last group to be showcased at Flashpoint is the Group of Assisted Living. On Sunday, Orgless will take on Dignitas and FunPlus Phoenix will face off against Cloud9. Every match counts on the final day of Flashpoint’s first group play.