Gamsu Retires From Overwatch to Pursue League of Legends 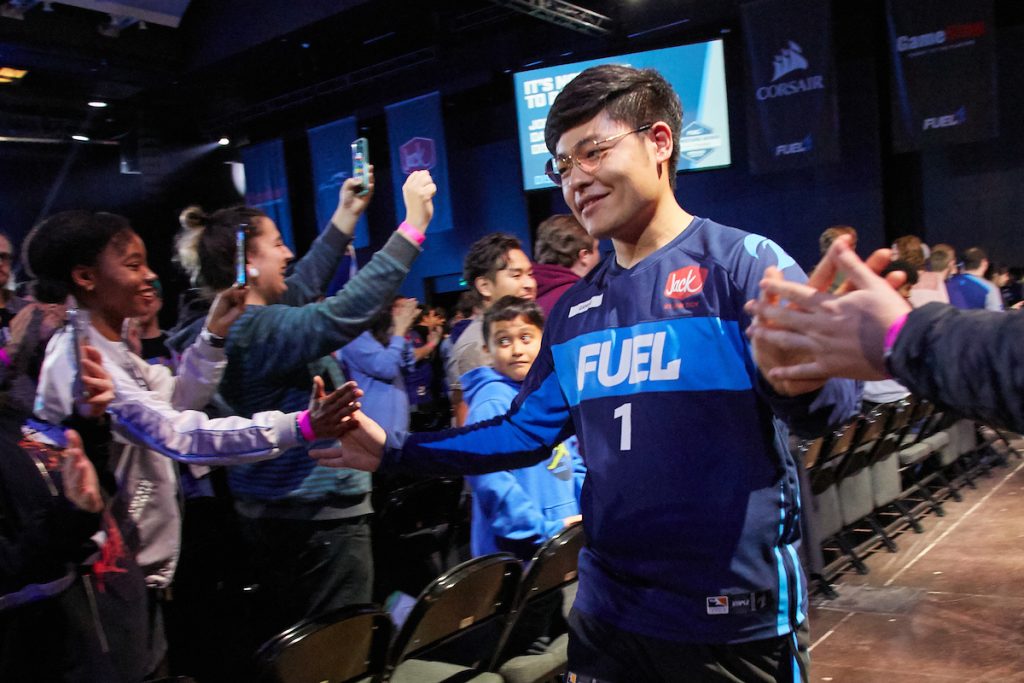 The player is looking to make the jump from Overwatch to League of Legends. (Photo courtesy Tonya McCahon for Activision Blizzard Entertainment)

I’m very grateful for the past three years of playing Overwatch, but I have made the decision to retire and pursue League of Legends again. Please continue to cheer for me as I go into this next part of the journey.

Gamsu started his OWL career competing for the South Korean team CONBOX. While playing for the team, he served as their team captain and played the maintank role. CONBOX didn’t make a huge splash in the early Overwatch APEX scene, only earning mediocre placing, but Boston Uprising still took notice of Gamsu. They recruited him to be a member of the inaugural Uprising roster heading into the inaugural OWL season. While competing with Boston, Gamsu led the team to the Inaugural Season Stage 3 Title Match, where they lost to NYXL. During his time with Boston, they held their highest rank ever, with third place, and finished the regular season with a 26/14 record.

For season 2, he was transferred to Shanghai Dragons where he helped turn around the team’s misfortune. Shanghai finished the 2018 second with a legendary 0-40 record. With Gamsu’s help, however, they were able to make significant improvements and even win the Overwatch League 2019 Stage 3 Playoffs against San Francisco Shock, to everyone’s surprise.

Heading into the 2020 Season, Gamsu was once again traded, this time to Dallas Fuel. He served as their main tank throughout the year and was a pinnacle of stability for an otherwise chaotic and poorly organized team. His final season with Fuel was disappointing to say the least, with Fuel finishing in 13th and failing to find any success in tournament play. But Gamsu nonetheless will forever be near and dear to the hearts of Overwatch League fans everywhere. He will be remembered for his role in Boston’s best season ever and for helping turn around Shanghai’s fortunes.

League of Legends Overwatch
Share
Aaron Alford
Aaron is a 25 year old esports journalist who has worked with dotesports.com, upcomer.com, qrank.gg, among others. Aaron completed a Master's degree in Communication from the University of Dayton in 2018 (Go Flyers). Aaron has also worked as a national circuit debate coach and communication manager for emerging technology companies.
Follow me