Gamsu Acquired By Dragons, Expected To Be Main Tank 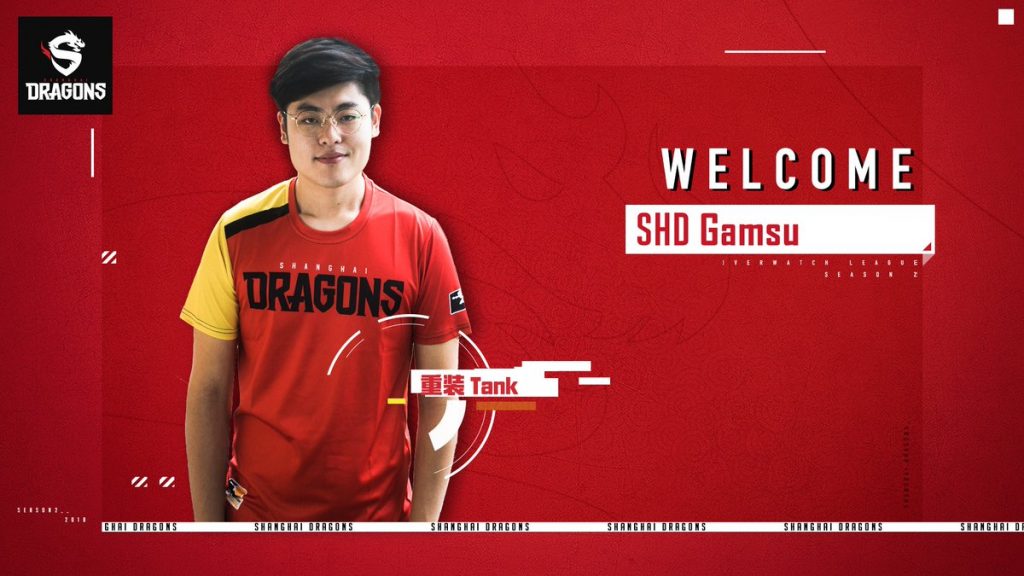 Gamsu's move comes as a shock with, as it happens just days before the season begins.

Just days before the start of Season 2 of the Overwatch League, Young-jin “Gamsu” Noh announced his sudden departure from Boston Uprising. Gamsu’s move from Boston Uprising to the Shanghai Dragons comes as a shock to the Overwatch community. In his tweet, Gamsu took the time to thank his Uprising teammates for playing with him last season and that he will always consider his past Uprising teammates family.

I’m very grateful for my time with @BostonUprising. Thank you to all my fans that supported me during my first year playing in the OWL. I know this is a shock and a big change but I will do my best to make you guys proud.

Gamsu’s move is viewed as a downgrade give that the Boston Uprising placed third overall last season, securing a well-deserved record of 26-14 while demonstrating solid teamwork and well-executed strategies. The Shanghai Dragons, on the other hand, did not manage to win a single matchup last season. Gamsu’s move to the Dragons greatly benefits Shanghai but Gamsu leaves the stable and well-performing Uprising in exchange.

With Gamsu’s move, the Shanghai Dragons have created a solid tank lineup and stand to perform much better than their inaugural season but only time will tell. Look to watch Gamsu’s Winston or Reinhardt on Thursday, February 14 at 11:30 PM EST.