Gadget: “Our Roster Would Be Really Successful in Other Regions” 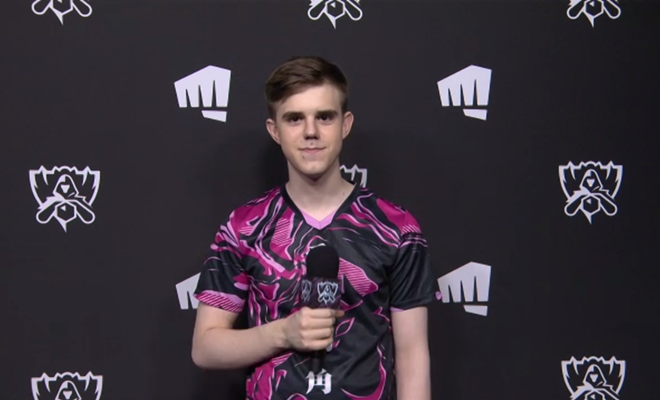 Unicorns of Love achieved a decisive 3-0 sweep over Papara SuperMassive on day two of the Play-in Knockout Stage, earning them a spot in Group D of the Main Group Stage of the 2020 World Championship. They’re now the first team from the League of Legends CIS League to qualify for the main event since Albus NoX Luna in 2016.

After the win, we sat down with UoL’s creative bot laner Ilya “Gadget” Makavchuk to talk about their chances in groups, the flexibility his unique champ pool has brought to the team, and his thoughts on moving to a major region in the future.

Hotspawn: Congratulations! You’ve made it to the group stage. Who do you dedicate this victory to?

Gadget: I’m really grateful for being on my team. I think that they’re all very wonderful players and human beings, so thanks to them.

Hotspawn: Do you think this new Play-In format made groups more competitive and forgiving for teams? Would you like to see Riot keep this format?

Hotspawn: So touching on the series then. SuperMassive beat MAD Lions yesterday, but you guys made it look easy today. Do you think you were just that much better than them or did they fail to show up?

Gadget: On stage, at the end of the day, we were the better team. No doubt, it was a pretty dominating series. Against MAD Lions, it took them a bit more games I think because MAD Lions are, and I don’t want to flame, but they really choked on stage. The way they were playing from home in LEC and when we played with them in scrims in Europe, they were playing a whole different game. So I think the stage really debuffed MAD Lions and I think SuperMassive played very predictable, the same way they do in TCL and scrims. So the result was not very surprising.

Hotspawn: A lot of eyes were on you in that series and throughout Play-Ins because of your unique champ pool. A lot of bot laners don’t enjoy playing mages bot. Do you enjoy it or do you just play them because they’re good?

Gadget: Mages were coming into the meta slowly back in 2018 when ADCs crit items were changed and they got really really weak. So people started playing weird stuff that summer and I just never stopped playing it. After I brought it into the team we found a lot of success with it, and a lot of new ways to play the game and play to our win conditions. I think mages in bot are really strong especially because ADCs usually can’t really play into mages because of the playstyle.

Hotspawn: I was gonna say this edged into the scene back in 2018, but why do you think we still haven’t seen many bot laners doing this? Does it have to do with limited practice time or are they just behind the curve?

Gadget: I think a lot of people just didn’t enjoy the meta shift. Like, you remember Martin “Rekkles” Larsson playing Janna on stage and then Gabriël “Bwipo” Rau being starter ADC because he was just playing top lane champions in bot? From my side, I really enjoy trying new stuff, playing new champions, so I was having a lot of fun with it and maybe that’s the reason it was a success.

Hotspawn: You guys slotted into Group D. Do you think that teams like TOP Esports and DRX will be able to exploit or prepare for those picks?

Gadget: I don’t think many people know what to do against it. For example, against really strong players like Kim “Deft” Hyuk-kyu or Yu “JackeyLove” Wenbo, they’re just good at everything basically as ADCs. So it might just be difficult to play against them not only with mages, but overall. So mages can give us a slight advantage because they might feel uncomfortable playing against something different.

Hotspawn: Now you mentioned Deft and Jackeylove, but you’ll also be up against Jason “WildTurtle” Tran from FlyQuest in your group. Although the expectations of them aren’t as high, have you studied Turtle or FLY at all? What are you expecting from them?

Gadget: I mean, they’re NA team after all, so… [laughs]. But they’re definitely a good team, I’m not going to deny that. Let’s just say they are definitely more beatable than the other two.

Hotspawn: So then do you think the expectation for UoL is to just put on a good showing in Group D or are you shooting for quarters?

Gadget: Our mentality was go as far as we can and push beyond the limits, so that’s definitely what we are gonna try to do. So our satisfaction goal is getting out of groups and everything else will count as a failure.

Hotspawn: A lot of teams I’ve spoken to from smaller regions have voiced their plans to eventually move to a bigger region if given chance. The tradeoff being that it will be much harder to return to Worlds. You guys have been so dominant in the LCL and always surprise at Worlds; would you ever leave if you had the chance?

Gadget: First of all, I think our roster would be really really successful in other regions. We could potentially make Worlds with it. So moving into another region doesn’t look like a high reward or something like that because most likely the team that is willing to pick me up will be worse than the UoL roster right now. That’s my logic. 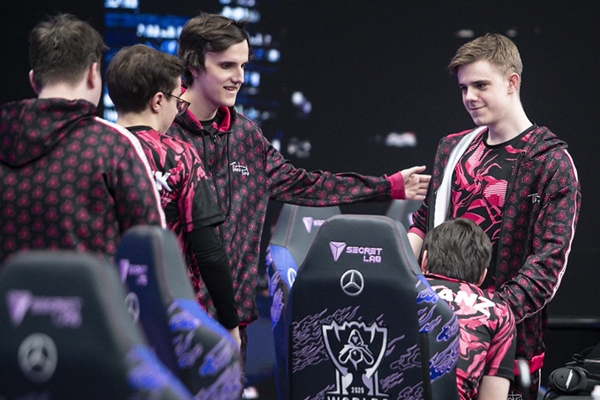 Hotspawn: People are typically more inclined to think that teams that dominate in smaller regions to the level of this year’s UoL will perform worse internationally because they weren’t being challenged within their region. Obviously you guys have performed above and beyond expectations; do you think you’re just built different or is it the solo queue or?

Gadget: [Laughs] Well in our region our goal is not to win the tournament, we already think ahead because we think there should be no problems winning it and if we lose it then we don’t deserve it and it is what it is. Overall, we see it as just another stage before Play-ins.

Hotspawn: That’s some incredible confidence. Before we wrap, do you have anything you’d like to say to the die-hard UoL fans out there?

Gadget: We’re seeing a lot of heartwarming messages on Twitter, so we are really thankful for that; it’s keeping us going like fuel. So thank you so much for that and we will try not to disappoint you guys in groups.

Unicorns of Love will play their first match in Group D of the Main Group Stage on October 3 at approx. 2 a.m. PT against DRX.