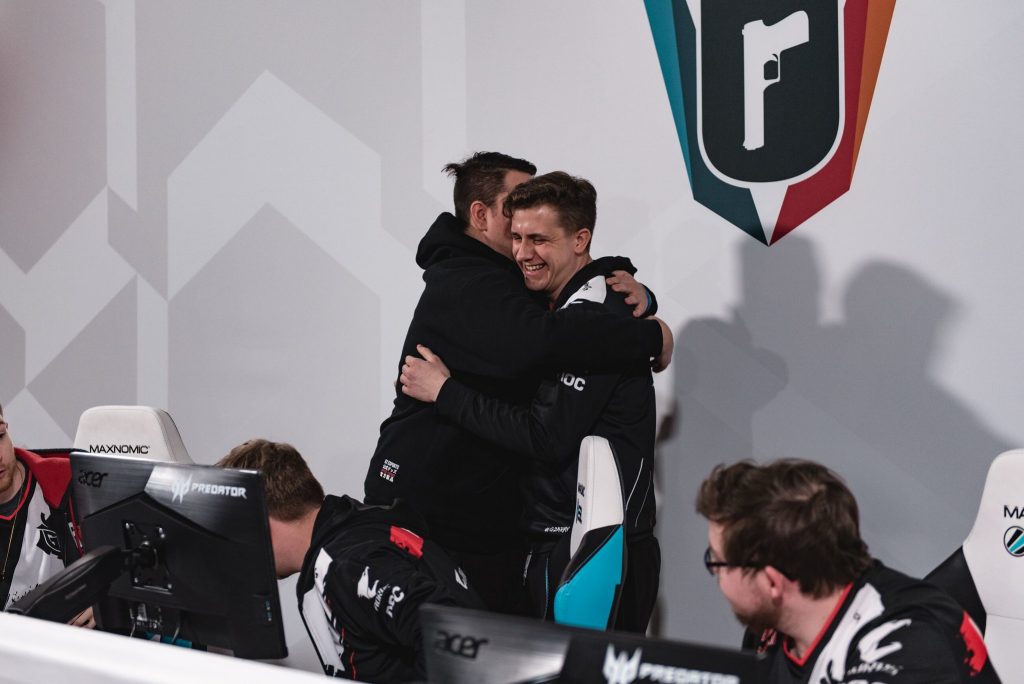 The final playday of Rainbow Six Season 11 European Pro League concluded with G2 surprisingly taking second place. They did this mainly on a bit of luck, but their key victory over forZe was enough to seal the deal. With this result, G2’s super team has set G2 Esports as a returning giant in international competition once again.

It seemed rather unlikely that G2 Esports would achieve second place in EU after the most recent playdays. Their game looked strong coming into the second split of Season 11, but it soon became clear they needed work. While G2 Esports looked like the second-place team for a while, their momentum soon disappeared when Na’Vi and forZe surfaced from the depths of the EU ladder. After back-to-back playdays of these two teams performing well, it seemed like Na’Vi was guaranteed second.

However, they fell at the final hurdle. Their remaining game against Chaos turned into quite the exciting opening match of the day. Because Chaos came into Club House and somehow managed to counter Na’Vi’s impressive run in a 7-5 victory, it meant forZe Empire and G2 was still in the running.

The White Death strikes again! 🤯🤯🤯@sha77e_r6 shows us why he is a world champion! #R6PL pic.twitter.com/G98SJ9phvR

What made this even more exciting was that Team Empire beat Rogue 7-5 in their match. With this surprise victory, G2 and forZe were both forced to aim for a win to claim second from Empire. And that is what G2 Esports did. Their match against forZe was a clash of mirrored style on Kafe. Both teams popped their aggression and had crazy rounds back and forth. What is more exciting is that we began to see operators like Fuze come out to play, as a means of dealing with the Wamai and Jaeger strats. This operator even earned a round win when G2 brought him out to play. But the best bit is all of their players had shining moments. With this win, G2 managed to secure second place because of the round difference standing.

G2 Esports should be proud of what they have built. This is the first time they have secured top two in EU since Season 8 Pro League (November 2018). Surely this is a sign that the super team is a much-needed change and can hit the caliber of prestige we expect from the roster. Only time will further improve this roster. The world cannot wait to find out of this is the return of G2 Esports.

BDS Esports has finished the last place in their debut Pro League Season. After finishing fourth at the Six Invitational 2020, this last-place finish online must hurt. BDS finished in last place due to Chaos’ surprising victory over Na’Vi alongside Vitality’s victory over BDS in the game of the season.

For a team with lots of promise, and with Stéphane “Shaiiko” Lebleu being one of the greatest players in Siege since he was unbanned in the summer, is a shame. The team looked like it needed serious work at the start of the season, but it eventually had strong promise before the SI 2020 began. However, their performance has slumped hard in the second split. What went wrong is unclear. However, this team looks like it needs some serious reform if it wants to enter Season 12 with hopes of moving forward.

Like at the end of a Marvel superhero movie, a mysterious figure entered the end of the tale to tease the future. This is Fuze. On the final playday of Europe, Fuze joined several teams attacking rosters, including G2 Esports, Rogue and Team Empire. The primary use of Fuze is to clear key areas of the map with his cluster charges. However, with the 20-second meta in full swing, Fuze has one of the most efficient ways of burning jaeger and Wamai gadgets in the game.

Rogue and Team Empire both played Fuze on their attacking rounds of Consulate, with G2 Esports picking him up on Kafe. Both maps have a strong potential of deploying the cluster charge from the floor above or using windows to get to key defence spots. While its no secret that Fuze has been a potential pick all season, it seems like it was too risky to lose a critical operator that overall performs better.

Whether teams have been practicing with Fuze in recent weeks is anyone’s guess. But in the Team Empire post-game interview with Danil “JoyStiCK” Gabov, he believes that Rogue was not trolling their game. Instead, they were legit experimenting and preparing strats for the future. Team Empire also used Fuze with JoyStiCK thinking the Fuze pick has legitimate strengths making him competitively viable.

Hopefully, Fuze comes out to play more in season 12, as that will undoubtedly make the meta much more exciting to play into and watch.