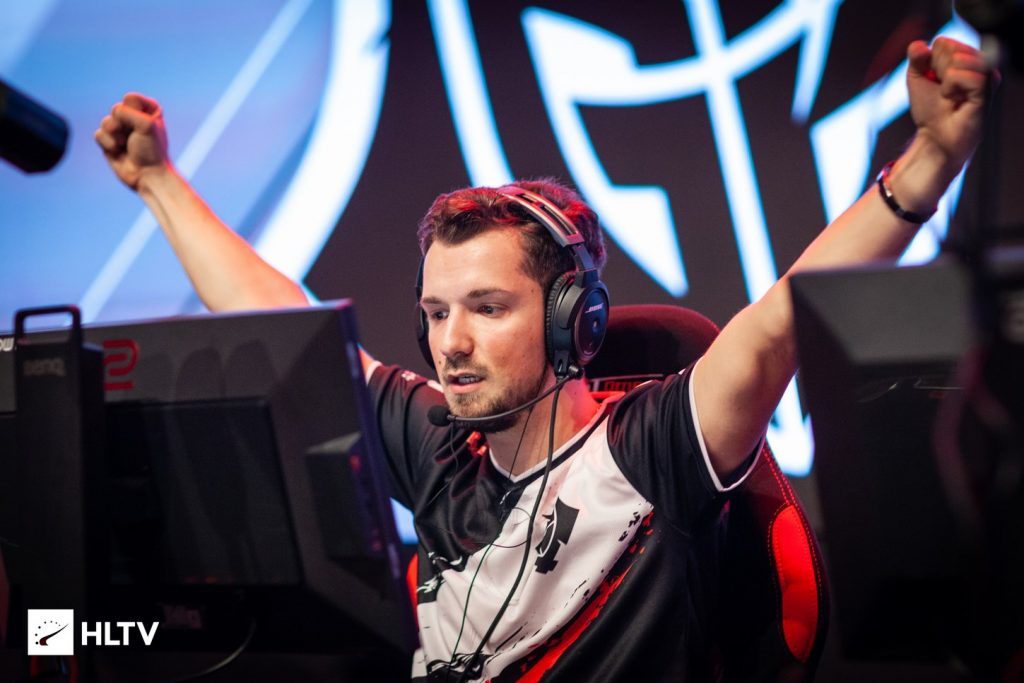 G2 have managed to stave off Heroic to earn a high seed in Group B of ESL One Cologne. (Photo courtesy HLTV)

ESL One Cologne’s European Group Stage has come to a close. It was certainly a chaotic week full of big upsets and surprising results. In the end, eight teams have advanced to the playoffs and will have a chance at glory. Sprout, Complexity, Astralis, and G2 Esports earned the high seeds while Ninjas in Pyjamas, OG, Heroic, and Team Vitality come in as low seeds.

Upside Down Group A

Group A at ESL One Cologne could not have gone more unexpectedly. In a stunning turn of events, the top two ranked teams in the group have not made it out alive. Only one team in the top 10 will be moving on to playoffs, that being Complexity. The other three spots belong to Sprout, NiP, and OG.

Sprout is the biggest success story of the Group Stage. They came into the tournament as massive underdogs, having to face the top ranked BIG in round one.

Needless to say, Sprout pulled it off in just two maps. Their qualification match against OG was a bit more difficult. Both teams took their own map picks fairly comfortably. On the tiebreaker map of Nuke, it was all Sprout. A 16-3 blowout put the lowest ranked team at ESL One Cologne through to playoffs first.

On the other side of the bracket, Complexity and Na’Vi were battling for the other top seed. Neither squad had been perfect in their first match. It took Complexity two overtimes against MAD Lions to secure their second map victory, while Na’Vi dropped a map to the ever-struggling mousesports. Now, the 7th and 4th ranked squads had something to prove.

Unfortunately for viewers of the much-anticipated match, it wasn’t a very competitive affair. Na’Vi’s Dust2 defense crumpled under immense pressure from Benjamin “blameF” Bremer and his 12 kills with 121.3 ADR.

Nuke was just as hopeless for the CIS squad. Complexity started on the T side and won 10 of the last 11 rounds in a row. Every player on Complexity boasted an HLTV rating of 1.22 or higher, making this 16-8 victory a true team effort.

With the top two seeds snatched up, there were still some big dogs in the lower bracket. NiP would have an insanely difficult gauntlet to go through if they wanted to keep their ESL One Cologne dreams alive. First up was BIG. After their early loss to Sprout, BIG looked like they had turned things around on NiP’s map pick.

BIG stomped the Ninjas on Vertigo 16-5 and were looking to earn a clean sweep on Nuke. A 9-6 start from the T side favored that outcome. However, NiP came out swinging on their attack as well. The score line equalized at 15-15, forcing overtime. Not one, not two, but four OT’s were required to separate the teams. In the end, NiP barely clutched out the 28-26 and forced map three.

Now on Mirage, NiP’s CT side held strong against BIG to earn an 11-4 lead. The German side had run out of steam. They fizzled out of ESL One Cologne in last place with the 7-16 loss.

The Ninjas still had Na’Vi to go though. After their loss to Complexity, Na’Vi had two days to watch and plan for NiP. They also had the map veto advantage as the higher seed. Everything was on the line in this elimination match.

NiP took those advantages and threw them out of the window. On Overpass, the Ninjas steamrolled through Na’Vi’s defense for an 11-4 lead at the half. After trading rounds evenly on the CT side, NiP had a 16-9 win and match point.

Surely Na’Vi would be better prepared on their own Train pick. It became apparent early on that this was not the case. Na’Vi barely scraped by on the T side pistol round, but couldn’t chain any more together. NiP absolutely stonewalled their opposition out of any and all aggression. In-game leader Hampus “hampus” Poser and Tim “nawwk” Jonasson both earned 21-6 K-D’s in their destruction of Na’Vi. The 16-3 result put NiP through to the playoffs and eliminated one of the top three teams at ESL One Cologne.

The final playoff spot of Group A went to OG. They were able to easily dispel MAD Lions with a 16-10 on Nuke and 16-9 on Dust2. Not a single OG player finished the series with a negative K-D ratio.

The French and The Danes

Group B played out much more predictably, although that’s not to say some results weren’t shocking. G2 earned their playoff berth early on, along with a revitalized Astralis. Vitality came back strong from their loss in the upper bracket to advance, as did Heroic.

G2’s road at ESL One Cologne began with the biggest blowout of the entire Group Stage. Their 16-2 and 16-4 wins against MiBR on Vertigo and Inferno might as well have had a parental advisory warning on it. Nemanja “nexa” Isakovic and Nemanja “huNter-“ Kovac were on form as usual, earning a combined 76 kills in the 38 rounds.

Facing them in the qualification match was Heroic. The Danish squad had just surprisingly swept FaZe Clan and were ready to contest for playoffs. Each team took a convincing 16-7 on their respective map picks, leading the series to a winner-takes-all game on Mirage.

The score stayed close throughout the map. G2 and Heroic both jockeyed for position as neither could win more than two rounds in a row in the first half. G2 were at a small 7-8 deficit, then took their first lead of the game after winning the second pistol round. However, Heroic came back with force. They won seven of the next eight rounds on their T side to earn match point at 15-11. Needing a perfect ending, G2 stood their ground to force overtime. With the game tied at 17 apiece, huNter- and nexa found a 2v4 to win a crucial round.

G2 would win the final OT round to take the 19-17 victory and a top seed in the playoffs. Meanwhile, the other side of the bracket featured Vitality vs Astralis. Both teams had won their first match 2-0, Astralis even taking down the favored Fnatic. Vitality’s second place ranking pinned them as the heavyweights in the matchup, but Astralis had other ideas.

After earning an 8-7 lead from Nuke T side, Astralis put up a near perfect defense to win their map 16-8. Vitality then struggled to get anything going on Dust2. They only earned five rounds attacking then crumpled on their own CT side. The 16-7 result made it seem like half of Astralis’s core had never left.

Fortunately for Heroic and Vitality, their work in getting to this point would not go unrewarded. Heroic’s impressive form carried over to their elimination match against Fnatic. The Swedes failed to show anything special on Vertigo or Overpass. No player earned a positive K-D ratio as they lost both maps 11-16. Heroic’s newest pickup, Rene “TeSeS” Madsen, had an amazing series, earning a 50-36 score line. Heroic is playoff bound while another top 10 team has bitten the dust.

The last match of Group Stage featured Vitality vs FaZe Clan.  While this match did end in a 2-0 for the French squad, FaZe came so close to taking both maps. After a 6-9 start on the T side, FaZe struggled to break away on their Dust2 pick. Down 12-14, FaZe nearly managed to win four in a row. Unfortunately, Vitality found one last push to send the map to OT. Interestingly, it was Cedric “RpK” Guipouy who led the way for Vitality. His 37 frags helped the French squad steal FaZe’s map 19-16.

Now on Nuke, things looked to be all coming up Vitality. After losing the initial three rounds, Vitality executed flawlessly on FaZe’s defense. They won 10 of the next 11 rounds to end the half with an oppressive 10-5 lead. A win in the next pistol round helped Vitality go up 15-7. Although the situation looked hopeless for FaZe, they tried their absolute hardest to come back. The dream nearly came true, with FaZe winning seven in a row before losing round 30 in anticlimactic fashion.

With the final eight competitors at ESL One Cologne being decided, playoffs are just around the corner. The matchups for Quarterfinals are:

Complexity and Sprout have some imposing lower seed challengers to face off against. Meanwhile, G2 and Astralis need to shore up any weaknesses against their potential upset matches. ESL One Cologne is about to ignite.