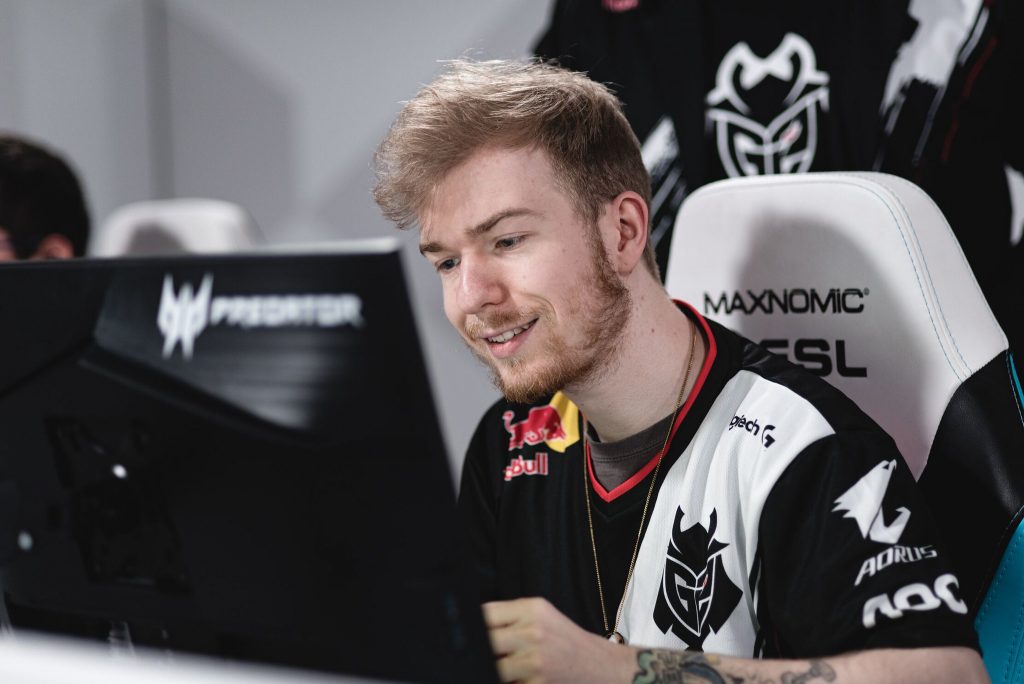 Pengu is the only remaining player from the former G2 roster. (Photo courtesy Ubisoft)

G2 Esports have announced their new line-up, ready for the return of the Season 11 ESL Pro League. The organization has built a “super team”, full of greater fraggers and flex players. The team announced they also have plans to move the roster to Berlin on a full-time basis in the upcoming months.

Joining the roster is Ben “CTZN” McMillan and Jake “Virtue” Grannan. CTZN comes from Na’Vi after his recent benching from the roster. CTZN no longer wanted to play with the roster, especially after they failed to make it out of the Six Invitational Group Stage. G2 Esports made a deal with Na’Vi to purchase CTZN from his buyout clause.

“My goals and aspirations are to win every tournament that’s available in Rainbow 6 and to recreate the G2 era again with this team,” he said on joining the team.

In addition, Virtue will be joining from Fnatic’s Australian roster. Virtue had a fantastic Six Invitational 2020. He was part of the reason why Fnatic were able to go as far as they did in the Playoffs. Fnatic even managed to beat G2 Esports. In that series, Virtue had a 1.14 rating against G2, showing his worth directly to them. G2 Esports follows LoL’s developing trend of acquiring promising Oceanic talent.

“Having the chance to play for such a decorated team and org is a dream that I have been non-stop working for and now that it has happened, I won’t give up until the team is on top again,” Virtue said.

G2 Esports call this roster a “no supports, no plants, no bullshit, frag only team.” G2 look to embrace the new frag dominated meta by acquiring some of the best shots in the world. CTZN currently holds the world record for most games in a single ESL game, with the rest of the team being LAN veterans.

Sadly, this means that the G2 Esports of old has finally broken up. The only remaining member being Niclas “Pengu” Mouritzen. This means that IGL Fabian “Fabian” Hällsten is heading to the bench. For long time fans of the organization, this news comes as a shock, but a necessary change to get back on top.

Regardless, the new G2 Esports roster looks promising, The ESL Pro League Season 11 is scheduled to return on March 25th.