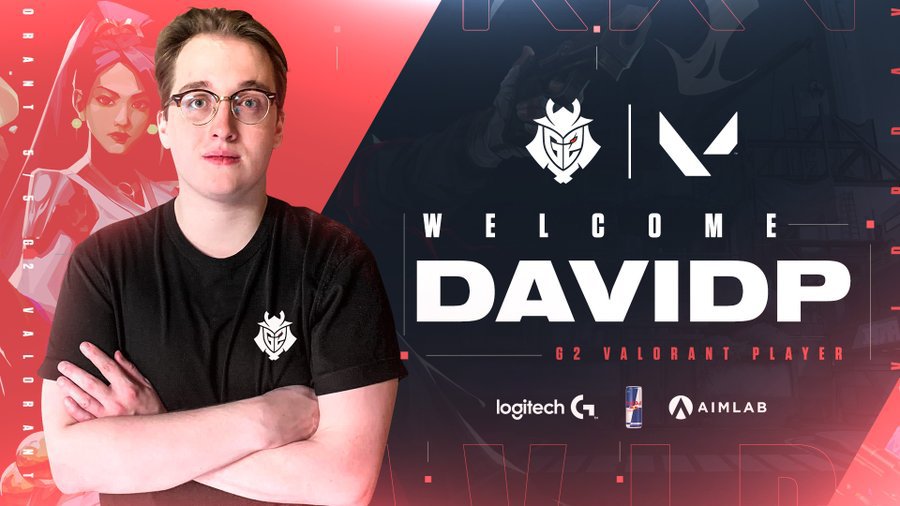 G2 Esports signed David “Davidp” Prins to its VALORANT team, the organization announced on Friday. Davidp recently served as a stand-in during the WePlay! Invitational tournament.

You didn't really think we'd sign someone else right?

Davidp is another former Counter-Strike player that has made the jump to VALORANT. He started his professional CS: GO career in 2014 and played for various small teams. He eventually joined PENTA sports in 2016, although he did not stay with the organization for long.

The talented player continued to move to various teams throughout the next three years and eventually joined 3DMAX in 2018. During his time with the 3D MAX davidp helped the french team win ESEA Season 28 in late 2018 and the ESEA season 29 Global Challenge in December 2018. Davidp eventually left 3D MAX and joined Team Heretics 2019, but left the team after six months.

He eventually retired from CS: GO in early 2020 to pursue a career in VALORANT. He participated in several VALORANT tournaments before playing with G2 at the WePlay! Invitational and Vitality European Open.

G2 finished in first place at the WePlay! Invitational and secured the $25,000 prize. They have already established themselves as a talented team and a top contender in the professional VALORANT scene.