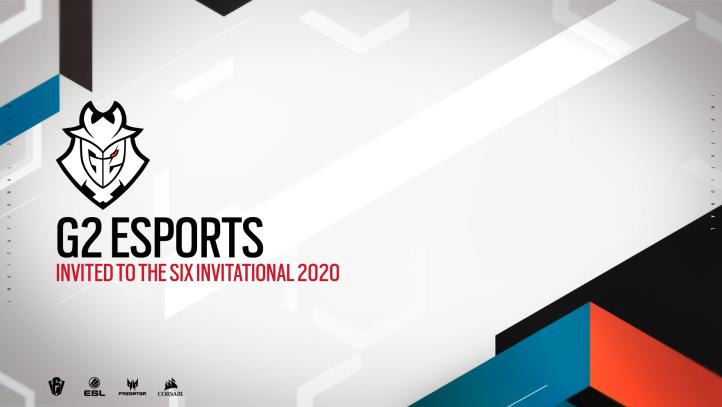 G2 are the final of 16 teams to compete in the Six Invitational. (Photo courtesy Ubisoft)

ESL and Ubisoft have announced that G2 Esports will be the 16th team attending the Rainbow Six Invitational 2020. The European roster will attend Rainbow Six’s biggest event as the team taking the direct invite. G2 Esports will now look to defend their world championship in Group D.

During Montreal, they failed to escape the group stage after losing to BDS Esports. In OGA PIT, they were first rounded by MIBR at OGA PIT. The biggest shock of these results, though, was in the EU qualifier where UK Premiership team MnM Gaming eliminated them in the lower bracket. G2 Esports fall from the best team in the world, to not even being able to qualify to the biggest event in Rainbow Six Siege.

The reaction of the G2 players to this news makes it clear they know they don’t deserve to be there. Although the players are aware of the gift they have given and will do all they can to make their fans proud.

We are invited to invitationals, undeserved as it would have been to anyone else if they would have gotten it, will pull our shit together or we stand no chance.

The news are out, we are the invited team to attend the biggest event of the year, which we failed to qualify for.
We shouldnt even be there, & we do not deserve it.
However. this is a chance for us to show if we really are washed & a great opportunity to engage with fans

In stark contrast, the direct invite offers G2 Esports a new breath of life. The roster may not look particularly on form in the last few months, but when the pressure is on, they turn up. As the reigning and defending World Champions from Six Invitational 2018 and 2019, they have the perfect opportunity to rewrite their current trajectory. For G2 Esports, the real test to see if they are still relevant is via this gift.

They will play in Group D of the Six Invitational along with Team Reciprocity, Wildcard Gaming, and BDS Esports. this is one of the more balanced groups of the entire tournament, and it will be interesting to see just how well G2 Esports perform in this environment.

As for the group stage draws: