Caps: “We Improved Our Innovation” 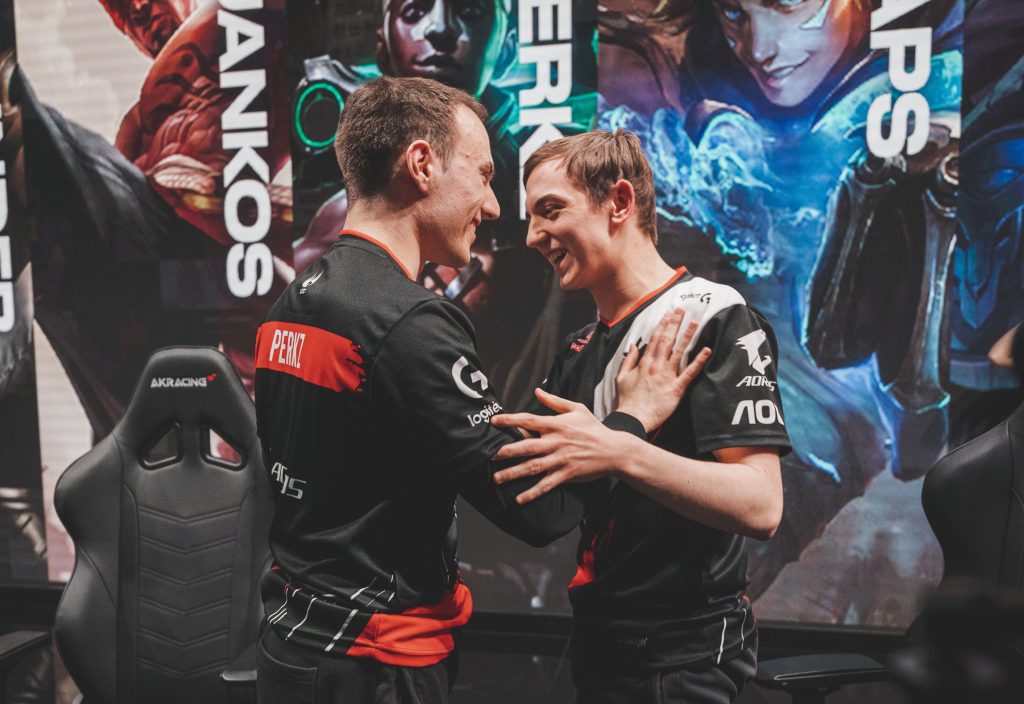 Caps is back in his mid lane kingdom. After a brief but successful stint in the bot lane during the LEC’s Spring Split, the prodigal son returns, free to roam and gank whomever he pleases. With this formation, G2 Esports will fight for the one big achievement which they so nearly reached last year: the World Championship title. We spoke to Caps about his time as an AD Carry, and how the decision to swap back to the mid lane came to be. He also shared how the experience helped him, and his team, become even better than before.

Hotspawn: You’ve just had your first weekend back on the mid lane after you spent the Spring Split in the bot lane. How does it feel to be back?

Caps: It’s pretty hype, I guess. I always like some form of change, so it’s nice to be back. Going into the Summer Split being able to play the champions that I’ve played all the other years of my career feels good.

Hotspawn: Did it feel natural immediately again, like you were coming home?

Caps: Yeah. I was playing a bit of mid lane in solo queue during the Spring Split already, so playing it felt kind of natural. The meta is mostly pretty comparable to metas of the past, so it feels very similar to be back in the mid lane.

Hotspawn: Can you shed some light on the decision process of swapping you and Perkz back?

Caps: When we finished the Split we sat down and talked about the Split, and about the future for the team. That’s basically when we decided to swap back. It wasn’t really something that was pre-planned before the Spring Split—we didn’t plan to swap back immediately after the Split was over. But it was something that we decided on together after talking about it. It was mainly me and Perkz who made the decision. 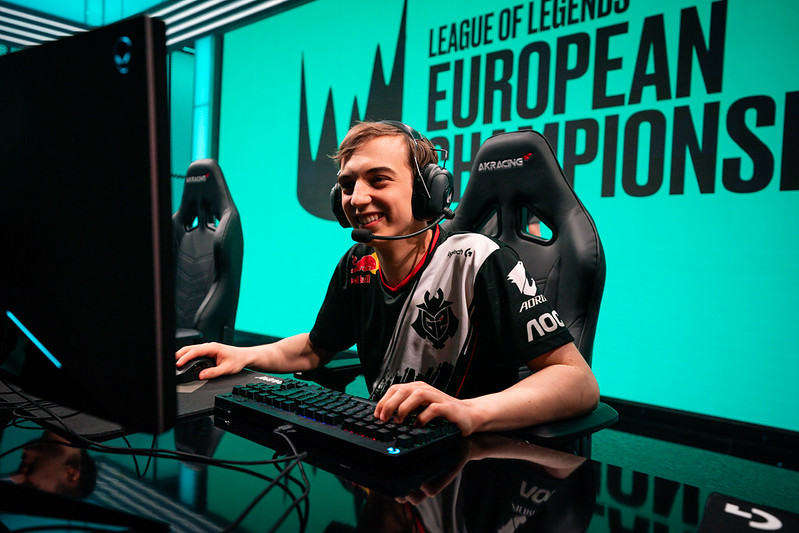 Hotspawn: When you made the announcement that you’d become the AD Carry, the team said the swap was happening to see if it would result in a stronger lineup. But was it ever the idea that now, with the Spring Split under your belt, you and Perkz can interchange roles more actively to throw an extra curveball?

Caps: That wasn’t really a long-term plan, other than that we just want to be as good as possible. We just try out different things. Using more role swaps is definitely an option, but it all depends on what we can perceive as the better option for us in the moment. There are a lot of reasons why we could choose to do it. It could be the opponent we’re facing, it could be a champion specifically, or maybe something else.

We improved our innovation

Hotspawn: If you look back now at the decision to swap you and Perkz for the Spring Split, putting you as the AD Carry of G2, what is your takeaway from that experience?

Caps: I think that we got a different ‘iteration’ of us as a team, I’d say. We all learned more about how to work together. We were a completely different team, playing a very different style compared to how we played before the role swap. We pushed our innovation skills in order to make the new lineup work, and I think we ended up doing that. We won another Split, but this time with a different lineup and a different play style. The main thing for us is that we improved our innovation. We grew as a team with a completely different lineup, and we can now transition that knowledge to the lineup we have now to utilize those skills.

Hotspawn: Can you share some of the lessons you learned as a player from playing as an AD Carry?

Caps: I don’t think I can point to anything specific. There’s not really anything of which I can say “oh I can use that here” or something like that. League of Legends is a game with a lot of variances, where every game is different. It’s much more about being able to adapt on the fly, and being able to predict what your opponents will do and prepare your own plan based on that. It’s not that there’s something I can utilize every game, but it’s more that I now have learned even more how to improve myself.

More than anything, I think that picking up a different role requires a completely different mindset. It’s a role with completely new champions in it. Senna hasn’t been played before, Aphelios hasn’t been played before, so you have to try those champions out and innovate on them. That will give me confidence for the future when I have to pick up something new again. Now I know that I’ve done it before, and I can use the same methods to pick up the AD Carry role to adjust to new champions and new metas.

Hotspawn: Did your time as an AD Carry give you a different perspective on who the other good AD Carries in the LEC are?

I think every AD Carry has some form of a different play style. They each have different threats, which I have to respond to differently. Each team plays differently. Some teams apply more pressure to the bot lane, and others play more through their top side. I don’t remember playing against anyone in particular and thinking “Oh wow, this guy is really insane.” Sometimes teams played really well, but overall we mostly just had to adapt. Which we ended up doing. 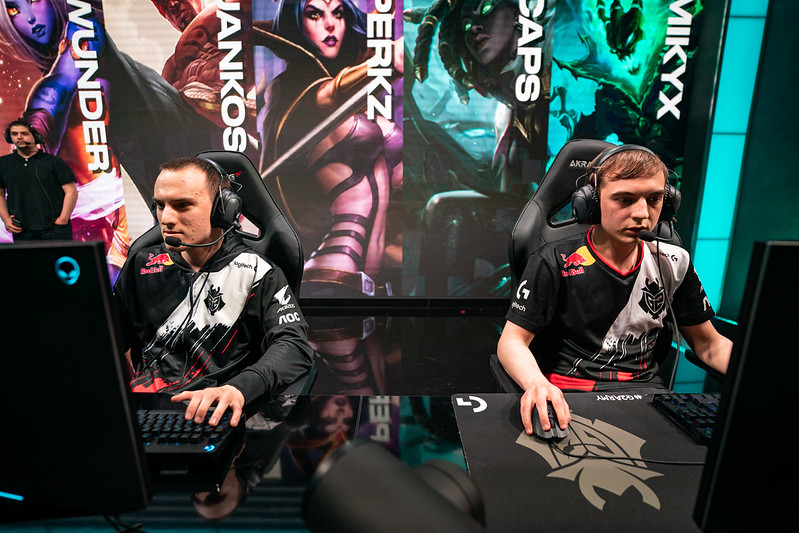 Hotspawn: Something interesting about your AD Carry time is that you played in a meta with a whole new champion in the role: Senna. When swapping back with Perkz, did you give him any tips on how to play her?

Caps: Yeah I did. Obviously we both knew the meta. We both play professionally and we know our roles. But we talked a lot about the different meta in the mid lane and bot lane. He was pretty fast at learning the champions. *laughs* Although, Senna has changed quite a lot obviously. She was initially an AD Carry, but now she is more of a support/AD Carry champion. Did I even play that on stage? I’m not even sure. Maybe I did. The champion is still new, so it’s not something that I have mastered yet. It’s still something that can be practiced with. I just try to give him the best help possible to see how he can perform on the champion.

Hotspawn: You’re not someone who stays in his lane a lot, but still: now that you’re back in the mid lane, are there any mid laners on other teams you look forward to facing?

Caps: Not particularly. The real goal is obviously to reach Worlds so we get a chance for revenge against the LPL teams. We just want to secure the trophy. But first, we have to utilize the time we have—I guess it’s a few months—to get as good as possible. We’re just going to try as hard as we can in practice to improve. If we get different opponents with different playstyles, like I mentioned before, it’s just a challenge for us to prepare and adapt for when we face the strong teams that will really push us to our limit.

Hotspawn: Since you mention the LPL, I do want to ask you: is a player like Knight, the mid laner of Top Esports, who are showing a very dominant performance so far, on your ‘to-beat’ list?

Caps: Definitely. Top Esports are looking really strong, and Knight especially knows what he’s doing. It’s definitely a team that would be fun to play against. But as I mentioned before, Worlds is the goal for now. A lot of things can happen in the months before it starts. Teams that have previously been at the top can fall off because of something like meta changes. More than looking forward towards an individual player or a single team, I’m looking forward to the World Championship and challenge whoever manages to make it there.