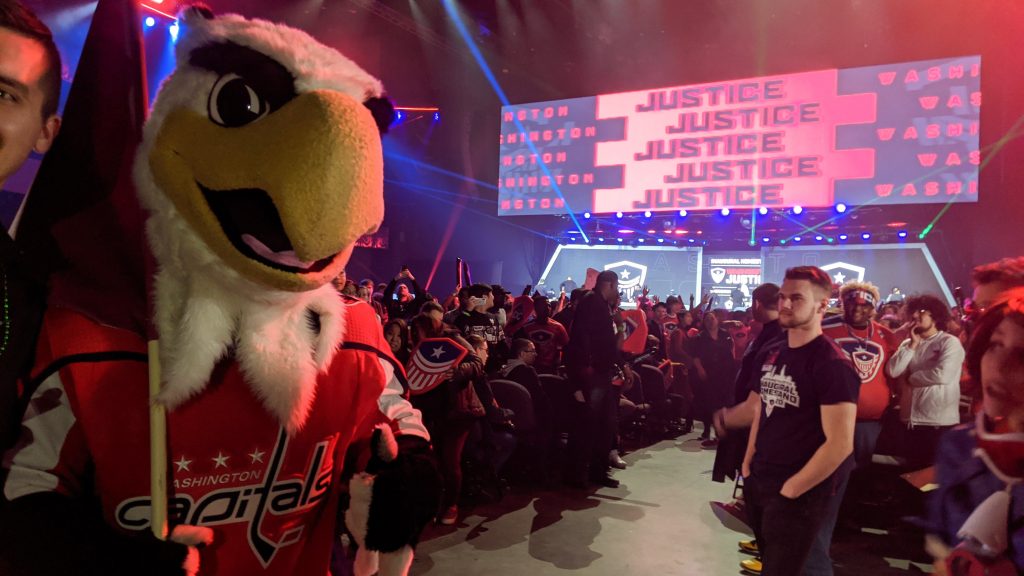 The third week of the Overwatch League took place in Washington, DC over the weekend. The Washington Justice were unable to secure a win in front of their home crowd and were victims of a crushing reverse sweep. Houston and Boston were able to break the record for the longest match, and other teams provided some of the most entertaining matches of the season so far.

Philadelphia secured a 2-1 control victory on Busan and achieved a full hold on Horizon Lunar Colony. JaeHyeok “Carpe” Lee was instrumental in the team’s early success in the series. He continuously dominated New York’s backline and made it almost impossible for the team to make progress.

EMP? Dragonblade? No problem for @carpe_ow and @Fusion. #FusionCarry #OWL2020

New York was able to secure a map win on Havana with a hard fought 3-2 victory. The team was forced to adapt and become much more aggressive to avoid being bogged down by the strong Fusion roster. The strategy would not work forever unfortunately as Philadelphia won the series with a 4-3 victory on Eichenwalde.

The matchup between Houston and Boston was predicted to be a one-sided spectacle and quick win for the Uprising. Houston was not willing to go down without a fight and managed to take the series to an unheard-of game seven. The match is now the longest regular season match in Overwatch history.

The Overwatch League rules require teams to play until one wins three maps. In most matches teams will go 2-2 and finish the series on game five. Houston Outlaws were not ready to give up in map five, however, and forced two draws against Boston. The series may be the longest in Overwatch history, but the delays were not enough for Houston to secure a win.

Boston started the series with a dominant performance on Ilios that Houston was unable to counter. They came out stronger on map two and secured two points on Anubis. Boston was able to do the same, but Houston prevented all map progression in round two and forced a draw.

Houston buckled down in map four and managed to secure another draw. They were able to find their groove and hold back the brutal Uprising attacks with an incredible performance from support player Lee “Jecse” Seong-soo.

Map five was control on Oasis where Houston started to dish out damage. Austin “Muma” Wilmot was able to secure enough room for Dante “Danteh” Cruz to start causing trouble for Boston. The momentum and synergy allowed Houston to secure a win on Oasis and Nepal and take the series to a 2-2 tie breaker.

The final map took place on Lijiang Tower and Boston finally put Houston down. Boston achieved a 3-2 victory to end the longest match in Overwatch history. Houston Outlaws may have lost, but they played much better than last weekend and fought hard on every map.

Paris had a 1-1 record going into the homestand weekend and fans did not know what to expect. Paris have DPS Jung “Xzi” Ki-hyo who has proven to be an incredible flex player. Off-tank Choi “Hanbin” Han-bin also turned 18 this week which made him eligible to play in the Overwatch League and be a useful addition to the Paris roster.

The entire Paris lineup came out strong against Washington and took a 2-1 victory on Ilios. Washington have also had an average season so far and answered back with 2-1 victory on Temple of Anubis. Washington’s tank players were able to get it together and secure what would be their only map victory of the series.

Washington was unable to counter Paris’s coordinated attacks and lost 2-1 on Junkertown. Paris won the series with a final 3-2 victory on Blizzard World.

The first Overwatch League match on Sunday gave New York and Houston a chance to redeem themselves for their losses on Saturday. Houston was unable to break any records in their second appearance of the weekend and was dominated by the strong New York Excelsior lineup.

Jong “Saebyeolbe” Ryeol Park managed to achieve key eliminations on Ilios that helped New York achieve a 2-0 victory. SeongHyun “JJonak” Bang also had an incredible performance in the series and proved that support players can slay when needed.

Houston could not find their footing and were an easy 3-0 for New York Excelsior. Their earlier performance in the weekend showed they are not a team to forget about, so fans can hope for a redemption storyline as the season progresses.

Philadelphia Fusion and Toronto Defiant took their series to a game five nail biter. Both teams were able to achieve back to back map victories and faced off on Nepal for the tie breaker. Toronto was almost able to complete a reverse sweep but ultimately fell short on the last map.

Carpe continued to dominate enemies and further secured himself as one of best DPS players in the League.

Toronto’s Lane “Surefour” Roberts and Brady “Agilities” Girardi did display great chemistry throughout the series and showed that Toronto does have solid talent on their lineup. As Toronto gains more experience throughout the season their cohesion will continue to improve. Fans can expect a bright future for the team if they are able to hone their natural talent.

The final match of the weekend gave Washington Justice a chance to redeem their previous loss, but they were unable to defeat London.

The series began with a strong performance by Washington on Oasis. Corey dominated London and helped secure a quick 2-0 victory. The second map saw Washington secure another victory on Hanamura with a 2-1 victory.

London regrouped on map three and pulled off one of the best defensive holds of the weekend. London held Washington back with only 4.31 meters to go on El Dorado. Gilseong “Glister” Lim managed to secure two kills with Reaper’s death blossom that helped turn the momentum in London’s favor.

London continued their strong performance on Blizzard World and achieved a 3-0 shutout. The series went to map five on Nepal and gave Washington one more chance to win a game in front of their home crowd.

London was not ready to let the reverse sweep slip through their fingers, however, and ended the series with a 2-1 victory on the final map. Gyumin “Sanguinar” Lym had an incredible last match and managed to secure five environmental kills in a single round on Nepal. He finished with a total of 17 environmental kills so far in the season, while no other player has gotten more than ten.

The third week of the Overwatch League saw incredible performances from teams with a lot to prove. Philadelphia maintained their position as one of the best teams in the league, and Houston showed they are not a team to completely ignore. Houston Outlaws will host the next homestand on Feb. 29- March 1.