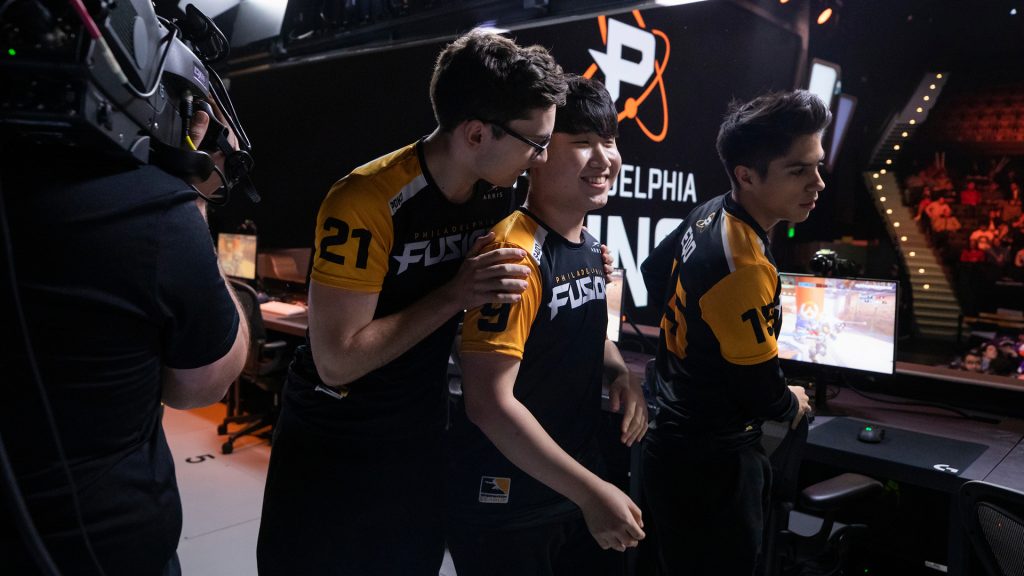 The second weekend of the Overwatch League took place in Philadelphia, Pennsylvania – dubbed the “Battle of Brotherly Love” Home Series. The weekend consisted of dominant performances and crushing defeats with some teams experiencing both outcomes.

Florida Mayhem and Houston Outlaws kicked off the Battle of Brotherly Love weekend with a one-sided performance. Florida secured a swift and shocking victory against Houston.

Mayhem’s rookie players Jun-ki “Yaki” Kim and Nam-jin “Gangnamjin” Gang proved themselves on the main stage and dominated the veteran Houston players. The first map was a swift 2-0 victory on Busan followed by a 1-0 Mayhem victory on Havana. Houston was finally able to pull it together on Eichenwalde, but it was too little too late. Mayhem secured the series win with a 3-2 victory on Eichenwalde.

Houston may have had external issues effecting their performance as four of the players reportedly have the flu. This may have caused decisions and judgement to be impacted, which would unfortunately continue Sunday.

Philadelphia Fusion was able to secure a win in front of their home crowd by beating the powerful Washington Justice.

Philadelphia took the first game on Nepal 2-1 and saw their DPS player Jae-hyeok “Carpe” Lee assert his dominance. During the tie breaking round each team was tied at 99 percent and needed someone to break the stalemate. Carpe switched to Widowmaker and secured a swift 4k that shifted the momentum in Philadelphia’s favor.

Washington was able to regroup and win the second game on Havana 2-1, but Fusion proved to be too much to handle. Fusion took the lead in the series by securing a win Kings Row and finished off Washington with a 4-3 victory on Temple of Anubis.

The entire Fusion roster came out strong against Washington and even broke a map record. Sumin “Sado” Kim secured 21 final blows on Temple of Anubis which is the highest amount recorded on the map in a professional match,, and the fourth highest with Reinhardt in single match.

And with that, @SADO_OW's 21 final blows was the most in the server on Anubis…

…and the 4th most for a Rein in a single map. EVER

Washington is still missing its star tank player Lukas “LullSiSH” Wiklund due to visa issues, so hopefully once he returns the team will be able to have a better chance in the League.

Washington redeemed themselves on Sunday with a dominant win over Houston. Washington achieved a quick 2-0 win on Liljang tower and 3-1 victory on Junkertown.

Corey “Corey” Nigra came out strong on offense against Houston and helped secure the first point King’s row with three swift kills. Outlaws were able to hold Washington at the final point and force an overtime but could not maintain the defense. Washington secured a map completion which Houston was unable to do the same.

Washington beat Houston 3-2 leaving Houston with a 0-2 record for the weekend.

Florida Mayhem dominated Houston on Saturday but were unable to replicate that performance against Philadelphia. Fusion secured a 2-1 victory on Liljiang tower. Florida came out strong during the second match on Junkertown but Carpe continued to be a dominant force.

Fusion were able to secure a tough 3-2 victory and maintained the momentum on Blizzard World. Sado and Carpe continued to secure key eliminations and helped Fusion steamroll through Florida and secure a map completion.

Mayhem could not take a win against Philadelphia on their own turf and suffered a brutal 0-3 loss.

Fusion was able to secure both wins during their home series and established themselves as a strong team in the Overwatch League. Houston was unable to find their groove throughout the weekend but will hopefully return in better spirits and health at the next home series.