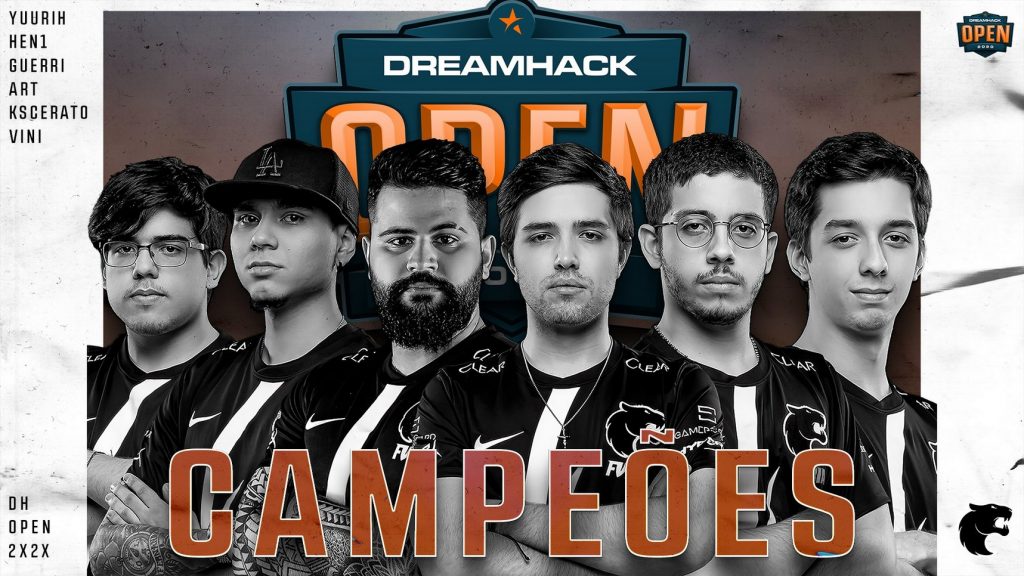 FURIA have reclaimed their throne atop North America with a 2-1 victory over Team Liquid. (Photo courtesy Furia)

The North American side of DreamHack Open Summer has crowned its king. FURIA Esports are back on top after defeating Team Liquid 2-1 in the Grand Finals.

2-1! Inferno is @furiagg's! They beat @TeamLiquid and crown themselves as champion of #DHOpen Summer North America! 👑

FURIA came into playoffs as the first seed in Group B. They only dropped a single game in the Group Stage and were clear favorites going into their Semifinals match against Chaos Esports Club. FURIA very quickly showed why in the first map. On Chaos’s Nuke pick, FURIA’s CT side shut the North American squad down hard. Only three rounds went the way of Chaos in the first half. Henrique “HEN1” Teles and Kaike “KCERATO” Cerato put together a highlight reel with 25 kills apiece in just 24 total rounds. The map ended 16-8 for FURIA.

Chaos actually got off to a decent start on FURIA’s Inferno pick. Their 7-8 deficit from T side was definitely manageable. That was until FURIA’s attack swung back twice as hard. The Brazilians took six of the first seven rounds in the second half and eventually closed the game out 16-11. Every member of FURIA earned above a 1.00 HLTV rating across the entire series.

Meanwhile on the other side of the bracket, Team Liquid finished a similar performance against Team One. A 16-12 on Dust2 and a 16-5 thrashing on Inferno sent the only team at DreamHack Summer who were flawless in map score through to meet FURIA in Grand Finals.

The expected matchup for the DreamHack Open Summer trophy began on FURIA’s map pick of Vertigo. Unfortunately for the Brazilians, it would not go as planned. Liquid started out on T side with a pistol round win that led to a 4-0 score. FURIA tried to stabilize the defense using Andrei “arT” Piovezan’s AWP, but Liquid had prepared ways to play around it. The half ended 8-7 in Liquid’s favor.

FURIA’s attack started off well. They took a 11-10 lead after a string of early rounds. However, they struggled to find ways through Liquid’s defense on even footing. Their full buys were systematically shut down by well-timed aggression and strong team play out of Liquid.

FURIA went the rest of the map without winning a round. The 16-11 win put Liquid on championship point. All the North Americans needed was to win on their own map.

Now on Nuke, it was FURIA’s turn to start on the favorable side. After a pistol round win, FURIA had a 2-0 lead. Liquid’s third round force buy looked like it was going to break FURIA’s economy, until arT pulled off a massive 1v3 AWP clutch.

Using that momentum, FURIA powered through the first half earning a 10-5 lead. This was as good a chance as any for them to force a third map. FURIA even got the best of Liquid with a second-round force buy after losing the pistol. At one point, the Brazilians held a massive 14-7 lead. However, Liquid’s defense was not to be underestimated. With Jonathan “ELiGE” Jablonowski at the helm, Liquid won eight of the last nine rounds in the half. A 15-15 score line required overtime to break. Unfortunately for Liquid, their tank hit empty at the tail end. FURIA finally found their footing in OT and secured a 19-16 win to force one last map.

Inferno would be the decider. Both teams played and won on this map in Semifinals, so it was a point of comfort for all. Out of the gate, it was FURIA who looked the most comfortable. Despite starting on the T side, FURIA fired off a 7-1 lead in the blink of an eye. Once again, Liquid showed why they are such a formidable squad. They brought a six round deficit back to just one thanks to EliGE and Russel “Twistzz” Van Dulken’s 14 frags each. This Grand Final was looking closer by the minute, at least for a short while.

One man on FURIA was hitting his peak at the best possible time. Vinicius “VINI” Figueiredo was playing like a man possessed. While he did earn a 17-10 K-D ratio and 102.5 ADR in the first half, he managed to one-up himself on CT side. VINI posted a massive 20-5 K-D and 157.3 ADR, good for a 2.51 HLTV rating while defending. At every turn, VINI was there stopping Liquid from doing anything productive.

Although Liquid fell short this time, hopes for this revamped team should be high. This match was very close and could have gone either way. For FURIA, this confidence boost should be massive going into ESL One Cologne in a couple of days. There will be even more top-level competition present, meaning this is their chance to truly sit atop the region.