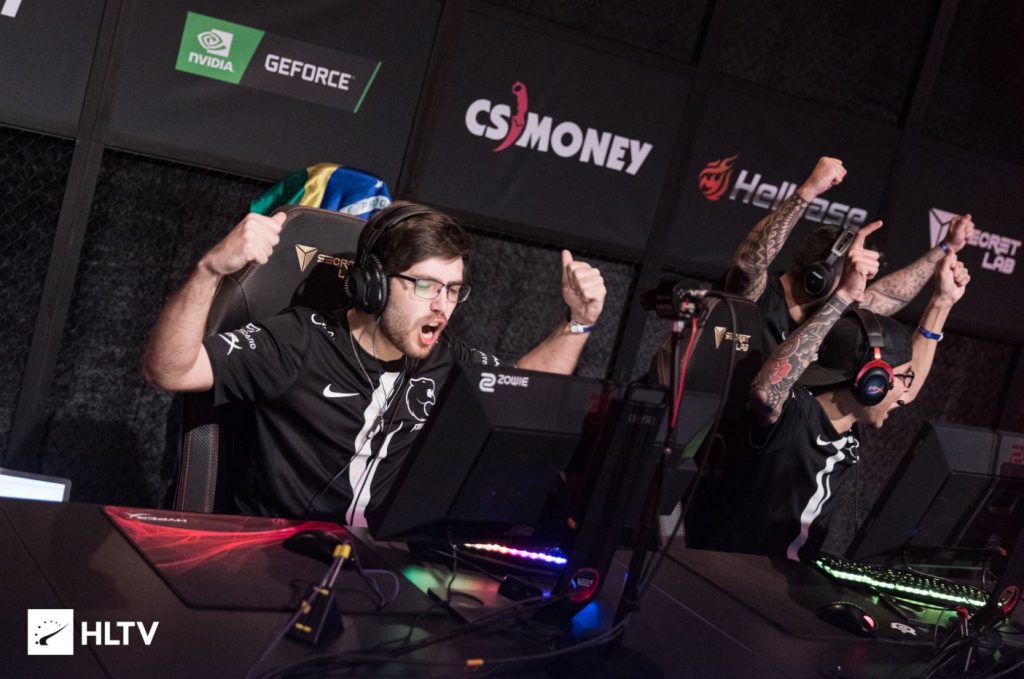 North America’s BLAST Spring Showdown has come to a close. The final three spots at the Spring Finals have been filled. The teams who will join Team Liquid next week worked their way through playoffs for the right to play for the title.

FURIA were the top finishers of Group A. As such, they got a direct pass to the second bracket’s Finals. They sat awaiting the winner of Gen.G versus Triumph. The match, which was expected to be a one-sided affair, was actually very close. Triumph were out to prove that their seeding over 100T and C9 wasn’t a fluke. All three maps were required. In the end, Gen.G barely edged out the underdogs with 16-14 wins on Mirage and Inferno.

Now that the Finals was set, FURIA had just Gen.G to beat. And beat them they would. On Gen.G’s Train pick, FURIA were the top dogs. Their defense was able to shut down Gen.G’s T side with ease. An 11-4 half put the onus on Gen.G to match it.

Inferno went almost the exact same way. This time starting on T side, FURIA absolutely wiped the floor with Gen.G. After losing the pistol round, FURIA forced up and overpowered their opponents. This started an eight-round win streak for the Brazilians. The last six rounds in the half were split evenly, making for another 11-4 lead for FURIA. Once again, Gen.G tried their best to orchestrate a comeback. They were simply outmatched. FURIA closed out Inferno 16-12 to earn a perfect record in playoffs.

As the second place finishers in Group A, MiBR had to start in Semifinals. Their opposition would be Cloud9. Although the match was a 2-1 on paper, it wasn’t really that close. Cloud9’s pocket Overpass pick was a success. They had a decent enough T side with seven rounds then took advantage of an unprepared MiBR attack to take the 16-12 win.

From that point, it was all MiBR. On Inferno, the Brazilians took the 8-7 lead on their T side before transitioning to a nearly flawless CT half. The 8-1 thrashing brought the score to 16-8, an MiBR win. The Dust2 decider was nearly as lopsided. MiBR took control of the game while on the attack early on. Despite winning both pistol rounds, C9 couldn’t get any good momentum going.

MiBR stayed a step ahead through the rest of the map, taking it 16-9 and sending Cloud9 home.

The Finals saw MiBR face off against Evil Geniuses. MiBR selected Train for their map. It was an incredibly back and forth game, with no team ever winning more than four rounds in a row. MiBR had the slight advantage going into the half after an 8-7 T side. A total of eight lead changes happened in regulation as EG evened the score up on their own attack. Once overtime hit, the teams were suddenly separated for the first time. It was EG who took the initiative and swept overtime to steal MiBR’s map 19-15.

As if one nail-biter wasn’t enough, MiBR and EG decided to run it back on Inferno. Although there were less lead changes, the teams were still barely separated at the half. Once again, MiBR had the lead at 9-6 from CT side. After winning the second pistol, MiBR were ready to try and take EG’s map. The Geniuses struck back with a force buy then went on a massive win streak. After thirteen rounds, EG had won 9 of them to hit match point. With their backs against the wall, MiBR won the final two rounds of regulation and forced OT. This time, it was the Brazilians who breezed through it for a 19-15 of their own.

With both teams exhausted, it all came down to Dust2. For the first time, EG were the ones with the lead at the half. Their CT side managed nine rounds, putting the North Americans in control of the map. EG even repeated their force buy win after MiBR won the second pistol again. Things could have spiraled out of hand, but the Brazilians stayed calm and collected. With recent addition Alencar “trk” Rossato at the helm, MiBR put up a wall and won nine of the final 10 rounds to secure the 16-13 win. Trk’s 26 kills and 105.3 ADR helped send MiBR to the BLAST Spring Finals.

The losers match between EG and Gen.G would determine who got the last invite to BLAST Spring Finals. Everything was on the line in this final matchup. Gen.G once again went back to Train. As if they hadn’t had enough of being 11-4’d, it happened again. EG pulled out the same dominant defense that haunted Gen.G before. The Geniuses won the second pistol round plus the two ensuing rounds to increase their lead to 14-4. Gen.G once again had to make up a massive deficit. Just like last time, it was too much to overcome. EG took map one 16-12.

Only one more map was needed for EG to earn a place at the Spring Finals. Another pistol round win saw EG take a 3-0 lead. In the first gun round, Timothy “automatic” Ta pulled off an interesting AWP ace.

Off of that momentum swap, Gen.G earned an 8-7 lead from CT side. This was their first half time lead since map one against Triumph. However, EG wouldn’t let it last. The Geniuses stole the second half economy with a force buy in the second round. They piled up cash until Tsvetelin “CeRq” Dimitrov had an AWP, then let him carry the torch. CeRq’s 26 kills and 102.6 ADR topped the server as EG’s defense remained stalwart. Gen.G had nothing left in the tank, letting EG complete the 16-11 win and advance to Spring Finals.

BLAST Premier Spring Finals begins on June 16th. The four teams fighting for the grand prize, $160,000 and a bid at the BLAST Global Finals later this year, will be: