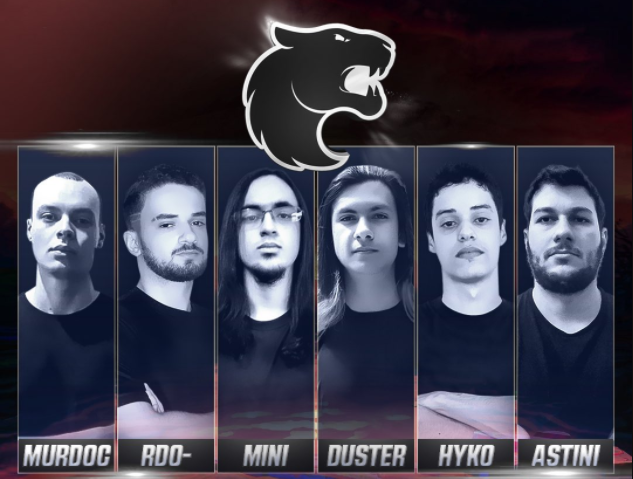 Despite reasonable performances in recent events, outside issues proved too much for FURIA’s former roster. (Photo courtesy FURIA)

FURIA Esports have parted ways with their full Dota 2 roster as per a TwitLonger post released by coach Filipe “Astini” Astini. The news broke late Thursday, with Astini posting details on his personal Twitter account.

In the post, Astini details the issues that FURIA has had leading up to their roster’s departure. The coach suggests that the organization’s interest in Dota 2 had waned in light of massive growth for its League of Legends of other esports teams.

Additionally, he explains that a promised team house had never materialized, leaving the squad to fend for itself for practice, scrim, and now tournament playing locations. He gives the example of missing out on the most recent Major due to issues with their bootcamp location. Forced to share a streaming studio with a Super Smash Bros. tournament, FURIA narrowly missed out on a place at the Major, while also battling with 100+ ping and difficulty hearing their captain’s calls over the sound of the neighboring event

In the early part of the year, FURIA had shot onto the radar as one of several up-and-coming teams from the South American region. With trailblazers beastcoast having opened the door for SA teams to be more competitive internationally, the squad, along with NoPing e-sports and Thunder Predator, had shot to prominence. However, the issues detailed by Astini in his post seem to have been one stumbling block too many, and the squad now departs the organization.

Astini asserts that the former FURIA stack will remain together, but are delaying any return to the competitive scene until after the Novel Coronavirus crisis has concluded. He also noted that the lineup was open to offers from any region, giving light to a potential move for the squad. SA Dota 2 has long been affected by issues relating to the high ping of it’s servers. Sadly with the return to online tournaments in the wake of the global pandemic, SA is once again hamstrung by this handicap at a time when the region as a whole was on the rise.

Despite Astini’s assertion that the organization had announced the dropping of their Dota 2 lineup, at the time of writing, FURIA had not released an official statement. FURIA is scheduled to compete in Movistar Liga Pro Gaming Season 4 that started earlier this week. The current status of their participation remains unknown.