FURIA and Gen.G Top their Groups at DreamHack Open Anaheim 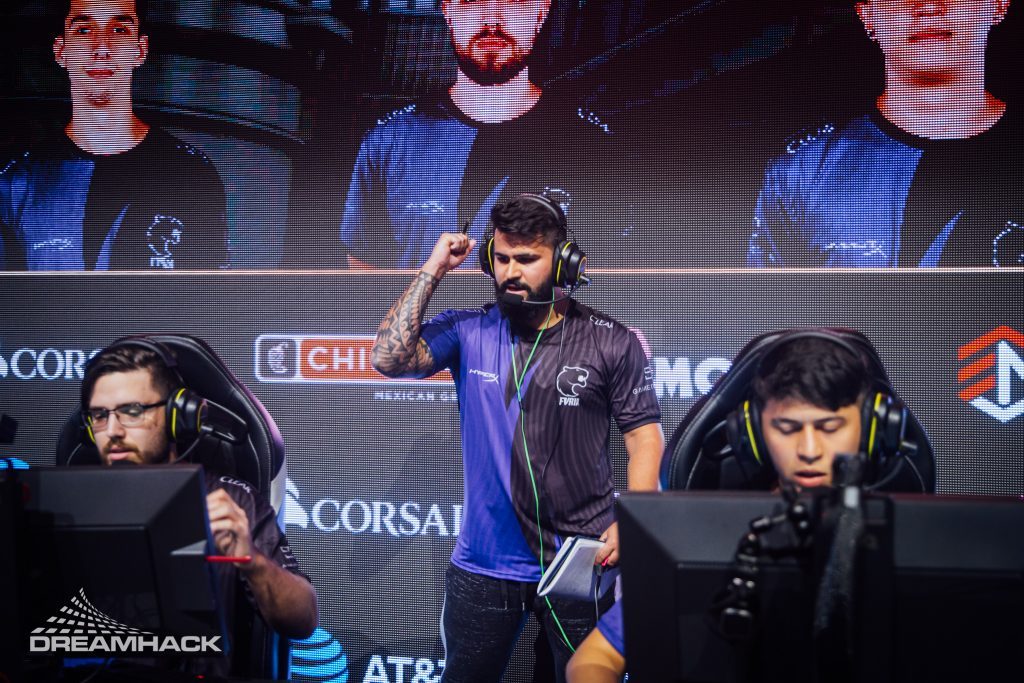 DreamHack Anaheim’s Counter-Strike: Global Offensive tournament has begun. Day one saw the eight teams compete for the first two spots in the playoffs. In the end, FURIA and Gen.G went undefeated and claimed their spots in semifinals. While no team has been officially eliminated yet, there is only one more chance for the remaining teams to snag those remaining top four placements at DreamHack Open Anaheim.

The first match of the event was between FURIA and Endpoint. Unsurprisingly, it was pretty lopsided. After Endpoint got the first three rounds, FURIA went on a T side rampage. Even when FURIA were at a disadvantage, their skill was able to help them secure the win.

The half ended 10-5 for FURIA. Their CT side was even more dominant, securing six of seven rounds to end the match.

For North vs forZe, the teams went to Nuke. North started on the favored CT side and made quick work taking full advantage of it. A strong defense helped North keep total control of the match. ForZe had a hard time moving anywhere, only securing four rounds at the half. On North’s T side, a pistol round win led to a 14-4 lead. The Danish roster eventually closed out their first match.

The Group A Winners’ Match was the most one sided map of the day. On Overpass, FURIA looked completely unbeatable. Their CT hold was nearly flawless as the Brazilian squad took all but one round. FURIA took the fight to North every time with their aggressive holds.

After getting their money in order in the second half, FURIA completed the stomp and advanced directly to the playoff semifinal.

In the closest map of the day, Gen.G were matched against ENCE. ENCE were the first beneficiaries of the Nuke CT side, running the score up to ten rounds in the first half. After they secured the second pistol and the two ensuing rounds, the map looked as good as over. That was until Gen.G. pulled off a defensive streak of their own. Gen.G were able to catch ENCE off guard and pull out a ten round win streak to go from 5-13 to 15-13.

The comeback train is picking up steam as @GenG tie the score 13-13! 🚂 #DHOpen https://t.co/0lqes9bRWY pic.twitter.com/R5KsZNlVGt

ENCE had a chance to push it to overtime, but Gen.G reigned supreme in the end.

The final round one game place on Dust2. Complexity began the match with a strong CT showing. MIBR got to plant the bomb nine times. Of those, Complexity successfully played for the retake in seven rounds. Their impeccable teamwork net them a 11-4 lead at the half.

Although MIBR started their defense off hot, Complexity’s players made some big plays that bought them the rounds they needed.

MIBR couldn’t stop the floodgates which allowed Complexity to close out the map and move on.

The last game of the day between Gen.G and Complexity was an action packed one. Gen.G started out on the T side of Inferno and did surprisingly well. Their pushes were both cohesive and quick, making for easy entry frags. Even when the site takes didn’t go their way, Gen.G’s players were on point individually.

Gen.G went up 9-6 at the half. Complexity weren’t about to be outdone however, as they came roaring back on their T side. Once they got their economy rolling, they took six rounds in a row to tie the game 12-12. With both teams performing well, the map would come down to the clutch. In the end, Gen.G was the better team. They advance to the playoffs as the other first seed.

With that, Gen.G and FURIA have made the playoffs and six are still in contention for the final two spots. Tomorrow, the group stage will come to a close. First, Endpoint vs forZe and ENCE vs MIBR will be the elimination matches. Only the winners will have a chance at facing North and Complexity respectively for the final playoff spots. Dreamhack Open Anaheim has just begun and it’s already heating up.