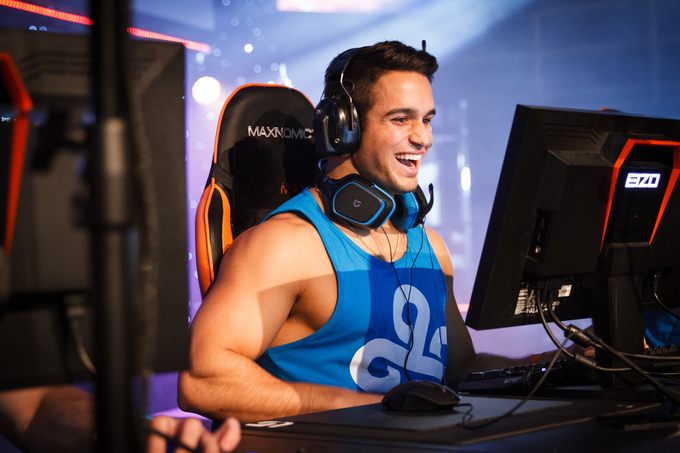 Ryan "freakazoid" Abadir will hang up his Counter-Strike jersey for good as he pursues a professional career in VALORANT.

Ryan “Freakazoid” Abadir has announced his retirement from competitive Counter-Strike on Sunday, stating he will set his sights on VALORANT.

The 27-year old American professional revealed his future plans in a tweet, depicting his excitement to compete at the highest competitive level of Riot Games’ new tactical shooter.

Sometimes life says out with the old and gotta go with the new. I’m quitting cs and going to be playing Valorant. I can’t wait to be apart of the team that competes at worlds or whatever it’s called for it and fucking shit up against teams world wide. LETS GO

The news comes a few hours after former Swole Patrol teammate Jordan “Zellsis” Montemurro declared retirement of his own, also with the intention of chasing a career in VALORANT. While certainly becoming a trend in the Counter-Strike panorama at large, Swole Patrol has lost practically all of its players at this point. Braxton “swag” Pierce was first to go, scouted by South Korean organization T1 as a VALORANT player, while Austin “Cooper” Abadir and Victor “food” Wong would also part ways with the organization. At the time of writing, it’s unclear where Edgar “MarKE” Maldonado and Armeen “a2z” Toussi will go as neither have commented on the dissemination of Swole Patrol.

Freakazoid’s professional career stretches back as early as 2009, when he competed at ESEA Season 4 Finals in Counter-Strike: Source. The rifler and frequent in-game leader has played under a number of household banners including Ghost Gaming, eUnited, and Echo Fox, but will be most known for his time on Cloud9 between 2015-2016. This spell included title finishes at iBUYPOWER Cup, iBUYPOWER Spring Invitational, RGN Pro Series, and 2nd place finishes at ESL Pro League Season 1 Finals and the Electronic Sports World Cup 2015.

The closing portion of Freakazoid’s career was much less glamorous, however. After his brother Cooper unexpectedly left Swole Patrol for eUnited in November 2018, Freakazoid graduated to Ghost Gaming to which the team was able to compete alongside international talent to some extent. He would later reunite with Cooper on eUnited by stepping into the shoes of Kaleb “moose” Jayne, but ultimately failed to produce the necessary results to give substance to the team. Freakazoid and company took a final shot at the Flashpoint North American Qualifier prior to parting ways – the results of which saw them fall short of the LAN qualifier of the franchised league.