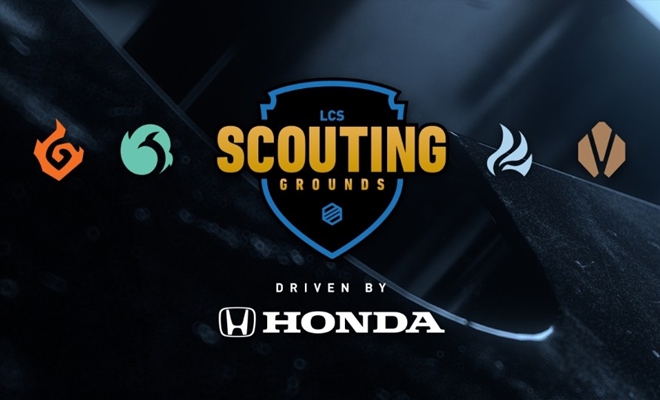 Last week, 20 of North America’s most promising amateur players participated in the 2020 NA Scouting Grounds. While the event was held remotely in adherence to COVID-19 safety precautions, these rising talents still had the rare chance to showcase their abilities on a wider scale and work with some of the best coaching staff in the League of Legends Championship Series.

With free agency now in full swing and Riot’s recent announcement of the new amateur tournament circuit for 2021, you’d do well to familiarize yourself with some of these players. While most of the players performed very well, especially given the circumstances of remote play, here’s a quick look at a few of the most stand-out players from Scouting Grounds this year.

Nxi was highly rated by many coming into the event mostly, because of his hard-carry performances on 100 Thieves NEXT, and they weren’t wrong to do so. Not only did he win Scouting Grounds along with Team Ocean, but he was also voted MVP of the entire thing.

Stylistically, Nxi was a driving force in moving Team Ocean’s early game along. He also showed proficiency on the meta carries like Nidalee and Kindred, but mostly impressed us with his Graves play.

We’ve seen junglers in NA like Robert “Blaber” Huang and Mingyi “Spica” Lu rise up from Scouting Grounds to become top performers in their role once they make it to LCS. The aggressive style and ability to carry with resources that Nxi displayed is a big reason why.

6-0 sg run 🙏Couldn't have been more blessed to play with this group of guys. THE SHORYU SHOW BEGINS 2021 💪

Shoryu was one of the few players in this year’s Scouting Grounds cohort with previous experience in both Academy and Scouting Grounds. Having played for Team Liquid Academy and with ANEW Esports in amateur with the likes of Aidan “5fire” Reckamp and Mike “Mikeyeung” Yeung, he had a lot of expectations on him to perform at this event.

This Scouting Grounds, Shoryu had one of the best showings out of all ADCs and two specific aspects of his play stood out the most. The first being his consistency in working with his support to punish enemy laners’ mistakes; he was frequently getting 2v2 kills in lane. The second, being his positioning, which can most clearly be seen in his low death count. In the entirety of Scouting Grounds, he averaged roughly 2.2 deaths per game.

Shady is another Scouting Grounds player that’s been around the scene for a while, but surely has the most impressive resume out of the bunch.

C9 has waived my exclusivity. Looking for Academy/LCS.

Good supports are hard to come by in the NA amateur scene, in part because some of the core tenants of the role, like communication, can’t really be learned through solo queue. Shady had the advantage of playing with the best collegiate team in the country, Maryville University, however, and seemed much more polished than the other supports at Scouting Grounds.

What immediately stood out about Shady was his champion pool and adaptability. He not only played nine unique champions at Scouting Grounds, but he also seemed to sync up with his AD’s playstyle better than any other support which was a huge reason for Team Infernal’s success last week.

Hit top 10 in the last couple days of the season, 2 1k LP accounts and all that's left is to win Scouting Grounds next week and we end the year off right 💪💯 pic.twitter.com/vA8HlmBJTT

Copy is another one of the former 100X players at Scouting Grounds this year and one of the hottest mid lane prospects in NA. Looking at numbers alone, he showed up in a big way at Scouting Ground; he had the third highest overall KDA and the second-most kill participation for all mids.

In a pool of impressive mid laners, Copy still stood out as the type of mid laner you’d want on your team. While mostly playing to the strengths of his teammates and the meta by playing roaming mages like Galio, Twisted Fate, and his signature Zoe, he was also able to show his proficiency on flashier picks like Lucian and Akali.

A NEW ERA OF TALENT

As always, the 2020 NA Scouting Grounds ended with a draft. Participating LCS teams selected 10 lucky players from the pool of talent at Scouting Grounds with an option to waive player exclusivity as a way to allow both players and organizations to keep their options open.

All four of the players above were chosen by teams this year, but here’s a look at the entire draft: