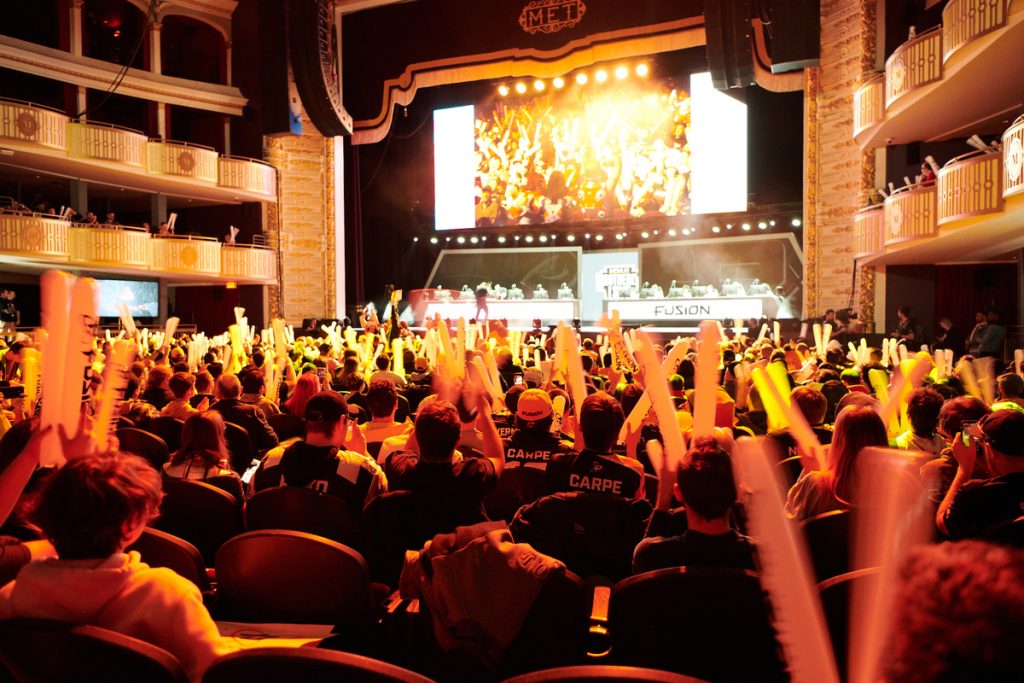 Rookies have made their presence known all season long in the OWL. (Photo Courtesy Ben Pursell for Blizzard Entertainment)

2020 has undeniably been the year of the rookie in the Overwatch League. In the third season of the OWL, the pipeline of new talent has been flush with spectacular newcomers. Most of them hail from the eternal wellspring of Overwatch prodigies, Contenders Korea, but they’ve all revealed the importance of injecting new blood into the mix.

When this year’s OWL Role Stars were announced last week, seven of the thirteen spots were occupied by rookies. That’s more than last year, when the league welcomed eight expansion teams and more than a hundred rookies into the fold. The 2020 class has been remarkably productive, whether you’re talking about overperforming prospects like Kai “KSP” Collins and Sanglok “DREAMER” Song of the LA Valiant or bona fide superstars like the Eternal’s Yeonghan “SP9RK1E” Kim and Brice “FDGod” Monscavoir.

Going into the OWL Grand Finals Weekend, the outsize role of rookies will diminish, to an extent. The final four are all veteran-laden squads with big-game experience at most positions. Each one, however, will rely heavily on at least one rookie to deliver in crunch time. Whether they rise to the occasion or crumble under the pressure, these four players will take center stage next week.

OWL Role star, Rookie of the Year Candidate, two-time tournament champion. Few players, let alone rookies, are capable of the kind of season LIP has had in 2020. From the relative obscurity of a bottom-table Contenders team to a pivotal piece of the league’s top overall team, his rise has been the stuff of legends.

Throughout the season, he’s been stellar on a number of heroes, mostly hitscan threats, but his signature pick from the jump has been a Sombra the likes of which we’ve never seen at the OWL level. He played it at nearly every opportunity, spending just over half his time on the hero even through meta shifts and numerous weeks with Sombra banned.

The results speak for themselves. Shanghai had a 58% fight win rate when LIP was on Sombra, second in the league. LIP’s individual stats on the hero are incredible across the board, but it’s his damage output that elevates him over his peers. He leads the league in damage per 10 minutes on Sombra by a margin of over 800, nearly 15% above his closest competition.

Time and time again, the Dragons have leaned on various iterations of their Sombra dive comps. It saved them in their miraculous reverse sweep over Seoul in the May Melee and delivered another title during the Countdown Cup. They were the league’s best Sombra team and it wasn’t particularly close.

That’s why it’s so strange to see them struggle a bit in the playoffs. LIP has been excellent as ever, but the Dragons haven’t been the same playing alongside the Reaper and the more front-line focused style that the current meta demands.

Against the Dynasty, Shanghai was even forced to abandon their favored style in order to match Seoul’s Roadhog compositions. The Dragons eventually pulled off another comeback win thanks, in large part, to LIP’s standout performance on Widomaker and McCree.

LIP might not have the gargantuan hero pool of his MVP teammate, but together they give Shanghai an unmatched ability to adjust on the fly. He’s been unflappable during the biggest moments of the Dragons’ unforgettable season, and there’s no reason to suspect that will change now.

Remember everything I said about how LIP had a one of a kind debut season? Well, all of that is somehow equally true of ANS. They even briefly played on the same mediocre Contenders squad before ANS chose to focus on his streaming career. When he joined the Shock in the offseason, the consensus was that ANS was a Widowmaker one-trick who would find himself buried on a team that already had four proven commodities at his position.

Little did we know that he would go on to be the most surprising rookie since SeongHyun “JJonak” Bang took the league by storm and claimed the first ever OWL MVP. If this had been a year dominated by Widowmaker like 2018 was by Zenyatta, there’s no doubt in my mind that ANS would have been the MVP.

As it was, ANS spent most of his year swapping between Ashe and Widowmaker as called for by different maps and metas. He was top-tier on both, leading the league in Final Blows and Eliminations per 10 minutes on Widow and finishing top-4 in every major stat as Ashe.

More than just ink… @ansansniper__ uses his tattoos to keep himself motivated and striving for greatness. 🖤 pic.twitter.com/Sd3fIuDvLm

More than the stats, it’s the eye-test that favors ANS. When he gets rolling, there might not be a hitscan player in the league that can match him from range. Over the course of the season, he managed to take over matchups against the likes of JaeHyeok “carpe” Lee, Sangbum “bqb” Lee, and KSP.

In the playoffs, though, the Shock have started to ask more of ANS. He’s still being fed a steady diet of Ashe and Widow, but he’s now being asked to pick up the Sombra more often along with a smattering of Mei in specific situations.

He’s stepped up to the plate in a big way, expanding his hero pool and allowing San Francisco the flexibility to avoid telegraphing their comps with substitutions. They’ll always be at their best when ANS is clicking heads from afar, but adding more arrows to his quiver will only make him and the Shock scarier in an evolving playoff meta.

It might seem strange to be discussing Fusion rookies and gloss over their potential ROY, but that’s exactly what’s about to happen. KyeongBo “Alarm” Kim is incredible, and irreplaceable for the Fusion. I even picked him for MVP, but everyone can see just how great and important Alarm is.

What might go under the radar a bit are the contributions of the other rookie on the Fusion roster, assuming we’re not counting Philip “ChipSa” Graham. What seemed like a strange signing at the beginning of the year – a hitscan player who couldn’t possibly supplant carpe in the lineup – has turned into the perfect addition for the Fusion. 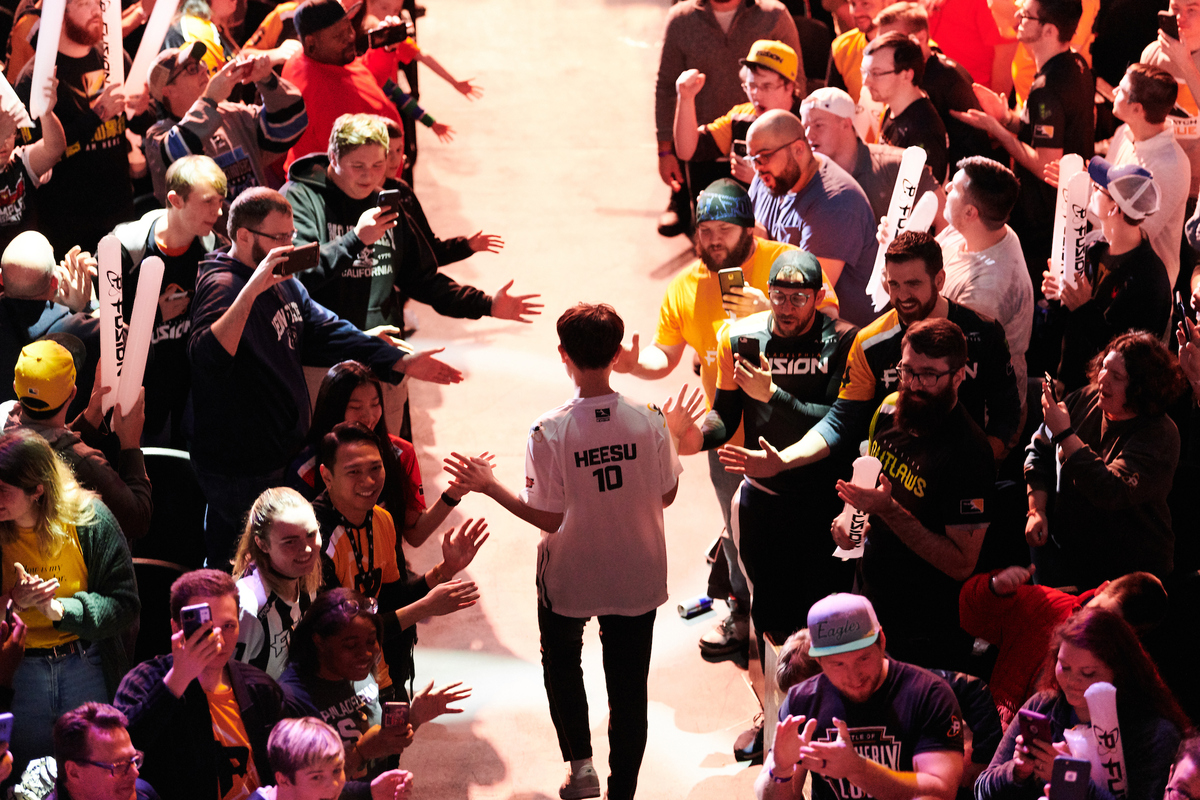 Not only does Heesu give Philly a great option for the double hitscan comps that became common under Hero Pools, but he also fills in the gaps of carpe’s own pool where he’s merely good rather than elite. With Heesu able to step in to play Sombra and Reaper, carpe was freed up to focus on the picks that made him an MVP candidate this year and in the past.

Now, with Sombra front and center in the playoff meta, Philly has a player who can rival the best in the world on the pick. Heesu leads all playoff performers in Final Blows per 10 minutes on Sombra and had the second fewest Deaths per 10 minutes.

To this point in the OWL playoffs, the impossible has seemingly happened. Carpe has taken a back seat as Heesu combines forces with SeungHyun “ivy” Lee for Philly’s Sombra/Reaper DPS duo. The Fusion have deemed Heesu’s Sombra a necessity, playing him in all but one map of their playoff run. Whether their commitment remains so steadfast after a month of practice remains to be seen, but Heesu will undoubtedly play a huge role in deciding Philadelphia’s fate.

Of all the names on this OWL list, this is the only one that truly feels like a rookie. In part, that’s because we still haven’t seen all that much of Creative. Before the playoffs started, he’d played just 50 minutes the entire season, all on Zenyatta. He has now more than quadrupled his career play time and become Seoul’s Ana specialist in the process.

Creative’s sudden presence is largely unexplained right now after Seoul fielded Seungtae “Bdosin” Choi for the vast majority of the season with Ana as his most played hero. That’s not to say that Bdosin was anything to write home about this year, but it’s odd to see a substitution like this.

Creative is making the most of his opportunity so far, stepping in to give this team another dynamic playmaker to go alongside superstar DPS and tank players. He’s channeling the spirit of former Dynasty great Jehong “ryujehong” Ryu during this playoff run, hitting sleep dart after sleep dart, often at ridiculous angles. Creative’s teammates have him to thank for a great number of free kills throughout the postseason. His performance against the Charge was especially impressive and earned him player of the match honors.

On top of his spectacular individual plays, Creative has had a fantastic knack for staying alive and absorbing pressure in the back line. In the face of dive comps from Guangzhou and Shanghai, he stood tall and survived through tremendous game sense and positioning.

If Seoul has serious aspirations of pulling off an upset or two at OWL Grand Finals Weekend, Creative is going to have to maintain or even raise his game to another level. Given the competition, it’s going to be a trial by fire for the Seoul flex support. Still, if the 2020 season has taught us anything, it’s that you can’t afford to underestimate anyone just because they’re a rookie.