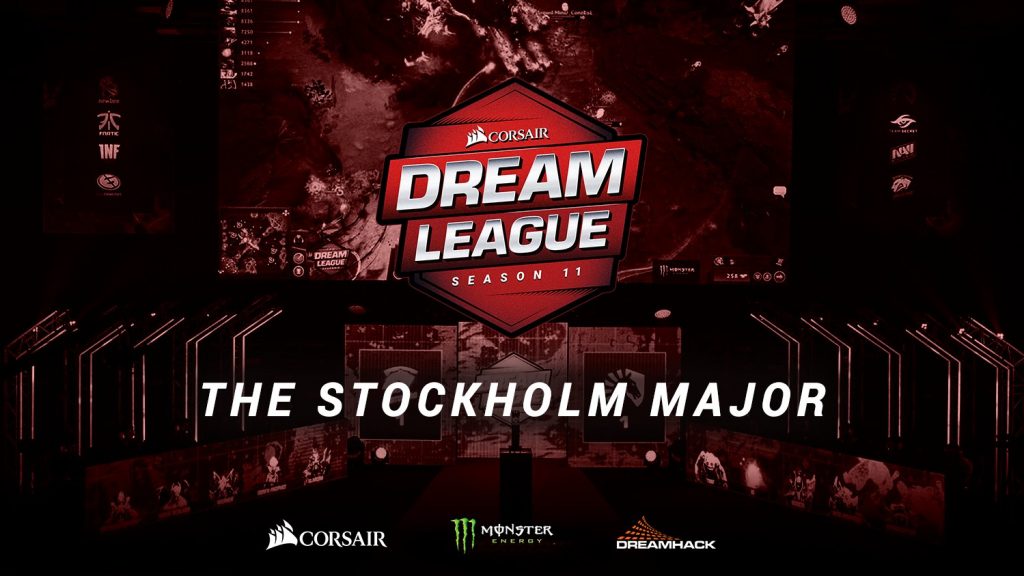 The first round of Regional Qualifiers for DreamLeague Season 11, the Stockholm Major, is complete. Nine teams qualified, with another five to go.

The first round of Regional Qualifiers for DreamLeague Season 11, the Stockholm Major, is complete. Four regions participated and nine teams qualified, with another two regions and five teams to go.

The China, Southeast Asia, CIS and South America regions were the first up, competing from February 1-3.

China finished up first, with three qualifying teams. PSG.LGD beat Team Aster and EHOME beat Vici Gaming in the Upper Bracket.  Surprisingly, it was Keen Gaming who made it through the Lower Bracket, taking out Team Aster and then Royal Never Give Up to earn the last spot for a Chinese team. Both Team Aster and Vici Gaming had accompanied PSG.LGD to the previous two Majors, so this is a real shake-up in the status quo.

For the SEA region, Fnatic and Mineski snagged top honors. First, they dominated their groups, and then they dominated the playoff bracket. Notably, TNC Predator, who had previously accompanied Fnatic to the first two Majors, was knocked out in the first round of the Lower Bracket, going 1-2 versus WarriorsGaming.Unity.

CIS teams were, essentially, fighting over a single spot though the region was assigned two. Why’s that? Virtus.pro were expected to waltz through the qualifiers, and waltz they did. They went 8-0, taking the Upper Bracket slot easily. The Lower Bracket battle came down to Gambit Esports, who went to the Kuala Lumpur Major, and Natus Vincere, who placed second in DreamLeague Season 10, which was the first Minor of the season.

The final moment and emotions of our boys after qualifying for the #DreamLeagueMajor! Thanks for the support, #NAVINATION! pic.twitter.com/q43sXzB2Z9

The two teams had met in the group stages, and Gambit Esports won then 2-0. However, when it came down to the final series, Natus Vincere came out on top 2-0. (Settle down, Na’vi fans, every time we say the team is “back”…well, you know how this refrain ends.)

The last region to finish was South America. Chaos Esports Club took the first slot, with a perfect 8-0 run. This squad has consistently been strong within the region, so no surprises here. The second South American slot went to Infamous who beat the Brazilian stack, rei do picolé in a 2-0 final.

With so many games happening around the clock, it was easy to miss more than a few.

There were stand out moments. We’ve whittled it down to two highlights, both of which come from day two.

The first is Virtus.pro making use of the New Bloom consumables, specifically the pig balloons. It was an amusing moment not only because, hey, pig balloons are pretty funny, but also because the team chose to smoke right before herding the balloons across the river. Very subtle, Virtus.pro, very subtle!

The second highlight is gameplay-focused. In game two of a first-round Upper Bracket match between Thunder Predator and rei do picolé, Thunder was pushing on the Dire ancient. All of the Radiant tier three towers were still standing, and Radiant had mega creeps. They were clearly in control. Guilherme Silva “Costabile” Costábile was the sole player standing for rei, on a Terrorblade.

What happened next has to be watched to be believed:

Contabile rampaged, killing all five of the Radiant heroes. After the clip ends, he buys a Divine Rapier and charged down mid to win the game. This pushed the series to a third game, which rei won! While the team didn’t ultimately secure a spot at the Major, keep an eye on them for the upcoming Minor qualifier.

DreamLeague’s cultivated a brand characterized by jokes, relaxed casts and in-between game goofiness. This season’s notably following the stripped down model that Season 10 utilized, with fewer shenanigans, but the same casual atmosphere that invites viewers in for the long haul.

Notably, DreamLeague’s official casting team for this season features three men and three women. If there’s been a previous Dota 2 casting panel with so many women on it, we couldn’t find it. Owen “ODPixel” Davies, Jorien “Sheever” van der Heijden and Admir “LizZard” Salkanović are covering one shift, and Michelle “Moxxi” Song, Nick “BreakyCPK” Caras and Muriëlle “Kipspul” Huisman are covering the other. This provides nearly round-the-clock stream time.

Tune into DreamLeague’s Twitch channel from February 4-6 for the qualifiers for Europe and North America.