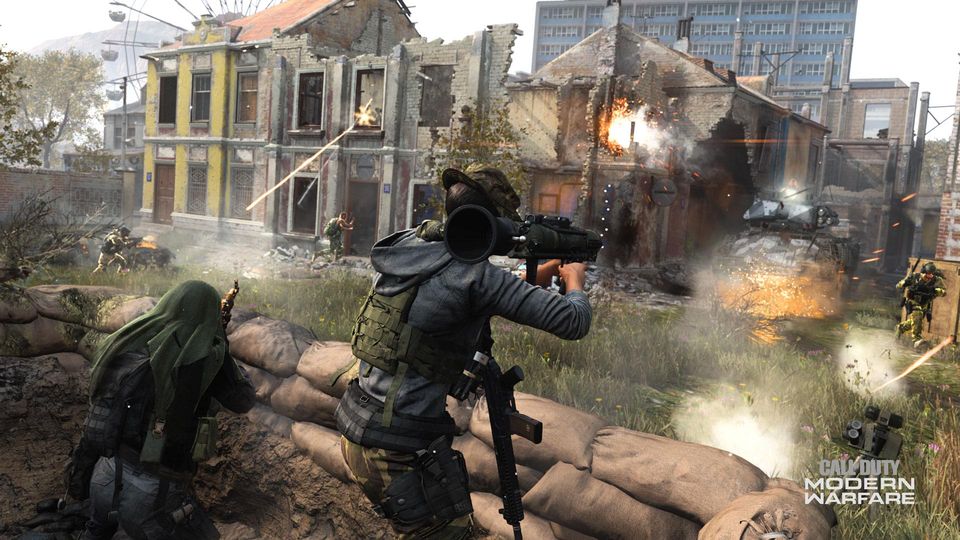 Activision announced Monday that four new weapons will be added to Call of Duty: Warzone on March 24th at 11:00 p.m. PDT. The four new weapons are the 725 shotgun, MK2 Carbine, .50 GS, and EBR-14. Players will be able to find these weapons in common and uncommon rarities around the map.

The new weapons will add variety to Warzone gameplay and provide the opportunity for more diverse gunfights. Some of the weapons are very effective in Modern Warfare’s multiplayer mode, so it will be interesting to see if this carries over to Warzone.

The 725 shotgun was a notorious weapon at the launch of Modern Warfare. The shotgun had incredible range that allowed players to take out enemies from a distance with ease. The shotgun was nerfed to help balance the overpowered weapon, but it is still a very effective weapon today. The 725 could be a solid choice in Warzone to help clear out buildings and tight spaces.

The .50 GS is the strongest pistol in Modern Warfare and can be deadly in the right hands. The gun has a lot of recoil which makes it hard to control, but the damage knocks down enemies in two shots without armor. This will be a gun to grab early in a match to secure easy kills.

The MK2 Carbine is already featured in Warzone as a rare weapon with a few attachments. This weapon provides a solid amount of damage and decent range that can be effective in early matches. There are better choices for the late game, however, so players should switch this weapon out for something better if possible.

The final weapon being added to Warzone is the EBR-14 which is a semi-automatic marksman rifle. This weapon is a good choice for mid to long range engagements and can deliver a lot of damage. The rate of fire does not make it ideal for close quarter combat, however, so players should have a proper alternative equipped for those situations.

There is also a brand-new operator coming to Modern Warfare and Warzone named Talon. Talon is a new Coalition operator who has a canine sidekick named Indiana. Indiana is featured in Talon’s finishing move which is included in Talon’s bundle. The bundle will also include two legendary weapon blueprints and two-tier skips to help players skip some of the grind required to hit level 100 of the battle pass.

All the new content will be available for players to enjoy tomorrow at 11PM PT.