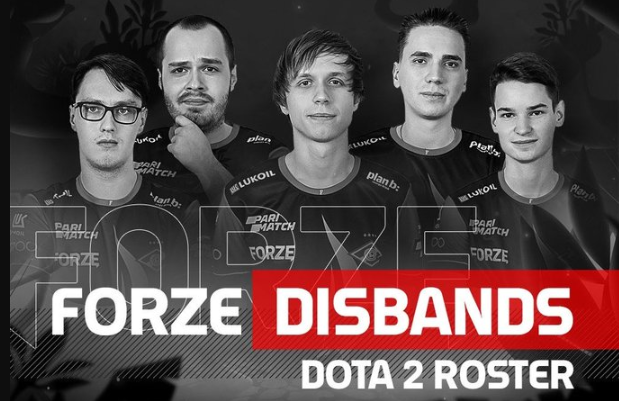 Russian esports organization forZe eSports have disbanded their Dota 2, citing disappointing results. The news emerged on Thursday evening, with a post released by the team.

Based on the results of the test period, we decided not to sign permanent contracts with the #Dota2 roster.

It’s worth noting that we don’t leave the discipline. We take a break to assemble a promising young lineup.

And we wish good luck to the players representing our team! 🤝 pic.twitter.com/xYeRjNVmxM

forZe had signed the roster of Alexander “Gibkiy” Tkachenko, Egor “19teen” Lexutin, Stanislav “633” Glushan, Evgeniy “Chuvash” Makarov, and Ivan “VANSKOR” Skorokhod, who had previously competed under the mantle of Gentlemen. That stack had seen a reasonable amount of success towards the end of 2019, prompting forZe to sign the lineup in January.

forZe eSports is entering one of the most popular games in the world! 🔥
FORZE x DOTA 2

Just prior to their signing, however, the team’s one position, Alexandr “pio65” Zalivako, was signed by B8, leaving the team without a primary carry. The squad quickly acquired Alexander “Gibkiy” Tkachenko, a relatively unknown player whose first competitive experience came in 2019.

After some initial success under the forZe mantle, the team failed to secure a spot at ESL One Los Angeles Major, instead heading to the StarLadder ImbaTV Dota 2 Minor Season 3. There they fell in the group stage, missing out on a chance to advance to the playoff bracket.

Despite only being signed with the organization for just over two months, forZe has now parted ways with the roster. In their tweet, the team explains that it’s not giving up on Dota 2 completely. “It’s worth noting that we don’t leave the discipline. We take a break to assemble a promising young lineup.”

forZe’s former stack have returned to using the Gentlemen handle, and will seemingly continue to compete as a group. Prior to the 2019-2020 season, players would retain the Dota Pro Circuit points they had acquired if they departed a team. Under this season’s system, the forZe organization will keep its 56 DPC points going forward.