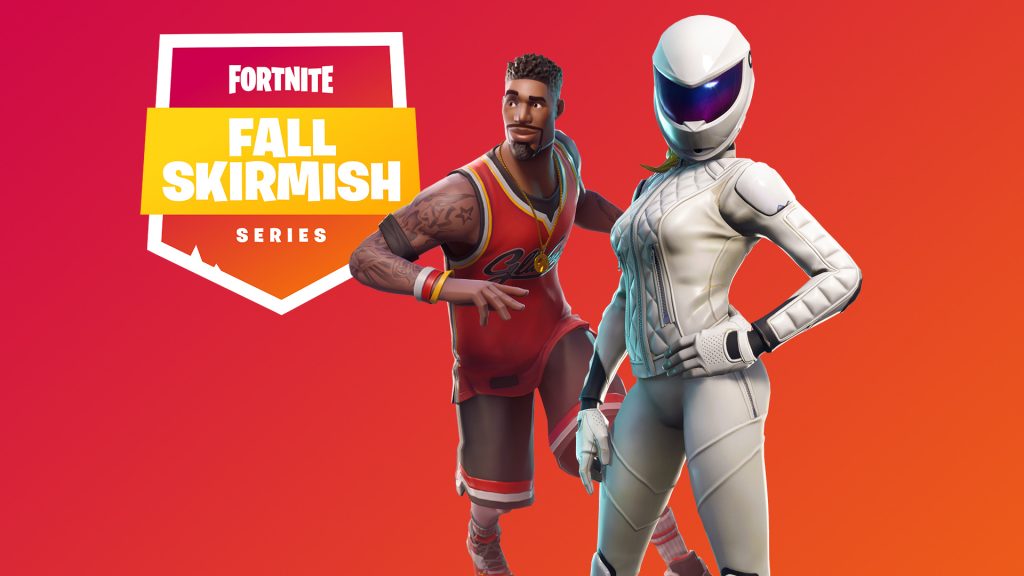 Fortnite’s next competitive competition, cleverly named the Fall Skirmish, will begin this Friday, September 21. Epic’s previous Summer Skirmish event was wildly successful as we saw some unexpected “no-namers” claim the victory royale multiple times. With a whole new event ahead of us, Epic has released some information about the upcoming event, formats, and they also announced that the six-week event will conclude at a LAN event during TwitchCon. There are now even more ways for players to win, succeed, and climb the ladder to claim hundreds of thousands of dollars.

As fans are anticipating more Fortnite action, participating players have their eyes on the $10,000,000 Epic has put up for the six-week event. In the previous event series, we saw multiple players walk away with over $250,000. Will the Fall Skirmish be the event that will crown the first Fortnite athlete to win over a million dollars? There are currently 16 players who have earned over $100,000, including Austin “Morgausse” Etue, who won a quarter of a million at PAX West in August.

Epic announced in a news post that there will new some new formats coming into play, as Epic looks to incorporate a few into their “large-scale events in 2019”.

“The new approach for Fall Skirmish will include both Competitive and Entertainment play formats. We’re looking to incorporate some of these new formats into our large-scale events in 2019. During Fall Skirmish, players will proudly represent themed teams and earn points based on their performances in both play formats. Each week will pose new challenges like white-knuckle ATK races, masterful golf outings, mini-games, and of course high skill competition every weekend.” – Epic Games.

There will be more information to come within the next few days that will explain more in-depth about the formats, themed teams, and challenge points Epic hinted towards. It is expected that Epic will answer questions each week about what is expected and what is to come in competitive Fortnite, as they have previously.

As Fortnite is in its infancy, it is important to know Epic is looking out for all of their players’ interests. One way this shows is their commitment to representing Showdown competitors. Last event we saw numerous Showdown players knock out high-profile players, evidentially rising to the occasion. Team Liquid’s Vivid is a shining example as he participated in almost every Summer Skirmish event. He was able to participate in the Skirmish event because of his Showdown performance.