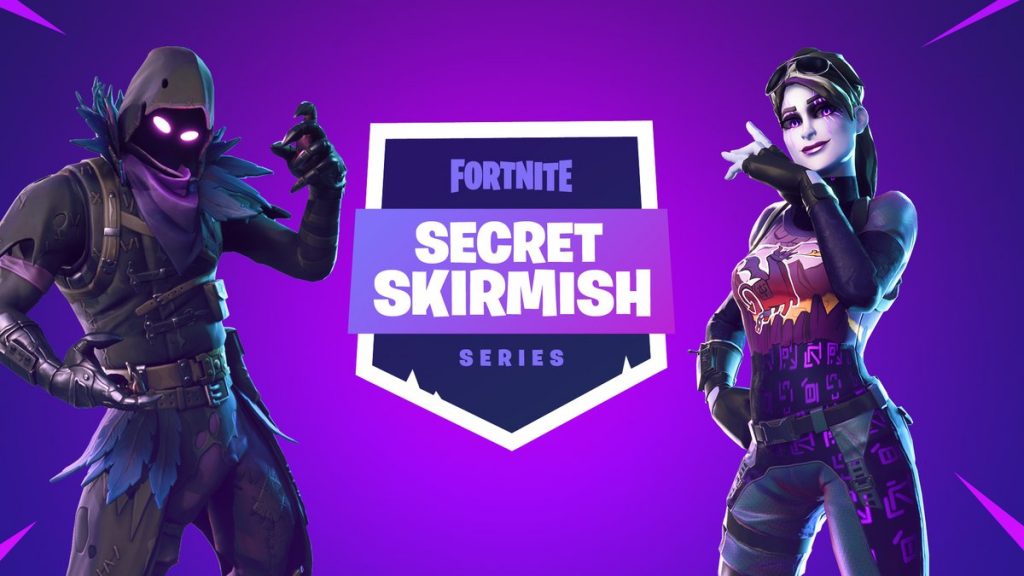 An undisclosed location, 100 hand-picked Fornite players and $500,000 up for the grabs. The Fortnite Secret Skirmish was wild.

First up, it wouldn’t be a true Fortnite tournament without Epic Games dropping a major patch change. However, unlike the previous tournaments, the patch was welcomed as it addressed some core problems that the community had been crying out for. The most notable change was that stormwing planes will no longer be able to smash through structures.

The Secret Skirmish was broken up into two days of intense competition. The first-day playing host to the duo tournaments with $100,000 up for grabs. Randomized duos went head-to-head in six matches and were allocated points on the following system:

Big Bonus: After 8 Eliminations, 1 Point will be added to each elimination.

The first game kicked off and many duos struggled to gain some momentum. However, duo Dylan “Dmo” Moore and Turner “Tfue” Tenney who showed dominance with an impressive eleven elimations followed by a battle royale.

Winners of Game 3, Ceice and Lyricen proved that every game counts. The duo secured seven eliminations and complete with their victory royale points jumped up an incredible 43 places on the leaderboard.

It was neck and neck going into the final game with four duos sitting joint first with 10 points. However, it was Rocco “Saf” Morales and Ronald “Ronaldo” Mach who secured the game victory and the tournament win. The duo complete with the other top ten took home their share of the $100,000 prize pool.

Day two saw the 100 players return to the battle bus, but this time they were flying solo and the prize pool had dramatically increased to $400,000.

Game 1 saw a victory by Thomas “72hrs” Mulligan whose use of high ground in the final storm circle helped him clinched the battle royale. Fellow Liquid player, Noah “Vivid” Wright also managed to secure a win in Game 4 where he clinched seven eliminations.

There was a stand-out performance in Game 3 from Butter, who secured three eliminations and placed sixtieth. While not outwardly impressive, Butter was actually a late addition to the tournament after he was invited to fill an empty spot. He went from helping testing computers as a volunteer to being in with the chance at a $400,000 prize pool.

Yet again, it was all to play for in the final game. Rocco “Saf” Morales went into Game 6 at the top of the leaderboard with a two-point cushion. However, it was Timothy “Bizzle” Miller who managed to secure the game win. After completing back to back victories, Bizzle finished the secret skirmish at the top of the standings with just a one-point lead.