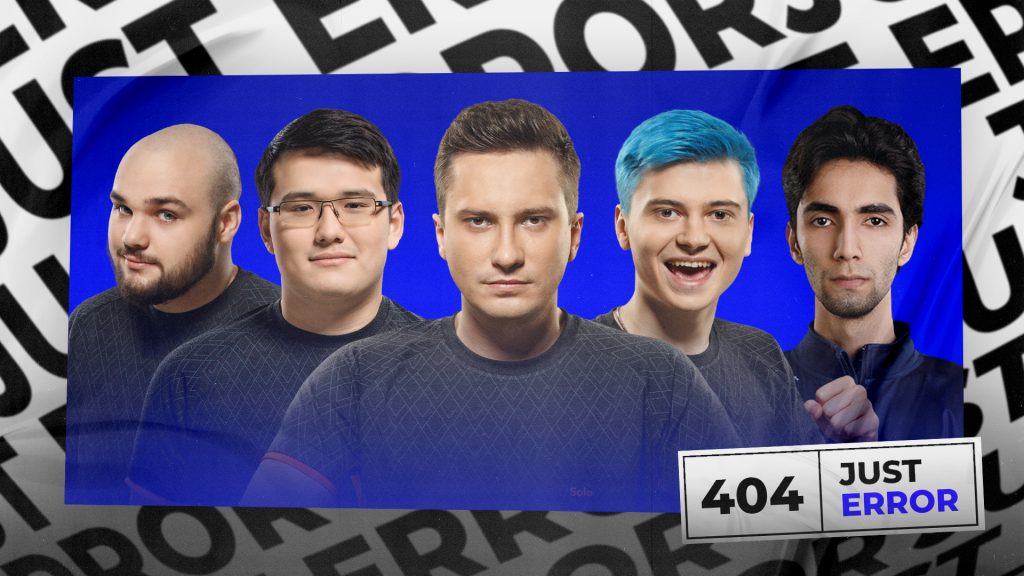 Just Error reunites some of Virtus.pro’s most storied players, and adds SumaiL, one of NA greatest stars (Image via No Error)

For several days rumors of a new stack featuring some of the top players in the game have been circling. Now, finally, those rumors are settled with the reveal of Just Error, a new team featuring former members of Virtus.pro and North America’s Syed Sumail “SumaiL” Hassan. The news broke in the early morning of November 11, with the team just hours away from playing their first game.

Just Error’s roster consists of former Evil Geniuses carry Roman “RAMZES666” Kushnarev, SumaiL, Vladimir “No[o]ne” (pronounced nuːn) Minenko, Bakyt “Zayac” Emilzhanov, and Alexey “Solo” Berezin. The lineup reunites Ramzes with his former VP teammates Noone and Solo, as part of a lineup that competed in a trio of TI’s between 2017 and 2019.

Zayac, Noone, and Solo leave the team having amassed an incredible series of stats, despite Zayac only being with the team for just a few months. Noone and Solo, who both joined the Virtus.pro in 2016, have presided over some of the most successful periods of competition for the CIS team. Between 2017 and 2019, the squad seemed unstoppable, winning and being runner up over a dozen majors. The International was their only stumbling block.

The main stats for their time under the https://t.co/RghpmPyTHr flag 🐻 pic.twitter.com/2gvlapxDBI

The roster announcement also finally answers the question of just where SumaiL will end up playing. After starting 2020 with a surprise move to OG, the TI winner was dropped in July after a plethora of problems with time zones, ping, and latency. Since then, SumaiL has been teamless, although it was rumored he would return to NA. Similar rumors had hinted that Ramzes was headed back to Virtus.pro as part of these moves, rather than this entirely new roster.

Rumors of this new lineup first surfaced over the weekend, with reports of a new team scrimming in CIS servers. It attracted attention for the sheer quality of the players on the roster. The all-star lineup boasts over a dozen TI appearances between them.

Heard from a variety of sources that the previously rumored 3 members of the TI7-9 VP squad Noone / Solo / Ramzes, along with SumaiL + Zayac have been scrimming together, and will play together in Epic League S2 (not Omega League S2 btw – since WePlay are not involved).

However, despite being officially announced only this morning, the new team has already courted controversy. The squad was automatically invited to the playoffs of EPIC League Closed Qualifiers despite never having played a single competitive game together outside of these rumored scrims.

Yellow Submarine have played 12 games in the qualifiers to which they were invited for grinding in Summit 13 EU/CIS (3rd) & ESL One Germany (9th).

Tomorrow they're playing a team who have played 0 competitive games together, and have been put directly into the playoff finals.

The decision to advance the team directly to the finals of the qualifier playoffs to compete for a spot in the EPIC League Division 1 is a slap in the face to Yellow Submarine. The underdog team who gained notoriety in October for upsetting Team Nigma has played a dozen matches for the opportunity to enter the league.

Now their hopes may be dashed by an automatic invite added at the last second. As late as 11 am local tournament time on November 11th, the roster and team name of Yellow Submarine’s opponents was not listed on any website. The official reveal of Just Error, as well as the announcement of three of the player’s departure from Virtus.pro came just over an hour before their first matchup.

But regardless of any initial controversy, the potential of this new stack is undeniable. Ramzes has long been considered the best carry coming out of the CIS region, while SumaiL has earned similar accolades in NA. A team with both of these players on, combined with a veteran squad in the three, four, and five position is a deadly combination. You can catch the squad’s first match together on Epicenter’s official Twitch channel.