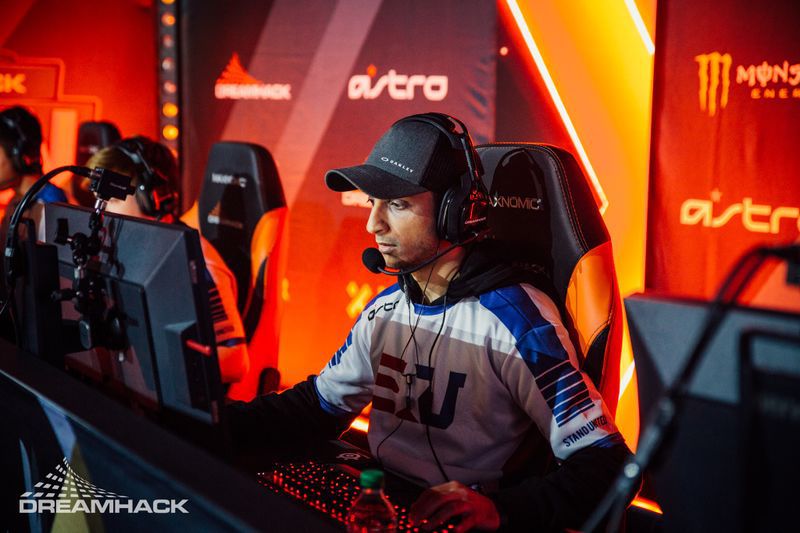 Team Envy’s in-game leader FNS, from back in his CS:GO days with eUnited. (Photo courtesy DreamHack)

Following their swift 2-0 win over Renegades in the quarterfinals of the First Strike NA VALORANT event, Envy’s in-game leader Pujan “FNS” Mehta sat down with Hotspawn to discuss everything from their map pool, their success on Icebox, his in-game leading style and history, and in what way this is the best team he’s ever led.

Hotspawn: 2-0 vs Immortals, you guys looked really good and had a really strong showing on Icebox. Mummay spoke to me and said that Icebox was a map you guys had been practicing a lot. What goes into decision making when it comes to maps during practice.

FNS:  It’s just logic in the sense that we had more time. We made it out of the first qualifier as first seed and simply had more time to scrim Icebox than anybody else. We wanted to make sure we didn’t have to throw that map away. That’s literally our weakest map in terms of scrims, and we did a really good job playing it today.

Hotspawn: Well you guys look really strong on your weakest map: six-for-six on attacking rounds. In regards to having extra time to prepare versus other teams, how does that extra time affect your preparation? And what does the quicker turnaround mean for semis?

FNS: Long-term we kept our same practice schedule; we scrim five days a week against whoever we could. We played less against teams that were on our side of the bracket, which we found out later on. But we got to scrim against almost every single team and see how they play, but we didn’t play Immortals at all. We focus on our game, we focus on us, we focus on making our map pool better. In the short-term it’s similar, we’re going to scrim tomorrow like it’s a normal practice day.

Hotspawn: You guys have a huge advantage with getting to watch Renegades-TSM later tonight and then spending all day tomorrow prepping for that team…

FNS: Right, but we don’t work that way, to tell you the truth. We can, obviously, and we have an analyst helping us out with that, but in general we focus on ourselves and just try to find tendencies from the games we do watch of [the other team]. And that’s the most we exploit when it comes to anti-strating. I do agree there’s an advantage, but they got to watch us as well, and they got to watch us play Icebox.

Hotspawn: That speaks a lot to your leadership style. What gravitated you to the in-game leadership position when you started playing first-person shooters?

FNS: I started in-game leading in CS 1.6. I started because the IGL I had was supposed to be this experienced guy, and I instantly thought I was a better caller than him. I took over from him and didn’t stop since. I transferred over to CS:GO with a Pro League spot. It was a natural transfer for me; I love doing research on other teams, I love outplaying them, I love making calls. It was something I was naturally into. I liked that pressure, and now that I’m used to it, it’s nice to have that experience aspect.

Is @FNS from @Envy the best shotcaller in NA? Watch to see why they're first seed for First Strike: NA! pic.twitter.com/vCeSu4w1Xe

Hotspawn: Was it easy to pick up on who the primary agents for in-game leaders would be in VALORANT?

FNS: No, because I was playing Phoenix when I first started playing. I played a lot of Phoenix when we were ‘together we are terrific’ and I only switched to Cypher because dapr left our team to go to Sentinels. And I kinda fell in love with the role, and you can IGL as long as you play in a certain way. The ideal agent to lead on is a smoke character, because you’re able to coordinate and be with the pack, and you’re gonna be in the middle of the map. All the players chime in with mid-gaming, so I don’t have to worry about calling every single round.

Hotspawn: Everyone on this team has filled into their roles really well, how confident are you guys going forward into First Strike?

FNS: I’m very confident in this team regardless of the result of the next match-ups. This team, when it comes to attitude and vibes; I’ve never been on a team that puts the team first as much as these four players do. Literally all five players on this team care more about winning than their own score.

FNS: Yes. I’ve had certain players in CS that do love their own stats, I’ve always had one or two players who cannot play bad (individually) regardless of the results. My Operator player is my most selfless player, you know what I mean? He plays rifle, he plays Omen, he helps the other rifles, and in my mind he should be the star player. It makes my job a lot easier. I would not succeed without my teammates.

Is TSM beatable? Nah, you need to get very lucky to do it.

Hotspawn: Last question, who would you rather play in the next round, TSM or Ren-

Hotspawn: I knew you would say that.

FNS: Yeah they’re my friends, I want one of us to make it through to the final. And I’ve never played, and I want to beat them in a best-of-three.