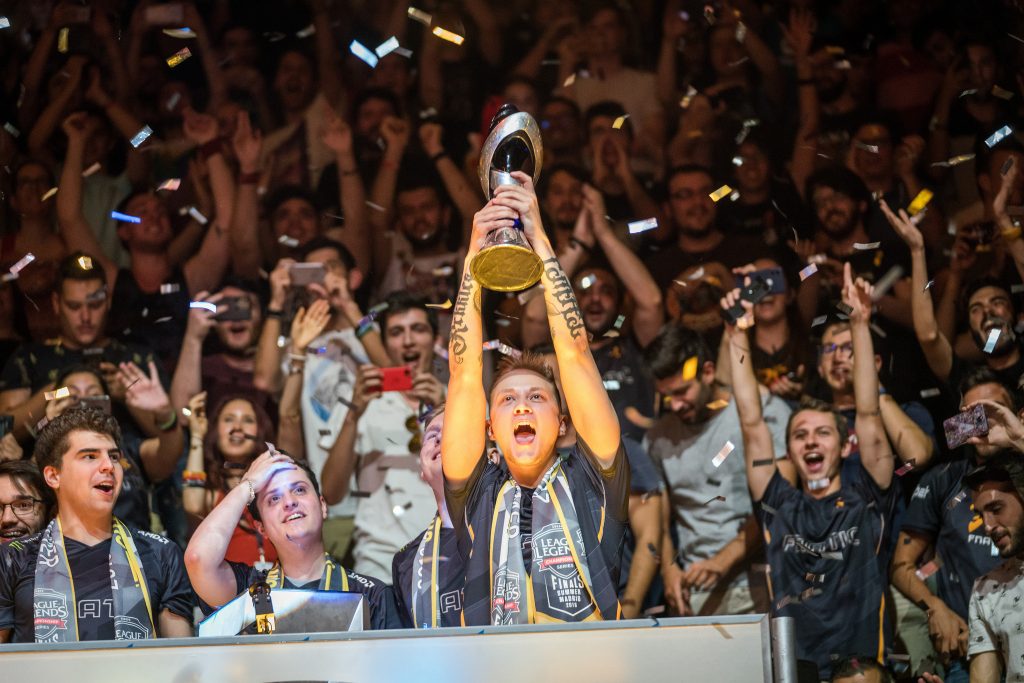 Fnatic closed out the European LCS Summer split with a 3-1 win over FC Schalke 04 Esports, and took home an impressive seventh title as an organization. The win also cemented Team Vitality’s trip to South Korea for the 2018 World Championships.

Schalke 04 started the best-of-five series off hot as they tower-dove the top lane around five minutes into game one. They then continued to hold control over the bottom lane, which Fnatic would fail to recover. In the end, Schalke 04’s was too commanding for Fnatic to handle as they took game one.

Game two was a different story as Fnatic fixed their mistakes in the bottom lane. Schalke 04’s composition was based around Erlend “Nukeduke” Vatevik Holm’s Yasuo, and it was working well until they failed to make a dent at the mid-lane tower. This situation snowballed and resulted in Schalke 04’s loss of river control. After the 22 minute mark, Fnatic has set their feet underneath them and they go off running with game two.

Game three of the series was a repeat of Schalke 04’s failures to capitalize on advantages and leads. They were ahead of Fnatic at the beginning of the match, but they were soon overcome by Fnatic. Thanks to Fnatic’s win over the Baron, they pushed into Schalke 04’s base to close out game three and knock on victory’s door.

Schalke 04 seemed to have gained a second wind as Fnatic was inching closer to the title. As Fnatic let Schalke 04 keep the lead, but they stole the momentum away during a final team fight. Schalke 04 was nearly team wiped from the map as Fnatic’s AD carry Martin “Rekkles” Larsson earned a quadra-kill. Fnatic rode Rekkles’ play to victory and claimed the series over Schalke 04.