Fnatic Finish First in Group A at Flashpoint 2 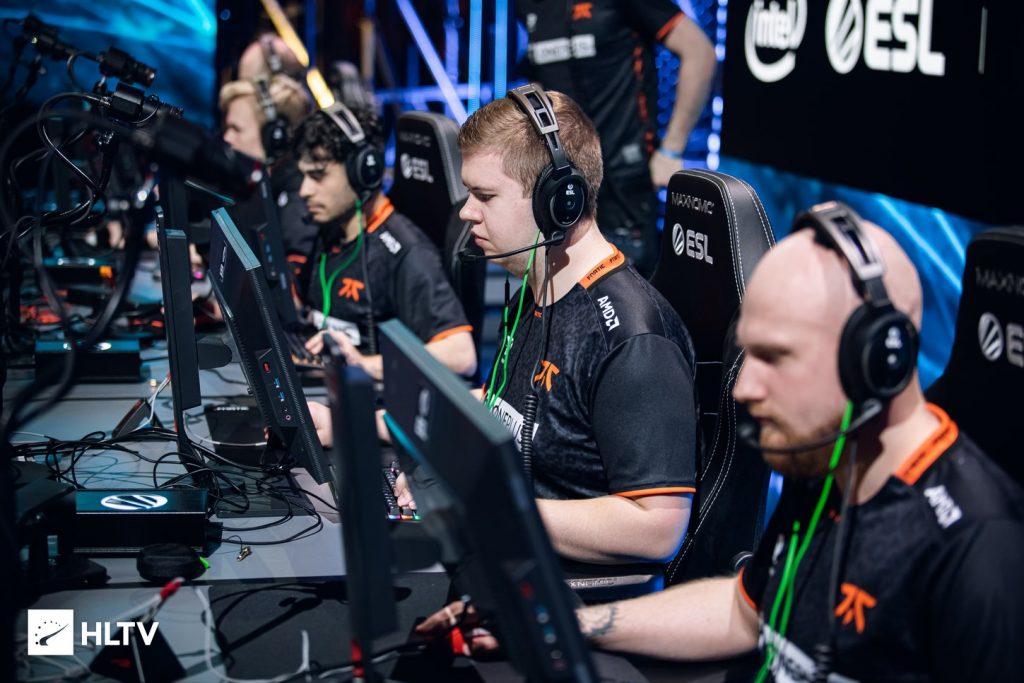 Fnatic have come back from the lower bracket to sweep MAD Lions in their rematch for first seed in Group A. (Photo courtesy HLTV)

Flashpoint Season 2 has gotten off to a very standard start. In Group A, Fnatic have taken first place after sweeping MAD Lions in their Grand Finals rematch. The Swedish side came into the group ranked at number 12 worldwide. MAD Lions were the next closest team at rank 28.

Fnatic’s opening match of Flashpoint 2 was against c0ntact Gaming. C0ntact finalized their roster less than a month ago, but still managed to qualify for DreamHack Masters Winter Europe right after. They were hoping to come in strong against one of the tournament favorites.

First up was c0ntact’s Mirage pick. Their T side started 3-0 after winning the pistol round, but Fnatic immediately got on the board once they had a full buy. The Swedish squad earned six rounds in a row before c0ntact found a response. A close 8-7 half went in the favor on c0ntact. The competitiveness of the map vanished in the second half as Fnatic’s offense worked like a well-oiled machine. Three players earned an HLTV rating of over 1.50 on their way to a dominant ending. Map one went to Fnatic 16-10.

Now on their pick of Train, Fnatic were hoping to quickly wrap things up. C0ntact had other ideas. After pulling together another narrow 8-7 half time lead, it was c0ntact’s turn to frag out on the T side. Despite losing the pistol round, c0ntact fired back by winning eight of the next nine rounds in a row. Fnatic could do nothing as c0ntact took their map 16-9.

So far in the series, each map got more and more one sided. That trend continued as Fnatic set up on the CT side of Overpass. In-game leader Maikil “Golden” Selim led the way with 16 kills and 114.5 ADR, bringing Fnatic to a strong 9-6 start. Fnatic kept the good times rolling on their second half attack. C0ntact once again got bulldozed by the Swedish powerhouse, putting up only two points. A short nine round half resulted in a 16-8 win for Fnatic.

Fnatic weren’t quite playing at full power against a team that they should have no problems with. That form would carry over into their MAD Lions match. The Lions picked Vertigo for their map. However, they struggled to get going on their T side. Fnatic went into the locker room with a 9-6 lead. After a second pistol round win, Fnatic earned five straight on offense, putting them at an oppressive 14-6 score line.

However, finding the closing rounds proved difficult. Fnatic’s creativity was hitting a wall as MAD Lions found many multi-kill rounds.

The map came down to the wire, but Fnatic eventually won the marathon in the 30th round. MAD Lions’ near comeback did give them confidence moving into Fnatic’s Inferno pick. The Danish side’s defensive prowess earned them a huge 11-4 lead over Fnatic. The favorites were unable to keep the same pace come their CT side. The most one-sided map of the series went to MAD Lions 16-11.

It all came down to Overpass. Fnatic needed a mental reset after dropping their map pick without much of a fight. They would do just that on their T side start. A second round force buy after losing the pistol helped Fnatic shift momentum in their favor early. Right away, young star Ludvig “Brollan” Brolin was making an impact for the Swedish squad. He earned a 19-8 K-D ratio with 112.3 ADR and a 1.95 rating in the first half. The result was Fnatic’s best half yet, a 10-5 lead on the less favored side.

However, MAD Lions were quickly clawing back on their own offense. Their stats nearly matched Fnatic’s as the score grew closer. After winning seven rounds straight, MAD Lions overtook Fnatic 15-14. The Swedish side managed to force overtime by the skin of their teeth, but the mental damage was done. A perfect overtime by MAD Lions gave them the 19-15 win, a guaranteed playoff berth, and a spot in the group finals.

The loss against MAD Lions served as a wake-up call for Fnatic. Now in the lower bracket, they had to face off against Dignitas. DIG’s Dust2 was the first map. It was also the second fastest map of the group. Fnatic got off to a flying start on the CT side, shutting down Dignitas at every point of attack. A brutal half ensued in which DIG only put two points on the board. A dominant 13-2 score quickly turned into a 16-6 win for Fnatic.

Now on Inferno, Fnatic was keen on getting this series over with. Despite DIG winning their CT pistol round, they were unable to convert it into a meaningful half. Fnatic’s offense featured three players on 12 frags apiece. Dignitas couldn’t keep up as a team and fell to a 10-5 deficit.

Fnatic had been in this spot just a match prior on Overpass and nearly suffered the same fate. Adam “friberg” Friberg came alive in the second half and nearly led DIG to overtime. Unfortunately for them, Golden shut down a crucial round with nothing but a Desert Eagle.

With that, Fnatic were able to stabilize and take a 16-14 for the series sweep.

In the battle for first seed, Fnatic was looking at a rematch against MAD Lions. First up was the Train pick that they dropped to c0ntact. The Lions were unprepared for this switch up and suffered immediately. They never took more than two CT rounds in a row, leaving their economy in the trash can. A 10-5 half for Fnatic once again put them in control.  For the second time at Flashpoint, Fnatic held their opposition to single digit rounds. MAD Lions had no response on their Train offensive and bled out rapidly. A 16-8 victory for Fnatic was the result.

MAD Lions now needed to win their pick of Mirage to stay in the series. It was their first time playing the map at Flashpoint and something clearly was not right. After winning the pistol and follow-up round, MAD Lions crashed head first into the Fnatic barricade. The Swedish squad read their opponent’s every move on their way to a 12-3 half.

With Group A at Flashpoint 2 out of the way, six playoff spots remain. Groups B and C will conclude on November 21st, each sending two more teams to the postseason. Dignitas will still have a shot at a playoff spot during the Last Chance Stage taking place on the 22nd.