FlytoMoon Surprisingly on Top at BEYOND Epic 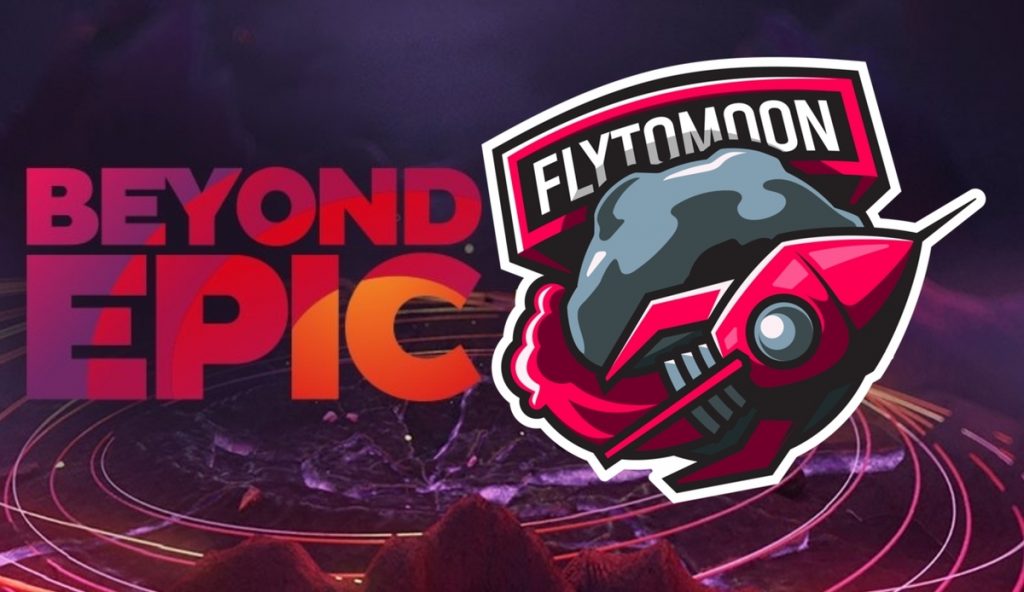 FlyToMoon was the biggest surprise of the BEYOND EPIC group stage, picking up a pair of massive upsets.(Photo courtesy Beyond Epic)

It’s been a busy nine days of incredible Dota action, but we’re finally at the end of Epic Esports Events, RuHub, and Beyond The Summit’s BEYOND EPIC: Europe/CIS event. While the EU and CIS iteration of this tournament has managed to avoid controversy, unlike the Americas, there’s still been plenty of excitement to keep your eyes locked onto.

The biggest story coming out of this group stage has been the rise of FlyToMoon. A staple of CIS competition, the Ukrainian team has posted a phenomenal effort in the opening days of BEYOND EPIC. They scored the first upper bracket spot in their group and knocking down titans such as Alliance, Virtus.pro and Ninjas in Pyjamas in the process.

What’s more, there’s been a humbling of some of the more storied teams in the event. Alliance has looked out of sorts this tournament, and their usually unflappable carries haven’t been able to clutch out wins. Instead, they lurked dangerously close to elimination, only a positive match-difference saving them from an early trip home.

Team Unique won just a single game this tournament but did so against some reasonably big fish. Against OG on June 19th, the squad secured their lone win after mid-laner Egor “19teen” Lexutin dominated with his Kunkka. However, amazing pirate captain skills were not enough to save this team from elimination.

Hang up your PETA call our bear is safe 🐻#DreamOG pic.twitter.com/HhUKa9dYG5

B8, the last-minute stand-ins, have continued their unfortunate standard of play. Danil “Dendi” Ishutin’s team just can’t seem to catch a break. Similarly, Team Empire, the former Team Empire Hope, was barely able to score a single match victory. Despite high hopes for this former youth team, the squad failed to grab anything other than a token win against Team Liquid. The high expectations headed into this event melted away far too quickly.

The last team to be eliminated from the event were Ninjas in Pyjamas. In any other tournament this team would have grabbed a playoff spot to boost their earnings slightly. But the surprising rise of FlyToMoon has forced this perennial B+ player into elimination, having shown signs of life right at the end. Against Virtus.pro, in their final game of the tournament, they fought with everything they had. In games two and three, Charlie “CharlieDota” Arat’s Morphling helped keep the team afloat.

But sadly, the squad had already lost too much. By dropping the first game in the series, they’d be eliminated on match-difference, allowing Alliance to sneak into the lower bracket. NiP was the only real surprise in the bottom four teams.

As previously mentioned, the big news out of the BEYOND EPIC group stage is FlyToMoon. The CIS underdogs have wowed fans and commentators with a performance to put them on the map. While this squad has always done well in smaller tournaments, this is the most success they’ve had on a large stage since 2018, at EPICENTER XL – although this roster retains just two members of that lineup.

After quietly grabbing a win over a struggling NiP squad, FTM’s first big upset came against Alliance. Alliance had already been handed defeat on opening day by Team Empire but had seemingly stabilized by June 19th. Against FTM, Alliance struggled in the opening matchup, as FTM’s supports roamed and grabbed kills. This prevented the late game power of the Riki or Zeus to come online and tinged Alliance’s earlier tweet with irony.

Seems we mixed up next patch notes with current patch, we were just really eager to start the Zeus meta now!🤷‍♂️

Then, in game two, with their resolve thoroughly broken, Alliance took another loss as FTM’s Bogdan “Iceberg” Vasilenko kept his nerves as cool as his moniker. He dominated on Necrophos in a genuinely decisive fashion, preventing his opponent from leaving mid, and then roaming to secure the other lanes.

In their second major upset over Virtus.pro, FTM showed even more prowess in keeping teams from scaling. They stomped out the Slark in game one and rolled over a Troll Warlord in game two. Throughout, it was the consistent play of supports Ilya “ALOHADANCE” Korobkin and Andrey “ALWAYSWANNAFLY” Bondarenko on Rubrick and Jakiro that stopped their opponents in their tracks. It will be fascinating to see if this team can defeat their upper bracket foes and continue this incredible run.

Team Secret are the perennial winners of the EU and CIS scene at the moment. The squad, which has won five events in a row, has barely had a blemish on its play during the last three months. However, during the group stage of BEYOND EPIC, the team relaxed and allowed a single victory to escape them. Not allowing that to dissuade them, Team Secret decided to stomp OG into the ground in their final series of the stage. Coming up against a Johan “N0tail” Sundstein Techies just made Clement “Puppey” Ivanov angry. After a brutal series Secret had finished up their groups with an impressive 8-2 record.

What’s more, Team Nigma is back on form. You really could flip a coin every time Kuro “KuroKy” Salehi Takhasomi and his teammates enter a game. On heads, you get the hyper-talented squad that can win every major tournament. On tails, you get a team that feeds it’s lanes, drafts bizarrely, and forgets what their opponent’s favorite carries are. But against Secret, there was no such mistake. The team relied on it’s time-honored tactic of picking Meepo, and simply out macroed their way to victory. On a good day, this is the best team in the EU. On a bad day, there’s “W322” being spammed in the chat.

It would be easy to suggest that this is already another win for Team Secret. It would be hard to argue against the evidence. The squad has remained dominant in this online-era of Dota 2 thanks to their decisive shot-calling and consistency. From support to carry, every player can put the team on their back and does so in every series.

But if Nigma can keep their fire going, they could challenge Secret, or at least give them a run for their money in the finals. Failing that, there’s always an OG miracle to hope for. BEYOND EPIC continues until Sunday, June 28th, and you can catch all the action on Beyond The Summit’s Twitch channel.