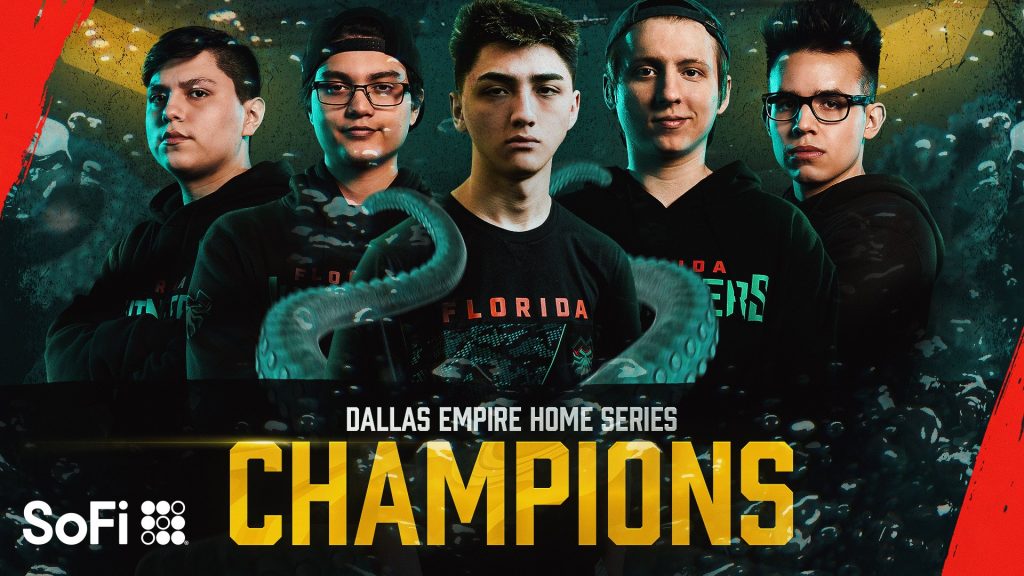 The Call of Duty League recently switched to an online format in response to the COVID-19 pandemic. The first event took place this past weekend and saw two surprising teams go head to head in the grand finale while the two predicted powerhouses couldn’t make it past the semifinals. The new online format did have its fair share of issues that even resulted in a team forfeiting a match. Overall, the first weekend of the Call of Duty League online format provided the same level of entertainment and competition that fans experienced at live events earlier this season.

Chicago and Dallas dominated early in the weekend

The Dallas Empire Home Series featured the two best teams in the league: Dallas and Chicago. Both teams have dominated throughout the season so far and have had little trouble with other teams. Chicago achieved a quick 3-0 against Minnesota on Friday and a 3-1 victory against Paris on Saturday.

Dallas beat the Los Angeles Guerrillas 3-1 on Friday, but Los Angeles did forfeit a match when two of their players disconnected from the lobby. LA has had a very rough season so far, and it was unlikely the forfeited match changed the outcome of the series. Dallas also achieved a 3-2 victory over Toronto on Saturday which secured their position in the semifinals.

Seattle and Los Angeles were unable to find their groove throughout the entire weekend and were swiftly eliminated. Paris continued to perform as a mid-level team who cannot seem to find their rhythm for a constant performance. Toronto did achieve a victory over Florida on Friday but couldn’t repeat the performance and did not win another match throughout the weekend.

Minnesota and Florida moved to the semifinals to face the two most powerful teams in the league and pull off major upsets.

A surprising turn of events

At this point most fans expected a grand final showdown between Chicago and Dallas. Minnesota and Florida were tired of them dominating the league, however, and both managed to pull off impressive wins.

Florida completed the upset with a Grand Final win that marked them as the fourth team to win a home series this season and pushed them to third spot of the league. While the victory was hard fought and deserved, a lot of fans and even players seemed to question the legitimacy of the tournament considering it was online and not a LAN event.

LAN events typically have a fairer and more competitive environment as players are playing in proximity and there is little room for input lag or connection errors. The switch to the online format for the CDL has brought the potential argument that some teams are only winning because of the online connection and could not replicate the performance in person.

"We might be pretty good online but that doesn't change the fact that we just won the last LAN and we'll be the defending champions until the next LAN." – @Clayster in his post game interview with @LandO https://t.co/Ir9CxPvC4O #BuildAnEmpire // #CDL2020

This is most likely not the case as all teams are constantly playing at the best of their ability and are some of the best players in the world. Some pro players such as Crimsix were not happy with the new online format and were not afraid to voice their opinion.

Just trying to stay professional/not get fined/let you guys know my thoughts on this weekends online event…. and the only thing I can really say while trying to do those 3 is by saying that I did not enjoy competing this weekend given the circumstances.

Los Angeles even lost a match because of connection issues which would likely have been a bigger deal if it happened to a stronger team.

The idea of the format causing an advantage for teams was further supported by neither of the dominant teams making an appearance in the grand finals. Both teams did make errors in their matches that the other teams capitalized on, but some hardcore still believe the wins shouldn’t count because of the online format.

Regardless of thoughts on the format, the Call of Duty League will continue to use the online format until the COVID-19 pandemic is controlled.

The Chicago Huntsmen will “host” the next home series on April 24th-26th. Several teams will be making their online debut such as London, Atlanta, and New York. Fans will see if the online format makes a difference in the performance of teams, or if it is an excuse for players who are not happy with the current circumstances.