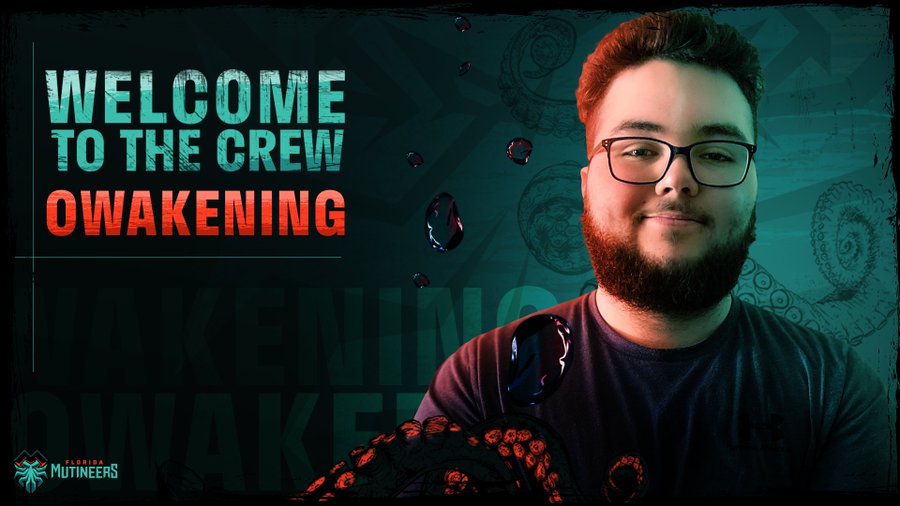 The organization is adding a young star to their lineup. (Photo courtesy Florida Mutineers)

The Florida Mutineers signed Joseph “Owakening” to their Call of Duty roster, the organization announced on Friday.

Owakening is a rising star in the amateur circuit who has established himself as a strong and talented player. Owakening most recently competed with the WestR lineup and dominated the competition at the Call of Duty League Challengers Cup earlier this month.

The Mutineers have not confirmed that Owakening will join the starting lineup, but outside sources claim he will be replacing Maux.

This is the second roster change Florida has made this season, as they benched Prestinni for Fero before the Los Angeles Home Series event. Prestinni has since been transferred to the Chicago Huntsmen where he is reunited with his twin brother Arcitys.

The Mutineers have been a middle of a pack team so far this season and had tough time at their Home Series earlier in May. They were unable to secure a single map win and were swept by the New York Subliners and Minnesota Rokkr. The Mutineers are still in fifth place with 100 CDL points, however.

The Florida Mutineers will not be competing the Seattle Surge Home Series on March 22nd-24th, so the Owakening will have some time to adjust before their first official match. Their next scheduled match is against the Chicago Huntsmen, so Owakening will be up against one of the best teams in the league in his debut match.

The Florida Mutineers will play the Chicago Huntsmen at the Minnesota Rokkr Home Series on June 5th-7th.