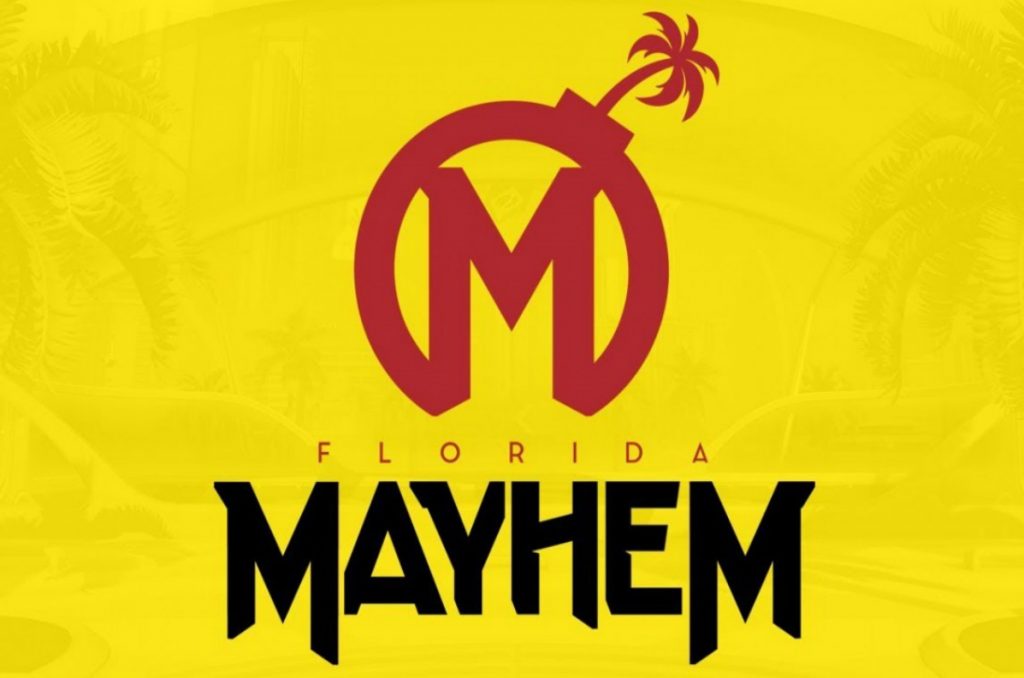 Florida Mayhem decide to release five players and one coach from their 2019 roster. (Image via Florida Mayhem)

The off-season for the Overwatch League has gotten off to an electric start. The Florida Mayhem joined in on the chaos by releasing five players from their roster as well as one of their coaches. This comes after the London Spitfire released three players and a coach as teams look to shake up things significantly heading into the 2020 season. Hyeonwoo “HaGoPeun” Jo, Sangwon “Swon” Yoon, Jaemo “xepheR” Koo, Yong-jun “DPI” Choi and Jae Ho “RaiN” Park officially become free agents after their release from the Florida Mayhem while the team also parts ways with coach Kim “KH1” Hyung-il.

Thank you all for your efforts this season. You will always be a part of the Mayhem family, and we wish you nothing but the best.

Three of the players were tanks for Florida – main tank Swon and the two off-tanks of xepheR and DPI. Florida already had a large selection of tanks to move build off of and made the decision to stick with Pan-seung “Fate” Koo as their main tank option while Beom-jun “Gargoyle” Lee and San-ha “Karayan” Choi will remain with the team in the off-tank role. Fate had been a solid main tank option all year, and Gargoyle showed some promise towards the end of the season.

Florida shakes up their support line with the release of both RaiN and HaGoPeun. Among the roster changes, HaGoPeun’s release is the biggest piece of news as he played a key role throughout the 2019 season on flex support. He is a good player who should be able to find his place on another team going forward. Unfortunately, RaiN never had a chance to truly prove himself on stage with the little playing time he received throughout the season.

Damage dealer DPI rounds out the five players; Florida’s strongest part of their team this past season was their damage play (especially during the 2-2-2 role lock). DPI had even less playing time than RaiN as Jung-woo “Sayaplayer” Ha and Sang-bum “BQB” Lee took up most of the damage-dealing duties.

Keeping BQB and Sayaplayer is key for the Florida Mayhem as they should look to build around the DPS duo as well as their main tank, Fate. Sayaplayer will most likely be the focal point for Florida going into next season. The DPS player has been the highlight of the Mayhem’s first two seasons despite the team overall struggling to find success. He set a record during the 2019 season with the most final plays in Overwatch League history for a single map. That type of explosive play is what Florida desperately needs to progress into the 2020 season.

So Sayaplayer (@minon501) just destroyed the record for Final Blows in a map with 42, but it goes deeper:

The Florida Mayhem have had two disappointing seasons since the start of the Overwatch League in 2018. They went 6-22 in 2019, boasting the worst record in the league. Florida finished in second-to-last during their 2018 campaign with a 7-33 record and finishing ahead of the 0-40 Shanghai Dragons. Florida showed some promise in the final stage of 2019 – going 4-3 and doubling their wins throughout the entire first three stages of the year. A shake-up was necessary as Florida looks to build around their strong DPS duo for the 2020 season.