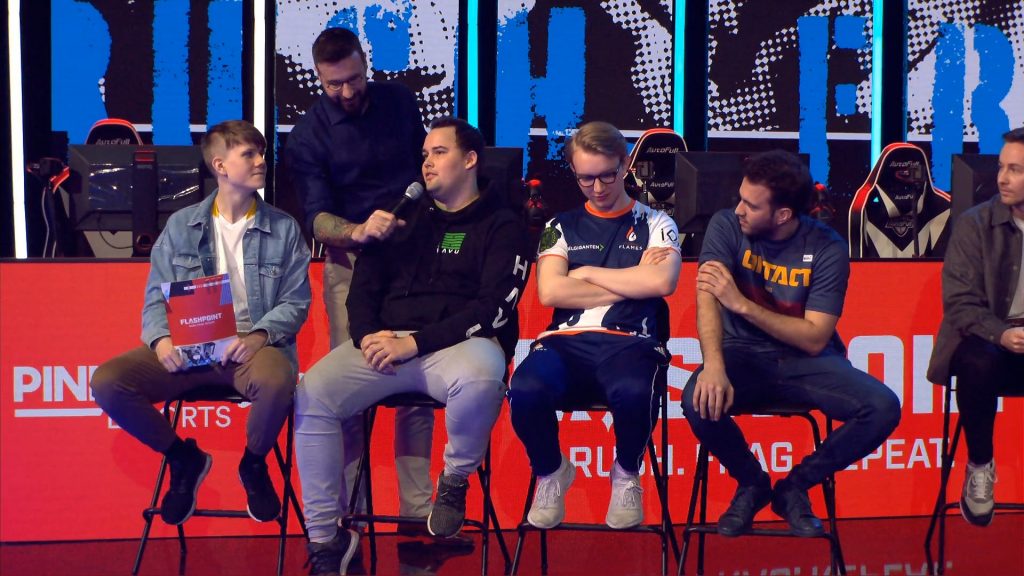 With the conclusion of the Flashpoint Draft Show, the groups have been decided. Group A, also known as the In-Game Feeders, will play first on Friday. The group consists of four all-European teams, three from the Nordic region.

The MAD Lions were the first team placed in the group. Initially, they picked Orgless to be their opponent, but HAVU were swapped into Group A. Orgless chose Copenhagen Flames who then took c0ntact Gaming last.

MAD Lions come into Flashpoint as the highest ranked team overall. While they haven’t won any recent events, they placed well at the ICE Challenge a month ago and even qualified for IEM Katowice. However, that was with the help of in-game leader Nicolai “HUNDEN” Petersen who was benched a week before Flashpoint. Hopefully MAD Lions can adjust to their new IGL Asger “AcilioN” Grunnet Larsen and maintain their standing.

HAVU earned a spot at Flashpoint after going 2-0 in their qualifiers group. However, they were only at the qualifiers as a replacement after SKADE dropped out due to Visa issues. The 30th ranked team in CS:GO now has a chance to show their stuff on a big stage. They aren’t the strongest team individually, but their core has been together for over a year. HAVU’s game plans and synergy will be key to coming out on top.

Similarly, Copenhagen Flames were also not supposed to be here. They failed to make it out of their qualifier group after going 1-2. When BIG dropped out, the Flames’ -1 round differential earned them a spot in the main event. Copenhagen Flames are ranked just below HAVU, making them the weakest team in the group. They also recently replaced two players, one being in-game leader AcilioN who is now with MAD Lions. The Flames’ goal should be taking maps off of the rest of the field.

The final team in Group A is c0ntact Gaming. This lineup, formerly known as CR4ZY is one of the bigger variables at Flashpoint. C0ntact’s highs allow them to play at the level of top CS:GO teams. They have some of the best mechanical players at the entire event. However, they haven’t played since their transfer to the new organization. With three months of rust to shake off, it will be a question of how quickly c0ntact can get on their feet.

The In-Game Feeders matches begin on March 13th at 10:00 a.m. PST. MAD Lions will take on HAVU first, followed by Copenhagen Flames versus c0ntact Gaming. The opening day of play for Flashpoint will be an interesting one.